It’s extraordinary how journalists unquestioningly accepted the shock barring of an African gold medal challenger from competing in the 400 metres final at the World Athletics Championships.

Botswana’s Isaac Makwala, 30, was dramatically refused entry to the London Olympic stadium on flimsy medical grounds last night by International Association of Athletics Federations (IAAF) officials moments before he was supposed to start his race.

Amid hysteria over an outbreak among athletes of a contagious stomach bug, IAAF medics claimed he was “too sick” to run. They alleged Makwala had shown norovirus symptoms by vomiting twice, including in one of their medical rooms – claims he has bitterly denied.

Medics accept Makwala’s heartbeat and temperature had been ruled normal and no blood or any other samples of his were taken to test for the virus in what appears to be a clear case of incompetence. 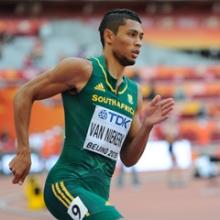 Eight times 400 and 200 metres gold medalist Michael Johnson said on the BBC TV: “Wayde van Niekerk is an IAAF favourite, and now the only person that was his challenger has been pulled out. Conspiracy theories are going round. Who is behind this?”

In the past other athletes have been allowed to compete after being sick, as champion British 400 metres hurdler Dai Greene boldly went on Twitter to confirm.

He tweeted: "I was really ill in the build-up [to the 2010 Commonwealth Games] in Delhi as were so many others. But nobody stopped us racing or tested us."

BBC commentator Allison Curbishley, another former 400m runner, defended the IAAF's decision to bar Makwala from competing, but described its handling of the situation as "a real mess". 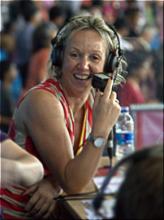 "When he presented himself as being ill, of course the IAAF had to go to their protocols. Illness had already been an issue as of the Sunday, so they were clearly on edge and didn't want it to spread," she told BBC Sport.

"The whole thing comes down to communication. The IAAF did not handle it brilliantly, and if the situation arose again I think it would be dealt with very differently.

"As athletics fans we were robbed of a great head-to-head, and what we might see happen now is if an athlete has the same symptoms later this week they may well keep it quiet."

Even at the current London Athletics World championships no one stopped German Neele Eckhardt from triple jumping after she collapsed, as a result of food poisoning, showing the same symptoms as Makwala.

Before the men's 400 metres final an unnamed IAAF accredited “volunteer doctor” had provided “historical” notes claiming Makwala had twice thrown up in 18 hours. Makwala contradicted this saying it was once.

And his Team Botswana physio Simon O’Brien said he had camera phone evidence he was massaging Makwala, who was fit and well, at a time in the evening when the IAAF claimed the athlete was sick.

In a statement, the IAAF at first said Botswana medics were present when the volunteer doctor saw Makwala. Then they admitted only Makwala and the doctor, who didn’t check the athlete’s blood pressure, heartbeat or temperature, were in the room.

Makwala was livid. He told ITV: “They said: ‘No, you can't run because you are sick.’ I think maybe this is sabotage”.

Van Niekerk was drawn in lane six, Makwala in lane seven, but the Botswanan, who posed the greatest threat to the Olympic champion and world record holder, was not allowed to run. In fact, he was not even allowed in the stadium to watch the race.

His lane remained empty for the race final and for Lord Coe and the IAAF council it amounted to yet another PR disaster.

Makwala had been given medical dispensation to withdraw from the 200m heats on Monday.

Guardian sportswriter Sean Ingle was typical of journalists who accepted without question the IAAF’s unsubstantiated claims saying they were right to bar Makwala.

He said it seemed a “logical decision” because Makwala “was suffering from an infectious disease that required him to be quarantined in his room for 48 hours”.

But other sports commentators, including Michael Johnson, publicly questioned whether the runner had actually been quarantined. They said his roommate had stayed with him as before.

But Ingle said excluding him from the 400 metres final “seemed a given as Makwala had been ill before the 200m heats on Monday and these championships have been hit by more than 30 cases of gastroenteritis, particularly to Canadian and German athletes”.

Makwala took to Facebook to angrily criticise the IAAF decision, saying he was the victim of a “government trap”.

He said: “We [the Botswanan team] fought all day for the truth to come out. I still maintain I have never been sick and not tested by any doctor.” Speaking to the BBC earlier on Tuesday, he added: “I am heartbroken. I feel like it is sabotage. I am feeling good to run.”

However last night IAAF head of medical services Dr Pam Venning insisted that Makwala had come into their medical centre of his own accord on Monday and was seen by one of their volunteer doctors and examined.

“When he was told he had a gastrointestinal disease he tried to leave but one of my other senior members of staff brought him back in because we have an outbreak of gastroenteritis in the hotels and it is highly infectious,” she said.

“He had taken a hi

story, examined him, pulse, respiratory and the history from this gentleman is very clear that he had symptoms similar to all the other athletes classified as having this gastro-intestinal disease.”

In a statement the IAAF said it had sympathy with Makwala but it had to think of the welfare of all the athletes given the outbreak of gastroenteritis, which has plagued the championships. “The team doctor, team leader and team physio had been informed following the medical examination that the athlete should be quarantined for 48 hours and would therefore be missing the 400m final.

“The IAAF is very sorry that the hard work and talent of Isaac Makwala won’t be on display tonight but we have to think of the welfare of all athletes.”

This cock up or conspiracy made one of the most-hyped races of the championships a flat and one-sided contest, with Van Niekerk barely celebrating his victory, which went alongside his 2015 world championships and 2016 Olympic titles.

Indeed he was able to win easing down in 43.98 secs, nearly half a second clear of the silver medallist, Steve Gardiner of the Bahamas, with the Qatari Abdalelah Haroun finishing rapidly to take bronze in 44.48.

Van Niekerk said he wished he could give Makwala his medal.

He commented: “I really wish him a speedy recovery.”

Van Niekerk added: “Obviously there are a lot of fingers that are being pointed right now. I would allow him to have his fair opportunity. I wish he could have run. I have so much sympathy for him. I wish I could give him my medal to be honest. But this is sport. We all have disappointments, we all have tough times – we just have to fight back even harder.”

Victory for Makwala would have earned him his first world title and substantial sponsors’ bonuses. Sympathetic BBC sport presenter Gaby Logan said now that had been denied him Makwala might well have a legal case for “restraint of trade”.

*Marc Wadsworth is a former member of the British Athletics Writers' Association.