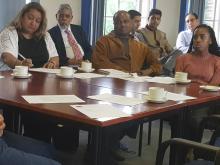 More than 40 key activists from around the country met in Nottingham for the inaugural meeting of the Grassroots Black Left on Saturday.

One of them, veteran socialist campaigner, Mike Wongsam, who is based in Birmingham and active in Momentum, said: “The time has come for Grassroots Black Left. At this exciting moment when we have an ally, Jeremy Corbyn, as Labour’s leader, a nationwide, grassroots, left-wing organisation of African, Caribbean and Asian party members, who support his progressive politics, is long overdue.” 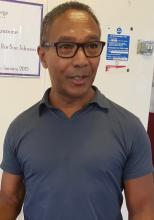 The former chair of the Labour Party Black Sections added: “The 1980s, from which Corbyn emerged, was a high point in the Black struggle and we should learn why that was. We are necessarily grassroots and our Black consciousness is best expressed by Malcolm X who said there can be no White and Black unity until there is Black unity.”

Momentum had introduced liberation strands in its organisation whose right to have direct representation on the national body had been taken away by the leadership earlier this year. But, despite that, these strands were always going to fail as they were not grassroots-led.” 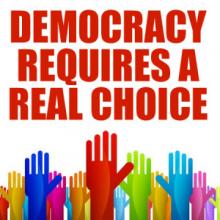 Wongsam went on: “Recent years have seen the retreat of Black consciousness, so we now need to rediscover our unity. The resurgence of the left, with Corbyn’s leadership victories, provides us with an opportunity to do that. We have just had the Lammy Review [that uncovered bias against Black people in the British criminal justice system], following on from the MacPherson and Scarman reports over the last few decades and what this tells us is that nothing has changed. Racism still exists and we must fight to defeat it.”

“We have been failed by government after government and we cannot leave it to white people to deal with issues that affect our communities. We must now concern ourselves with organising ourselves as Black people.” 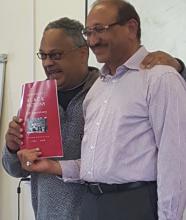 Hassan Ahmed, who hosted the meeting at City College in Nottingham, said: “The turn out today has exceeded my expectation of the number of people who would come. I have received messages of support from several other comrades who wanted to be here, including councillors, but were unable to make it. I am confident this is going to be a movement that makes a big impact on the political scene.”

He gave an insightful history of the struggles for Black self-organisation and self-determination of Labour members from the 1980s onwards, which led to the historic election to the previously all-white parliament in 1987 of Diane Abbott, Paul Boateng, Bernie Grant and Keith Vaz, all members of the Black Sections movement of which he was vice-chair.

The former Nottingham City councillor added: “It’s become clear to me that our country needs an organisation that can fight for the Black people in it that face racism, and other discrimination, including Islamophobia.

BAME Labour, the official body that was supposed to represent Africans, Caribbeans , Asians and other “ethnic minorities” in the party, was defunct and there was therefore a vacuum that needed to be filled.

Ahmed, who was voted in as co-chair of GBL along with Deborah Hobson, went on: “Just the other day the [David] Lammy report gave a glimps of the many tasks we must tackle.”

“We already have allies in the Campaign for Labour Party Democracy, where we are represented on its executive committee, and Momentum that grew out of Jeremy leadership campaign. Momentum has energised and massively increased the party membership, especially among young people and it must be applauded for that.”

“But sometimes Momentum groups have drawn up slates and promoted comrades for office without first consulting Black party members, which they must do. We will not accept being dictated to by the left or the right, and we must be able to choose those who represent us and not let others do that for us. That is why we need this new broad left platform in which Black members can be active and have an organised voice.”

Ahmed condemned the disproportionate number of Black Labour members that had been suspended or excluded from the party due to made-up allegations of anti-semitism that were intended more to shut up Black activists.

A motion giving support to those who had been excluded or suspended, including prominent activists Jackie Walker and Marc Wadsworth, was passed unanimously. It stated the disproportionate treatment of Black party members damaged Labour in the eyes of the Black communities.

Wadsworth, who was elected Communications Officer, said: “The Grenfell Tower disaster showed us, in the harshest of terms, that Black people who are Muslims, refugees, asylum seekers, poor and among the most marginalised in society, are the victims of the worse discrimination imaginable. We must unite and organise to help them.”

Umar Nasheen, a community activist and carer from Oldham, Greater Manchester, said: “There must be fair representation of women in our organisation. Black women are not coming out and being vocal enough. The challenges faced by Black women need to be urgently addressed.”

Nasheen also said issues of concern to the Black elderly and young people should be on GBL’s agenda. Indeed, an eight-page draft Black Agenda document and GBL's aims and objectives were agreed.

Beverley Thomas, of Sheffield, commented: “I’m involved with Momentum and we are doing good political work in our city. It is important we have such alliances with people on the left.“

she added it was equally important that those alliances were on an equal basis, where Black people were valued, listened to, properly represented and respected.”

Birmingham City councillor Mohammed Aikhlaq, who said he had been a Labour and trade union member for 39 years and is a shop steward at Jaguar Land Rover, told the meeting: “We need to remind our communities, as well as everyone else, that the reason we have democracy in the UK, and are not under Hitler’s Nazis, is because Black people fought in World War One and World War Two. So, we have every right to be here and enjoy what those who came before us fought for.” 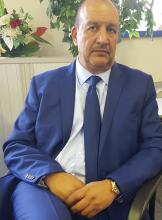 He commented Black people were Labour’s most loyal supporters but, from experience, he knew sometimes they faced opposition in the party and needed to be united to overcome this.

For instance, he was experiencing trouble being reselected as a candidate to run in next year’s local elections for his Bordsley Green ward after its boundaries had been redrawn.

He said there were several Black town hall politicians in similar circumstances and they should be supported.

A GBL steering committee, and regional organisers, was elected as was treasurer Nizam Chowdhury, from Leicester. It was agreed to establish GBL groups by region and city on an individual membership basis to garner the most support from Black Labour members and ensure their voices on key areas of policy started getting heard.

It was decided a launch meeting of GBL would be held at the House of Commons in early next year and, before that, to do “road show” type meetings around the country.

One hundred and thirty five pounds was collected to open a bank account. It was agreed there would be an individual membership fee of £5.

Deborah Hobson gave details of the Facebook group and Twitter @GrBlackLeft account that had been set up and encouraged everyone to join and contribute. Email: grblackleft@gmail.com

Corbyn must fight for Black people to keep their votes