Albinos are target of gruesome attacks in Tanzania 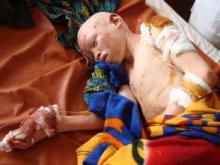 In the past month, a spate of violent attacks in Tanzania targeting people with albinism for their body parts has highlighted a morbid practice linked to witchcraft.

People with albinism, also known as albinos, are born with a deficiency of melanin pigmentation. Those with a complete lack of pigmentation have extremely pale skin and hair, and their eyes are typically a light shade of blue. The condition generally results from recessive genes carried by parents. Albinism in Africa brings with it an increased chance of developing fatal skin cancer, and the lack of pigment to protect eyes against the bright sun can cause sight problems.

Africans with the condition can suffer alienating social stigma in communities where their neighbours and relatives believe them to be ghosts, cursed, or intellectually incapacitated. In some regions, they face a near-constant threat of violence.

UN (United Nations) officials and rights groups reported at least five assaults on albinos that occurred in Tanzania in less than two weeks in August.

On August 5, three men armed with machetes hacked a 15-year-old girl's right arm off below the elbow in the western region of Tabora. Her family was threatened with death and could not scream for help. Later that day, the assailants targeted her uncle, who also has albinism, though he was able to escape.

The three men were eventually arrested, including a local witch doctor who informed authorities that they had amputated her arm because buyers were willing to pay as much as $600 dollars for it.

On August 14, the mutilated body of a young albino man was found lying in a swampy area in the outskirts of Dar es Salam. Pictures of the victim shared on social media showed that a large patch of skin had been excised from his torso and a hole bored into his abdomen.

Two days later, a pair of men attacked a 35-year-old woman with albinism in a small village in Tabora. They killed her husband for attempting to defend her before severing the lower portion of her left arm and fleeing.

Though these acts of mutilation are widely abhorred and spiritual practices in the region vary greatly, in isolated areas with little access to medical information it is still believed that the body parts of people with albinism can impart mystical or magical benefits.

"In sub-Saharan Africa there's a significant belief in witchcraft, which often involves the use of body parts," said Peter Ash, who heads the albinism-rights group Under the Same Sun. "That's been the case in the region for a long time, well before colonization. It's part of a deep-seated cultural, historical, and spiritual practice."

In parts of the Great Lakes region of eastern Africa, UN officials have seen reports of gold miners using amulets made of the bones of albinos to enhance their luck, and of fishermen weaving their hair into nets to ensure a large catch.

Since 1998, Under the Same Sun has documented 332 attacks on people with albinism in 24 African countries, including 147 in Tanzania alone. Ash said that the reported figures are only a fraction of the assaults actually taking place across the continent. Most incidents occur in rural areas, where they sometimes go unreported and are rarely investigated.

In many parts of Africa, albinism occurs at higher rates than in much of the world. In Tanzania, one in 1,400 people have the disorder - roughly 35,000 people nationwide. Globally, the rate is generally one in 20,000. 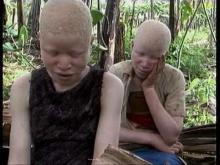 With limbs regularly selling for hundreds of dollars and entire bodies reportedly costing up to $75,000 in a country where the median annual income is less than $600, there is a widespread assumption in Tanzania and elsewhere in Africa that members of the business and political elite are behind the demand. A rise in attacks has been documented in several countries ahead of elections, when candidates have reportedly employed witch doctors to increase their likelihood of victory.

"Witch doctors have long been influential in many communities, but now they're trying to make a buck, rather than just being elder and respected practitioners," Ash said. "Now they're entrepreneurs."

“They are rejected by their families and communities; they don't have access to health services or education. It's a vicious cycle of discrimination and poverty.”

Though Tanzania - where 93 percent of Christians and Muslims say they believe in witchcraft, according to a 2010 Pew Research report - is often portrayed as the epicentre of this grisly phenomenon, much of that perception stems from the presence in the country of non-governmental organisations like Under the Same Sun, which has an office with 20 employees who can be dispatched to document crimes.

After a 2008 BBC report on the Tanzanian trade in body parts horrified the international community, activists began paying closer attention to the plight of albinos in the country. But while closer observation has seen a greater reporting of incidents in Tanzania, the same cannot be said of the rest of Africa, where freedom of the press is weak and rates of violence against albinos remains for the most part unknown.

Because neighbours and relatives are often involved in attacks on people with albinism, police face obstacles even when they are willing to investigate. Families often bury deceased albino relatives in unmarked graves out of fear that their body parts will be harvested even in death.

Amid the increase in attacks over recent years, Tanzania's government has increasingly housed children with albinism in schools created for children with disabilities — an ostensibly protective measure that has lately prompted concerns of segregation.

"When it was proposed, it was an emergency measure, but it has now become a long-term solution," said Alicia Londono, a UN human rights official who recently returned from a visit to the country. "The conditions are very bad. Many of the children already have the early stages of skin cancer, and the staff is not trained to treat this disease."

More than half of these schools now house albino children. Londono described them as "dumping places" where families leave unwanted progeny, and noted that children in these facilities face a risk of sexual and physical abuse.

"They are rejected by their families and communities, they don't have access to health services or education," she said. "It's a vicious cycle of discrimination and poverty."

Ikponwosa Ero, a researcher from Nigeria who has albinism and works with Under the Same Sun, commented that everyday life for children with the condition is immensely difficult.

"The stigma and discrimination is mind-boggling," she said. "Aside from physical attacks, the suffering that happens is beyond comprehension. The ejection from school, rejection from society. I wasn't allowed to step outside at night without a relative, and I was always aware that attacks by ritualists was a possibility."

Activists and UN officials believe that efforts to educate the public about albinism will help abate attacks on albinos and ensure that they have greater access to services and support - but Londono noted that it won't be easy.

"Everyone from authorities who I met to the driver of my taxi referred to beliefs that are attached to the condition, that they are subhuman beings," she said.

Albinos are target of gruesome attacks in Tanzania