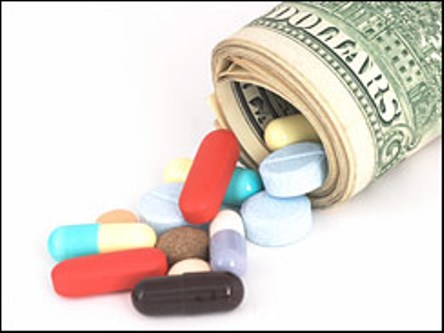 Trade unions in the US have said that they will not support the Democratic Party's health-care bill unless "substantial changes" are made to the current Senate version. And they have criticised American President Barack Obama for "abandoning his own principles".

Richard Trumka, President of the AFL-CIO (the equivalent of the UK's Trades Union Congress, said in a statement to reporters that without a public option for insurance coverage or an employer mandate - and with a tax on high-end insurance plans that some union members get - the health care legislation supported by Senate Democrats falls far short of meeting his group's standards.

"(For) this health care bill to be worthy of the support of working men and women, substantial changes must be made," said Trumka. "The AFL-CIO intends to fight on behalf of all working families to make those changes and win health care reform that is deserving of the name."

The remarks are a strong indication that the coalition of pro-health-care-reform groups has begun to fray. Earlier in the day, Service Employees International Union President Andy Stern penned a letter to his fellow union members in which he called out President Barack Obama for abandoning his own principles of reform. 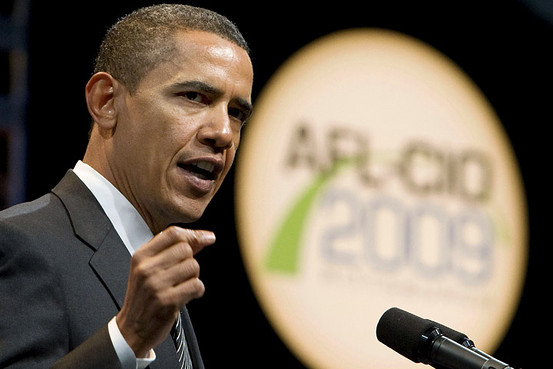 "President Obama must remember his own words from the campaign. His call of 'Yes We Can' was not just to us, not just to the millions of people who voted for him, but to himself. We all stood shoulder to shoulder with the President during his hard fought campaign. And, we will continue to stand with him but he must fight for the reform we all know is possible," Stern wrote.

"Our challenge to you, to the President, to the Senate and to the House of Representatives is to fight," Stern continued. "Now, more than ever, all of us must stand up, remember what health insurance reform is all about, and fight like hell to deliver real and meaningful reform to the American people."

Stern, like Trumka, called for Democrats to make changes to the legislation as the process moves forward. And his rebuke of Obama - a staunch personal ally - was a telling sign of the growing frustration within the labour movement.

Both labour leaders were particularly incensed over the concessions made by the Senate's Democratic leadership to Sen. Joseph Lieberman (I-Conn.), the 60th member of their caucus. "The public option is declared impossible. Americans cannot purchase Medicare at an earlier age. The health insurance reform effort we have needed for a century is at risk," Stern wrote.

Officials at both unions met late into the night on Wednesday in emergency sessions to discuss the Senate bill. Aides say the conversations were lengthy and, at times, emotional. The labour community, while privately angry with the White House and Democrats in Congress, still needs the support of these lawmakers on other legislative priorities. Meanwhile, having poured millions into advertisement and man-hours in order to get health care passed, they have watched in horror as the principles they worked for were abandoned in a matter of days.

Officials are also aware of how much would be lost by simply scrapping the bill altogether. Stern noted that under the Senate's bill 30 million additional people would be covered, pre-existing conditions would no longer be an excuse to deny coverage, and people who get sick would no longer lose their insurance. Trumka, likewise, pointed to "good things" in the Senate bill, including the fact that "insurance companies will no longer be able to deny coverage based on pre-existing conditions or impose lifetime or unreasonable annual limits."