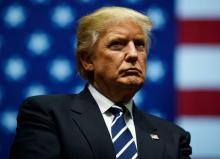 Research clearly shows that the US has a long history of interfering in the elections of other countries, reports Richard Lance Keeble.

While a major controversy over alleged Russian interference in the 2016 US presidential elections currently grips Washington, it is easy to forget that America interfered in more than 80 foreign elections from 1946 to 2000.

Political scientist Dov Levin, of Carnegie Mellon University, in Pittsburgh, Pennsylvania, has produced a database identifying such interventions – which do not even include military coups or regime-change moves as in Iran, Congo, Guatemala, Chile and many other nations.

Carried out in secret two-thirds of the time, these interventions include funding the election campaigns of specific parties, disseminating propaganda or misinformation, assisting one side in the production o

For instance, during Italy’s 1948 general election the CIA backed the Christian Democrats against the Communists – covertly delivering “bags of money” to cover campaign expenses, sending “experts” to help run their campaign and threaten

ing to halt US aid to Italy if the Communists were elected. Moreover, according to Levin, the US was to interfere significantly in seven subsequent Italian elections.

After the 1986 overthrow of dictator and US ally Jean-Claude “Baby Doc” Duvalier in Haiti, the CIA masterminded a campaign against Jean-Bertrande Aristide, a Roman Catholic priest and advocate of liberation theology. A military junta, financially backed by the CIA, went on to unseat Aristide after he won a landslide election victory over Marc Bazin, a former World Bank official favoured by the US.

During the 1990 Nicaragua elections, damaging information on alleged corruption by the Marxist Sandinistas was leaked by the CIA to German newspapers, according to Levin. The Sandinista candidate, Daniel Ortega, went on to lose the election to opposition leader Violeta Chamorro.

Given the current controversy over alleged Russian backing for Donald Trump in the last presidential elections, it is ironic that another occasion when the US attempted to sway a foreign election was in Russia in 1996. Then, President Clinton approved a $10.2 billion IMF loan tied to privatisation, trade liberalisation and other measures intended to lead Russia towards a capitalist economy. President Yeltsin used much of the loan to bolster his own support before the election, directing it towards social spending, including the payment of back wages and pensions.

In the Middle East, the US has constantly sought to back candidates perceived to favour its interests. In 1996, for instance, President Clinton openly supported Shimon Peres, organising a peace summit in the Egyptian resort of Sharm el Sheikh to boost his popular support and inviting him to a meeting at the White House a month before the election.

In 2000, the US donated millions of dollars to political parties, campaign costs and independent media in their moves to oust Yugoslav leader Slobodan Milosevic. This funding proved a decisive factor in the subsequent election victory of Vojislav Kostunica as Yugoslav president, according to Levin.

As Guardian columnist Owen Jones commented: “Allegations of Russian interference in the US elections are undoubtedly alarming, but there’s a double standard at play. Meddling in foreign democracies only becomes a problem when the US is on the receiving end. The US has interfered with impunity in the internal affairs of so many other countries. The day that all such interference is seen for what it is – a democratic outrage, unworthy of any great nation – will be a great day indeed”.

Yet the US has not been alone in trying to interfere in other countries’ elections: The Soviet Union and Russia attempted to sway 36 foreign elections over the same period. For instance, during the 1948 Italian elections, the Soviets directed as much as $10 million monthly to the communists. And between 1960 and 1969, the Soviet government is reported to have funded the Communist Party of Chile at a rate of between $50,000 and $400,000 annually.

Levin added: “We know also that the Chinese have used this technique and the Venezuelans when the late Hugo Chavez was still in power.”

*Richard Lance Keeble is Professor of Journalism at the University of Lincoln and Visiting Professor at Liverpool Hope University. His Covering Conflict: The Making and Unmaking of New Militarism  (on Fleet Street’s war reporting since 1945) has just been published by Abramis.

'Right to protect' hypocrisy of America on chemical weapons