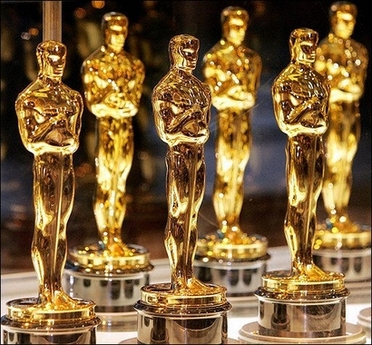 The Golden Globes went Avatar blue. The People's Choice Awards went gaga for Tarantino's Basterds. Now the recently announced Oscar nominations have left us longing for A Single Man, a Hurt Locker and a Precious story taking us Up in the Air writes Maria Tadeo.

The countdown has officially began as the Kodak Theatre waits for the envelope to open revealing the magic words of the night The Oscar goes to...

Hopefully we’ll get to see a fashion extravaganza, a cheeky Adrien Brody-esque kiss or a sobbing Kate Winslet to spice up the 3 hour long ceremony.

But what is it that makes us bite our nails and pull our hair in desperation while watching the Oscars? At the end of the day do we really care whether George takes it home or fellow Brit Carey Mulligan makes her official debut in Hollywood? Hell yes!

These awards are subjective lists produced by a bunch of elitist film critics but we all love a winner just as much as we love rooting for the underdog. After all there's nothing better than a good fight in Louboutin heels and Armani suits.

Why do we love the award season so much and we do we seem to care now more than ever? The reason for this is simple as Hollywood has funnily enough come up with various surprisingly good films after years of mediocrity. 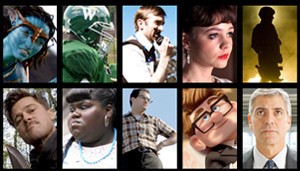 For the first time since 1943, there are 10 films up for best picture-instead of the usual five- and the competition is fierce. Basterds, Avatars, Hurt Lockers and a funny hatchet man Up in the Air want to take Uncle Oscar home!

Hollywood's heavyweights contend the best director category in the so called battle of the exes as James Cameron and his former spouse Kathryn Bigelow are both nominated for Avatar and The Hurt Locker. Ouch this is going to hurt!

But let's not forget about cheeky Quentin Tarantino whose particular vision of the Second World War has won Inglorious Basterds a total of eight nominations. Will Tarantino spoil Cameron's big night and finally take the Oscar home?

'Sicko' opens in the cinemas