Newsquest London press group editor Andy Parkes is furious with the capital's Mayor Boris Johnson and Olympics organisers after being left with no full press passes for his group of local papers to cover the Olympics.

In May, the British Olympics Association (BOA) responded to a regional press campaign - of which Parkes was a vocal supporter - by allocating 39 press passes to local papers.

As revealed by Press Gazette last year, the BOA had initially granted just a handful of local newspaper press passes, including just one for the whole of London, with local newspapers expected to get their coverage from the Press Association.

But when the BOA announced its U-turn in May, Parkes’ Newsquest titles were a surprise omission. 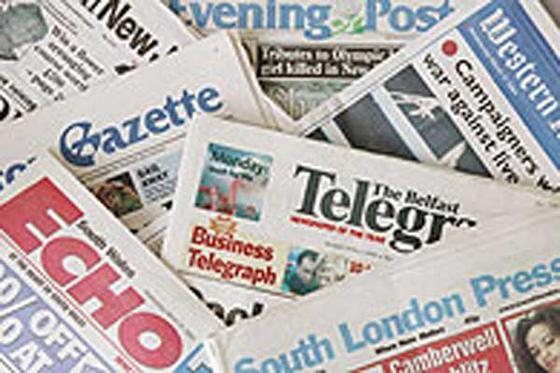 “I haven’t got a pass to get me into any other event at all. We’ve got Greenwich on our patch, where all the equestrian events are taking place, but I’ve absolutely nothing for that. I can’t get into any of the venues in the Olympic Park.”

What Parkes finds particularly irksome is the fact Boris Johnson - before his re-election - promised the papers tickets earlier this year.

“You will have access to all areas if I am Mayor,” he said in March. “Bollocks to numbers, he said, we’ll sort you out.”

Parkes feels that Johnson has “let us down extremely badly” and plans to take the issue up with the Mayor, and feels the same about the BOA.

He added: “I’ve run a campaign, ironically, to get some justification for this, and as a result of that, an awful lot more passes went to an awful lot more newspapers, but here in London, the greatest show on earth, which we now have on our doorstep, which we should be covering for our readership, and we get next to nothing.”

When the Games begin, says Parkes, his papers are now “bound to have to report on the other side of things”, which will be some of the traffic problems they have, and some of the other challenges that will be faced.

“If we’re not careful, we’re going to end up reporting on the negative side of the events and we’re not going to be able to put across the other side of the coin.”

He estimates that across his patch, more than 200 athletes could be taking part in the Games. Instead of attending the events, the papers will look to speak with the athletes, managers, trainers and families.

“We’ll do what all our journalists do on a day-to-day, week-to-week basis  - we cover things in the best way we possibly can,” he said. “It’s still an absolute bloody travesty that we haven’t been provided with the coverage we need to cover these things, when we’re sitting here in London.”

Parkes added: “The key point is that we are local, reporting on things like when they dug up Greenwich Park for the equestrian events, they made such a mess of the park.

“We put across the various cases for that and have been very supportive of the Olympics. It’s ironic, therefore, that when we’ve done publicity for them, when it comes to the crunch, we get nothing, we get totally overlooked.”

'My son was stabbed and I feared he would die'

END_OF_DOCUMENT_TOKEN_TO_BE_REPLACED

BFI London Film Festival, 2020
10 months 8 hours ago
Think Digital Summit UK & Ireland 2020
9 months 4 weeks ago
Parliament for Researchers – how to engage with the UK Parliament
9 months 3 weeks ago
James O’Brien in conversation: How Not To Be Wrong
10 months 2 weeks ago
Diwali festival, India
8 months 3 weeks ago
END_OF_DOCUMENT_TOKEN_TO_BE_REPLACED