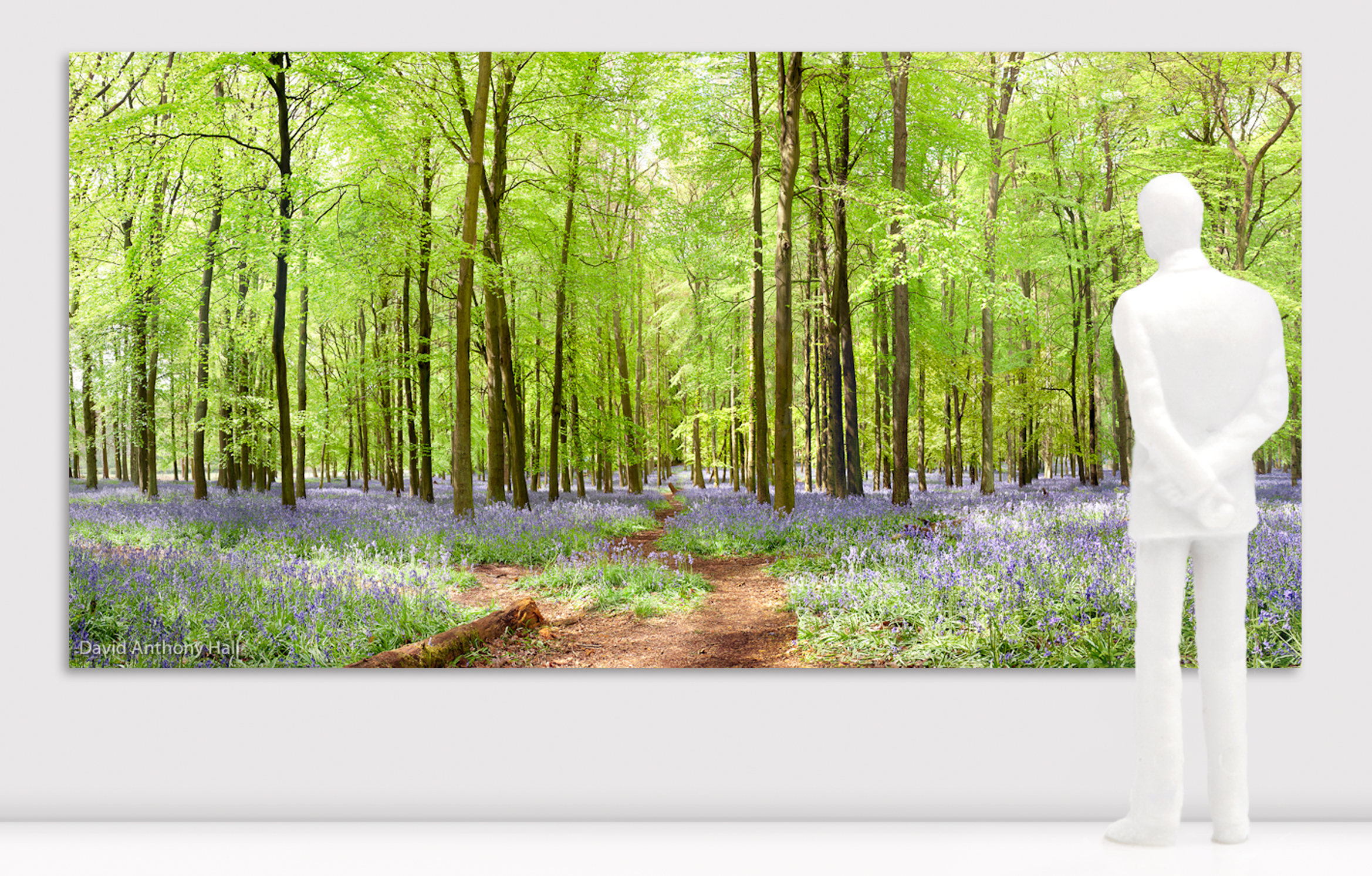 Hall's work will form the inspiration behind a garden design at this year’s RHS Chelsea Flower Show opening on 24 May. His work forms the focus of an urban garden and creates a first for garden design using photography as an intrinsic element of the outdoor space.

The urban garden is being created by Thompsons Gallery to show the harmonious link between art and the creative outdoor space. The idea is the brainchild of gallery owner, Sue Thompson, who said: “Thompson's gallery is passionate about the work of David Anthony Hall and hopes to demonstrate how art can be an integral part of the structure of a garden”

The conclusion of the RHS Chelsea event will coincide with Halls next West End solo show. He plans on donating the proceeds from "Bluebell Woodland" to the Children's Acute Transport Service (CATS) the London based ambulance service for critical ill children.

Hall hopes to raise ten thousand pounds for the charity and boost publicity for the organisation through the sale of his work. Supporting charities with his work is important for Hall who has previously donated work to various charities including McMillan Cancer Support and Photovoice. This summer as well as the CATS charity he will be supporting a Marie Curie auction at the Royal Academy of Art.

At his last solo in 2009 Hall produced "Autumn Light" a 1.5 x 2.8 metre Artist’s Proof mounted in acrylic block, which not only raised nine thousand pounds for charity, but was the largest picture of its type in the UK at that time. “As the size of my work increases the natural progression is to move outside” said Hall.

“I have plans for some really huge public art pieces and Chelsea is the first step on that road. I have a personal ambition is to cover a London Underground platform with some of my woodland images, in someway society has become over-civilized and we have lost touch with our environment. My work represents my emotional and mortal attachment to the forces on our planet and the beauty found in it.”

The RHS Chelsea project has created various technical challenges for Hall including the outdoor durability of the work, the garden space itself and the customers own view of photography in the garden and permanency they wish to achieve with it.

Currently experts have suggested lifespan of the images could be between five and nine years, but each image will be custom finished to suit the client’s requirements and to maximize permanency. Hall said: “Initially the concept garden was to brighten up difficult outdoor spaces including courtyard gardens. Done right I believe we can add depth, colour and a focal point to these areas. It also opens debate, breaks the rules and challenges convention, whilst pushing technology and the creative community to consider placing art outdoors.”

*Dublin born Hall, turned his back on commercial work in favour of his passion for taking photographs of natural landscape after many years as a still life photographer. Hall's images are often of ancient trees, or landscape that tells a story of some long forgotten time.

He employs a panoramic technique to capture a multitude of shots that go into the one final image which he later weaves together in his digital darkroom. Acutely aware of how time ebbs away from all of us, Hall is intent on capturing places where life has its own momentum.

He said: “I want my work to represent my emotional attachment to the forces on our planet and our fleeting presence on it, to be able to connect the viewer just for a moment with the beauty found outside their busy daily lives. These landscapes have seen many generations come and go and I want them to see many more.”

Spartacus R. founding member of OSIBISA/GAPRadio has passed on