TV chiefs have been celebrating the success of a long overdue documentary film about the more than 10,000  Caribbean volunteers who fought for Britain in the Second World War.

The-Latest.Com, who co-produced Fighting for King and Country, Britain’s Caribbean Heroes, have been told the BBC 4 film broadcast last week had got a huge 87 percent appreciation rating.

Eighty percent of the BBC focus group of viewers said they thought the programme was “fresh and new”, which was double the average figure.

BBC big wigs, including TV chief Danny Cohen, were said to be really pleased about the reaction because they believed it was right to put Black history in front of their audience. This is despite some industry concerns that such programmes don’t pull in a big enough audience. 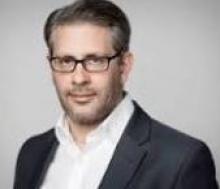 The film’s producers Marc Wadsworth and Deborah Hobson, editor and deputy editor of The-Latest.Com, met with the BBC’s BAFTA-winning executive producer Chris Granlund and director producer Matt Cottingham this week to talk about the programme.

Wadsworth said: “We were delighted by the overwhelmingly positive feedback. This is not only good news for the wonderful war veterans, Britain’s unsung heroes, who made this a must see documentary but also for Black filmmakers.”

He added: “It is not easy to get black programmes on television or radio because powerful commissioners who decide what is shown too often don’t believe such content will appeal to their wider white audience. Our film nailed that myth.”

The film is based on the documentary, Divided by race, united by war and peace, made by The-Latest.Com.

Black former BBC chief creative officer Pat Younge, congratulating Wadsworth on Facebook, said: “It wouldn't have been made without your perseverance, so well done.”

Viewers comments included: “I was surprised. I wasn’t aware that these men have no recognised memorial. It’s a disgrace.”

Another said: “Nice to hear about how those from the Caribbean were part of the war effort and for their sacrifices to be given a proper airing.”

Community group Nubian Jak, which puts up plaques to commemorate Black historical figures, has built a monument to black war veterans. But they are having to fight to find somewhere to put it.

Spread the word that Fighting for King and Empire, Britain’s Caribbean heroes can be viewed here on BBC iPlayer where hits count towards viewing figures. It will be taken off iPlayer in three weeks time.