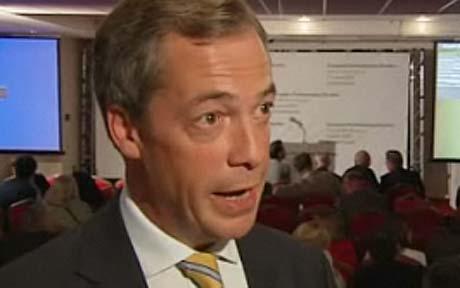 Once again, the issue of veiling has resurfaced, this time after the United Kingdom Independence Party’s former leader Nigel Farage has called for Muslim women to be banned from covering their faces in public places and public buildings, writes Jess McCabe.

No doubt enlivened by the proposals for similar bans in France and Denmark (in the latter country, a recent study found that only three Muslim women wear the full-length burqa, along with a handful of women who wear the niqab). Farage wants us to believe such a ban would be neither “radical nor ridiculous”. The Guardian reports that he wants to impose such a ban in the name of: “preventing extremists from imposing their culture- including Sharia law- on Britain”.

When he talks about Muslim women who choose to wear the niqab (and other forms of veiling which involve covering their faces), as “imposing their culture” on Britain, we can learn a lot about where this illiberal and intolerant desire to uncover Muslim women comes from.

For Farage, the mere glimpse of a woman who chooses to veil in this way, and is therefore visibly "different" to his concept of what British culture constitutes, is a threat. But what’s the real threat to British culture? Muslim women choosing to veil – or UKIP, who wish to make this sartorial and religious choice illegal in public places?

“It is all too easy to pounce on the weakest members of society (the women, the minorities, the Muslims) in an effort to reinforce the superiority of White European culture. To avoid appearing bigoted and xenophobic, this superiority is couched on enlightened values associated with the freedom of the individual.”

The fact that women covering their faces makes some people uncomfortable cannot, in a free, liberal society, be a justification for forcing them to conform to UKIP’s notions of what women should be wearing, or force them to choose between veiling and the right to enter public places and participate fully in society.

Given that Farage literally wants to restrict already marginalised women from accessing public space, his misuse of the rhetoric of feminism and women’s rights is ironic at best. And, perhaps it is no surprise he’s confused over what would increase women’s rights and what would restrict them, if we look at UKIP’s record on gender issues.

*Jess McCabe is the editor of The F Word.

When Are White People Going to Get Over It?

Why I blew the whistle on Mayor Livingstone

Saddam's to hang, so why aren't Blair and Bush on trial?