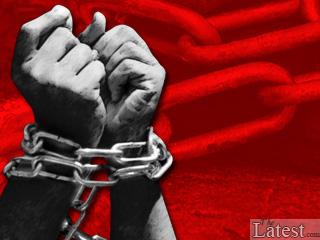 Today is Trinidad and Tobago's Emancipation Day. How fitting then that I should tell you about a man who has championed the contribution made to Britain by African and Asian Caribbean people yet is little known outside literary and Black political circles.

The publication of Ron Ramdin's new book The Griot's Tale coincides with Emancipation Day, which commemorates the freeing of slaves of African origin. It is the latest novel from the British historian, biographer and novelist of Indo-Caribbean origin and provides a timely opportunity to draw attention to his works.

Ramdin is a British Trinidadian who has spent most of his life writing about the contributions to the UK of African and Asian peoples and their struggles against the oppressiveness of empire and post colonialism.

Set in England during the late eighteenth century and the Regency period, the story is about Adamah, a griot or African story teller driven to travel from the Caribbean island plantations to England where he is set free. The novel is described by Dr. Ariella Atzmon, formerly of Jerusalem's Hebrew University, as "a rare literary work in which the griot replaces the oral by the written word, where words say more than it speaks and means more than it utters …"

This is Ramdin's second novel, following Rama's Voyage published in 2004. In that work, the  "Indian Mutiny" of 1857 provides the backdrop for a tale charting the travel of a child who escapes his impoverished village existence in search of a better life in the city, but ends up on a British  "Coolie" ship transporting indentured labour to the Caribbean cane fields, where they are to replace the former slave system.

The book met with widespread acclaim. The Trinidad Guardian stated:  "Rama reminds me of Voltaire's Candide through whom we experience the suffering of the underdog."   Dr. Priti Singh, of Jawarhlal Nehru University in India, wrote:  "it is a quest for identity denied to peoples around whom the story is woven  — the indentured labourers  …on their way to Chinedad as they knew it."

Born in Trinidad, Ramdin is the eldest of seven children, to parents who were indentured labourers from India. Asked what drew him to England, he says that it was growing up close to all things English and his family's poverty. The wooden house he grew up in was next to the famous Union Park Race Course; and he played football on Texaco's prestigious Guaracara Park, home for visiting English cricket teams and the best football pitch in the Island. (He became the first Indo-Trinidadian to play first class football for Trinidad.) Combined with his father's struggle to support the family on a weekly income of  £2, this forged a desire in him to leave Trinidad for England from the age of 15.   But lack of funds for his passage forced him to stay on until he was 19 doing  "intermittent hard labour" to earn his fare. 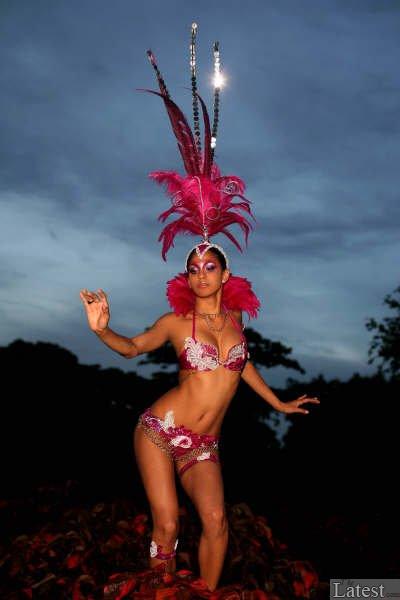 His story is not quite like that of other Caribbean immigrants. Within three months of arrival in London, Ramdin found himself a job at University of London library at Senate House, beginning a long career in public libraries, which in turn fed his writing career.   During his seven-year stint at Senate House, Ramdin pursued a flirtation with his first, teenage love  — music and performing arts - which resulted in a diploma from the New Era Academy of Drama and Music. He performed at various pubs and venues in London.

Ramdin eventually grew out of pop and performance and turned to academic studies. At the same time he moved to the British Museum as a library assistant. He is animated when he talks of his first day at the round Reading Room in the British Museum He says:  "It was there that what until then had been a vague desire to write took a stronger hold, especially when I realised that the great works of literature by celebrated writers such as Thackeray, Carlyle, Dickens, Shaw, and Marx and Lenin were written within that space".

As if challenging the British Museum's stuffy image, Ramdin produced a variety concert for Save the Children, performed by the museum staff. He also became an active trade unionist, holding office in the civil service union.   Ramdin regards this as a fruitful interruption to his aspirations for academic qualifications, providing him with a good grounding for his future career as a historian, learning about ordinary white and black people's struggles.

Among his many achievements, he regards the zenith as his leadership in the struggle for better pay and conditions for junior staff at the British Museum, which led to the first closure of the place in 1973  — something for which the British Museum bosses never forgave him.

He observes:  "It was unthinkable at that time for a  'coloured' man like me to lead white working class people who were largely a conservative lot."

And he recalls the description of his union activities by the eminent rare book dealer, Anthony Rhys Jones, as the  "radicalisation of the Bloomsbury village". Tim O'Keefe, the literary editor and publisher, dubbed him  "The Lenin of Museum Street".   Ramdin claims that the dispute at the British Museum and his  "engaging personality and negotiating skills" helped him become the first elected secretary of the newly formed Whitley Council, representing all five British Library unions.

Despite his national profile in the trade union movement and the mooting of him as a potential  'Black MP' by the then Deputy General Secretary of the Civil Service Union, John Sheldon, Ramdin decided to enroll at the London School of Economics in 1979 to do a BSc in Economics and started writing his first book, alongside his union activities. Asked how he managed the different pursuits, he shrugs and says:  "Discrimination was widespread at the workplace so Black people had no choice but to do all the extra overtime possible; and among those with educational qualifications who wanted to make progress in life, there was a well known saying: you have to be twice as good as the whites".

From Chattel Slave to Wage Earner appeared in 1982, and dealt with Trinidad and Tobago's labour movement pre and post the nation's Independence in 1962.   Ramdin says that the introduction to the book by literary giant CLR James, a fellow Trinidadian, played a vital role in securing him a publisher, and he goes on to talk about the difficulties B.lack and minority writers faced and continue to face in getting their books published in the UK.   The book was received well and widely read in the West Indies. Sam Selvon, the famous Trinidadian writer and author of the classic The Lonely Londoners, described it as  "an outstanding work" and Lord David Pitt wrote:  "Your book is a very important contribution to the study of the social and industrial development of Trinidad … and the West Indies are greatly in your debt".

That same year Ramdin joined the BBC as a freelance journalist. After four high profile interviews, one with fellow Trinidadian, the newscaster, Sir Trevor Macdonald, Ramdin left the BBC to pursue a career in writing.

Ramdin was to meet CLR James again in Brixton in 1985 when he was researching his biography of Paul Robeson and speaks warmly of CLR's unconditional support.

In total Ramdin has produced four major historical books, which are major contributions in filling the gap in Britain's colonial history. The works have acted as reference points for schools, academic research, community projects and TV documentaries. Programmes like the award-winning The Unknown Soldiers, for which he was script consultant and on which he appeared, have borrowed significantly from this work.

The Making of the Black Working Class in Britain, his second historical book, appeared in 1987. It deals with the changing historical pattern of Britain's labour needs, colonial labour institutions (slavery, indentureship, and trade unionism), and the contributions of African Caribbean and Asian people in British working class struggles. In Re-imaging Britain, published in 1999, he provides an account of the presence in Britain of Black people from 1500 onwards. Arising From Bondage: A History of the Indo-Caribbean people followed in 2000.   Based on official documents and unpublished British, Indian and Caribbean sources, it narrates the extraordinary perseverance and courage of Indo-Caribbean people since their first arrival in Guyana in May 1838 to replace the emancipated African slaves.

Ramdin has also produced three biographies, covering the lives of Paul Robeson, Martin Luther King Jnr, and Mary Seacole. His interview with Sam Wanamaker about Robeson, conducted at the Globe Theatre, was recently released as a CD by the Theatre.

He has lectured in universities in Seville and Murcia, Spain, and at the Sorbonne in Paris; delivered the Whitbread Cardiff lecture in 1997; and appeared at the Cheltenham Festival of Literature.   Ramdin has also received a number of accolades for his service to literature. He was awarded the Scarlet Ibis Award in 1990 and the Outstanding Achievement Award in 2006 by the Trinidad and Tobago High Commission and the Doctor of Literature degree was bestowed on him by the University of London in 1996.

As I parted company with Ramdin at   central London's Malabar Junction Restaurant, close to the British Museum, I couldn't help wondering why, despite his achievements, this tall charismatic Indo-Trinidadian London resident remains a relatively unknown figure to the capital and the UK?   Why are his books not used more widely in schools and museums and read by more adults, many of whom still seem to believe that African and Asian people first came to the UK in the 1950s!