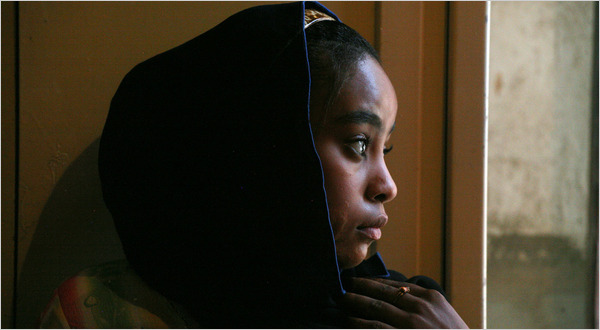 African Iraqis in the southern province of Basra say that they are the victims of racism and are not fairly represented in parliament.

They have lived in the country for centuries and now number more than one million.

Many of them are descendants of African slaves brought to Iraq. A large number of Iraqis still refer to them by their ancestral name, abeed - meaning slaves.

Salem Shaaban is a member of the Free Movement of Iraqis which advocates more rights for African Iraqis.

He says Black people in Iraq feel there is a tradition of discrimination against them.

"For example when two people fight in the street and one is Black and the other is white, they say X had a fight with the slave. It really hurts."

Shabaan says Black Iraqis are also discriminated against when it comes to parliament representation and jobs.

"Whoever wants to be a member of parliament or heads the cabinet should present himself to the Iraqi people and they will elect whoever they want."

"Why is there no Black merchant or a senior Black official in the state? We conclude that there's no place for the Blacks in the Iraqi society or in the state."

However, local officials say there is no prejudice and that the door is open for any group to participate and be active in the community.

"We don't want to differentiate one sect or colour over another. This is part of the ethnic, racial and sectarian division. We want Basra to stay way from it," say Jabbar Amin, the head of Basra Local Council.

"If there is a group like the Blacks in Basra and say they are big, then they should and can stand in the elections to compete with the other sects or groups."

But some Black Iraqis say they are not treated in the same way as other minorities.

Tahir Yahya, an activist, says: "We want to be like the Christians and Mandaeans  and other white minorities who have fixed representation in parliament – we the Black people in Iraq have rights."

On the streets of Basra, residents say discrimination does not exist.

"The whites are 90 per cent and Blacks 10 per cent in Iraq and Basra. That's why you find few Blacks in high posts and ranks because the whites are more. But we are all brothers and my best friends are Black," one man says.

Another local says there is no exclusion of the Blacks but some segregation persists.

"There are some traditions in the society that the two don't intermarry. But otherwise they co-exist together peacefully."

Media shunned as Michael Schumacher fights for his life