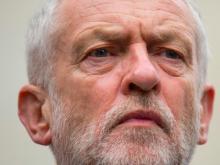 Momentum Black Connexions (MBC) media officer Marc Wadsworth has been caught-up in a Fleet Street concocted firestorm after challenging a Labour MP for colluding with the right-wing press.

Wadsworth confronted the Daily Telegraph reporter Kate McCann after she questioned Jeremy Corbyn about a MBC news release she dismissively called “a leaflet” which she had handed to Labour MP Ruth Smeeth at the launch of the party’s Sami Chakrabarti report into "anti-Semitism and other forms of racism".

McCann rushed to Twitter to accuse Wadsworth of reducing Smeeth to tears (video evidence of the incident show no tears) and alleged he was guilty of using “an anti-Semitic trope” that Jewish people control the media. Wadsworth refuted what he described as a poisonous libel. He commented he had no idea Smeeth was Jewish, didn’t think Jewish people run the media and pointed out that he has a life-long record of fighting against racism and anti-Semitism, including when he was leader of the Anti-Racist Alliance. Wadsworth added that he had fought side by side with Jewish people against fascists, which resulted in him being put on a Combat 18 death list. 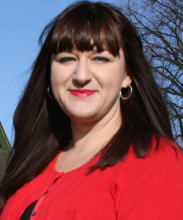 Since when was criticising someone who happens to be Jewish, especially a privileged white MP, anti-semitics? It's interesting to note that Smeeth staged her walk out when Wadsworth was talking about the paucity of African, Caribbean and Asian people at the meeting. She was hotly pursued by McCann. To use a phrase coined by the Jewish Socialist Group, Smeeth cynically weaponised anti-semitism in an attempt to smear Wadsworth and damage Corbyn, for which she has been heavily criticised on social media by Jews and non-Jews.

Wadsworth said: "This is an example of a hostile fellow journalist out to make a name for herself at my expense. I'm not anti-Semitic, indeed I have fought against it all my life. Nor did I call Kate McCann racist, though if that's what she thinks then perhaps she needs to examine her conscience about the way she has behaved towards me as a Black colleague."

Here is the MBC statement supporting the Labour leader:

We applaud the courage, resilience and determination shown by Labour leader Jeremy Corbyn in the face of the orchestrated coup and character assassination launched against him by “Bitterite” MPs and others opposed to his socialist, internationalist and anti-war politics.

As the Black section of Momentum, we declare our unflinching and solid support for him remaining as Labour leader and call on our MPs to stop attacking him, cease the infighting, which is dividing the party and making it unelectable, and turn their fire on “Dodgy Dave” Cameron and his strife-torn party whose policies are daily ruining the lives of ordinary people.

Jeremy has the best record on anti-racism, anti-imperialism, Black self-organisation and Black self-determination of any Labour leader since the foundation of the party and that is why he is so popular in our communities. On the issue of black political representation, we note the unprecedented amount of African, Caribbean and Asian MPs he appointed to his shadow cabinet.

We agree with Diane Abbott MP that the anti-democratic renegades of the Parliamentary Labour Party (PLP), making media headlines and damaging Labour, have been plotting to oust Jeremy ever since he won the leadership in September 2015, with the biggest mandate ever of any British party leader. Their move against him has nothing to do with his performance during the EU referendum campaign. That is their "big lie" eagerly trumpeted by a media hostile to Jeremy's politics. The Labour leader mounted a principled campaign, despite media indifference and lack of coverage of it, in which he supported a Remain vote while legitimately raising the EU's shortcomings; concerns we, along with millions of others, share.

As Liam Young wrote in The New Statesman: "Nearly seven in ten Labour supporters backed Remain. Young voters supported Remain by a 4:1 margin. This is about much more than an allegedly half-hearted referendum performance. 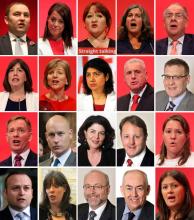 Diane is correct when she says, in moving against Jeremy, the MPs attempting to get rid of him have declared war on the 60 per cent of the Labour membership who voted for him, including thousands of Black African, Caribbean and Asian people. These supporters will not sit idly by and see him removed by a rump of privileged, out of touch Westminster MPs.

The shock referendum result was the fault of Cameron, who for cynical party management purposes, called the poll to save his political skin. The stunt blew up in his face and he has ended up having to fall on his sword.

Leading lights in Labour's Remain set up, including Margaret Beckett, who, we are reliably informed, did no campaigning for at least 48 hours before the vote, have had the cheek to cite what they disingenuously claim was Jeremy "lack lustre" performance as their reason for calling for his resignation when opposition to his progressive politics is their real motivation.

The anti-Corbyn PLP faction has used its deliberate lie to blame Jeremy for the electoral defeat of the Remain side. This has been eagerly peddled by the cheerleading right-wing, corporate media whose bias has been breath-taking. But on social media, people, many of them young, have launched a spirited fight-back that includes a petition in support of Jeremy that we are delighted has reached almost 300,000 signatures. 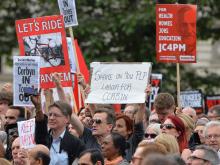 On Monday we joined 10,000 people outside parliament at the #KeepCorbyn rally in support of Jeremy's leadership; a new politics that has caught the imagination of millions of people in Britain and all around the world.

There is massive support for his anti-Tory austerity/cuts policies and defence of refugees and migrants. This is particularly important after a Brexit vote that unleashed racism, xenophobia and hate crimes on an alarming scale.  Labour party members, trade unions and all progressive forces in society need to mobilise against this with a loud message that such bigotry will not be tolerated. Cameron, Farage and their supporters must be held to account for creating this nightmare. Refugees, migrants, including EU workers resident in Britain, and members of minority faiths, must be resolutely defended and told they are welcome here.

Barbara Ntumy, the NUS Black Students’ Campaign national executive representative, put it well when she said on Channel Four News: “Labour’s approval ratings have gone up since Jeremy Corbyn was elected leader. But this is being ignored.” 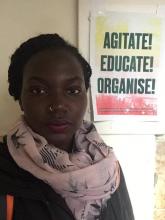 She added the coup against him was happening at a crucial time when Labour was in a prime position to make the case for “why people wanted to leave the EU, why austerity is hitting people hard and how the Tories lied about immigration”.

It is interesting to note corporate media has chosen not to report that Angela Eagle's Wallasey Labour party voted overwhelmingly for her to oppose the PLP vote of no confidence and to support Jeremy. Angela defied her party. The council leader in Gloria De Piero's Ashfield constituency has spoken out against the MP's resignation and opposition to Jeremy. The groundswell against the traitors will get much bigger.

Labour has a chance to get rid at an early general election of this vicious Tory government, which is lurching even further to the right with its leadership contest. If the troublemaking careerist Labour MPs, who have been denounced by the leaders of Britain's 12 main unions as "self-indulgent" and divisive, sacrifice that opportunity of a generation by attacking their democratically elected leader, we must organise in their constituencies to remove those representatives and replace them with socialists who will fight for the ordinary people of Britain.

*Momentum Black Connexions is a broadbased national organisation whose steering committee has African, Caribbean and Asian community representatives as well as others from trade unions and faith groups. It was launched at the Birmingham Council House in April at a meeting where John McDonnell MP was keynote speaker.

Why the attacks on 'extremist' Jeremy Corbyn are doomed