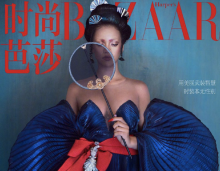 In one photo, Caribbean-born singer Rihanna gazes down, a dainty Chinese fan in one hand and a bright red sash around her waist. In another, she poses in front of a traditional folding screen, the golden ornaments in her hair reminiscent of the royal fashions of ancient China. 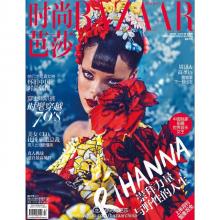 These photos, posted by Harper's Bazaar China this week, are set to appear on the cover and a feature of the magazine's August issue. They were intended to show what happens "when western style icon meets eastern aesthetic," the publication said on Instagram. But online reaction has been split.

Some social media users have heaped praise on the images, while others expressed concern about whether it's acceptable for a non-Chinese person to adorn themselves with items from the country's history and culture.

"She snapped but...isn't....that...cultural appropriation?!?!" wrote one Twitter user, with "snapped" being a term for high praise. "Love Rihanna but we can't accept everything she does cause it's her," wrote another.

The debate on cultural appropriation - who can wear what, and under which circumstances - has existed for years, though it has become increasingly high-profile. 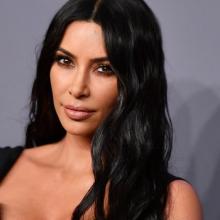 Just last month, Kim Kardashian West ​was accused of cultural appropriation after she launched a lingerie brand called Kimono - also the name of a centuries-old Japanese garment. Several other models and designers have been called out for cultural appropriation in recent years - Karlie Kloss for dressing like a Japanese geisha in the pages of Vogue, Gigi Hadid for being styled with an afro (also in Vogue) and Kylie Jenner for wearing cornrows. 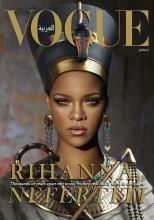 Rihanna has previously come under fire herself - in October 2017, she was criticised for dressing like the ancient Egyptian queen Nefertiti in a photo shoot for Vogue Arabia.

And yet, this time around, there is a contrast between audiences in mainland China, who have largely complimented the shoot, and audiences overseas, who seem more conflicted.

On the Chinese micro-blogging platform Weibo, the majority of comments about Harper's Bazaar cover appeared positive. "No wonder she is the Queen of Shandong (province)," one user wrote, using a nickname Chinese fans have given Rihanna. "She is a foreigner that is most suitable to the Chinese style." 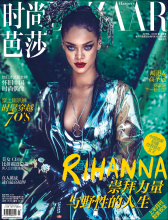 "It looks so good! Slay! The Chinese style compliments her so well," another user wrote, while other Weibo comment threads are filled with heart emojis and exclamations of "wow" and "beautiful!"

On the other end of the spectrum- and the world - users on Instagram and Twitter, which are both blocked in China, were not as enthused.

"If you wanted to create an Asian look why didn't you invite Asian artists?" one Instagram user commented on Harper's Bazaar's post. "This is a total smack in the face to the Asian culture," reads another comment.

Some have pointed to the fact that the magazine is based in China, and can therefore be expected to reflect Chinese themes and styles. Others argue that it's not the fashion, but the choice of Rihanna as a model, that makes the cover problematic.

It's a debate we've seen play out countless times- so when does appreciation become appropriation?

Cultural appropriation in fashion is as old as the industry itself, according to Tommy Tse, an assistant professor of sociology at the University of Hong Kong.

"It has always been happening, but it has become more visible because of the rise of social and digital media," Tse said in a phone interview, pointing to the use of Chinese motifs in 19th century Parisian and Italian fashion. "Everything is online, everyone can see it. So the idea has been magnified, there are more and more debates, and there are more conflicts about how aesthetic values can be appropriated in fashion."

Ultimately, he said, there isn't a singular "right" way to pay homage to another culture's fashion- but there are things that help.

For one, it's important to take context into consideration. For example, when Rihanna attended the 2015 Met Gala, which was themed "China: Through the Looking Glass," she wore a dramatic yellow dress with Chinese-style embroidery, by Chinese designer Guo Pei.

By going straight to the source and finding a Chinese designer, her supporters said she had honored the culture and people from which the aesthetic was borrowed.

Similarly, her new Harper's Bazaar cover appears to have been produced by a largely Chinese team, including photographer Chen Man, who shot Rihanna's first cover for the magazine back in 2015.

The motivation for appropriation also matters, he added, using Kardashian West's Kimono controversy as an example of "rude" appropriation.

"She just wants to adopt the name and ignore the fact that the kimono has a whole history and represents cultural values in Japan," Tse said.

Recognition and acknowledgment are key, he said. Kardashian West's lingerie line had "nothing to do with" the Japanese kimono - so adopting the name without reflecting the cultural source felt like staking claim to something that wasn't hers.

Following the backlash, West said on Instagram that she had acted "with the best intentions in mind" and that her brands were "built with inclusivity and diversity at their core," although she also announced she would be renaming the range.

Critics of cultural appropriation often argue that the act of representing another culture is inherently disrespectful - but the reality may be more nuanced, Tse said.

"On the one hand, it enables people to claim their authenticity, but it also creates problems in essentialising what is Chinese and non-Chinese," he said. 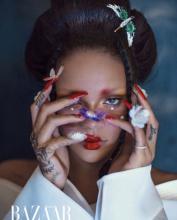 In other words: China's culture and fashion is so varied, and exists in so many different forms, that making "Chinese fashion" an exclusive box flattens those pluralities. The idea of "ownership" is further complicated by diasporas and blurred geopolitical lines. For instance, are Chinese American designers entitled to create Chinese fashion, or will they be considered less "authentic" for not living in mainland China?

These grey areas are where exclusionary views of appropriation can become "problematic," Tse said.

"Be appreciative," he suggested. "Don't just adopt the idea - acknowledge the idea was inspired by certain cultural values. People from that cultural context are more likely to think you appreciate that design - that you're not copying or directly adopting - if you appreciate the values coming from the culture."