Blazing rows, the place a mess and 'lazy staff' 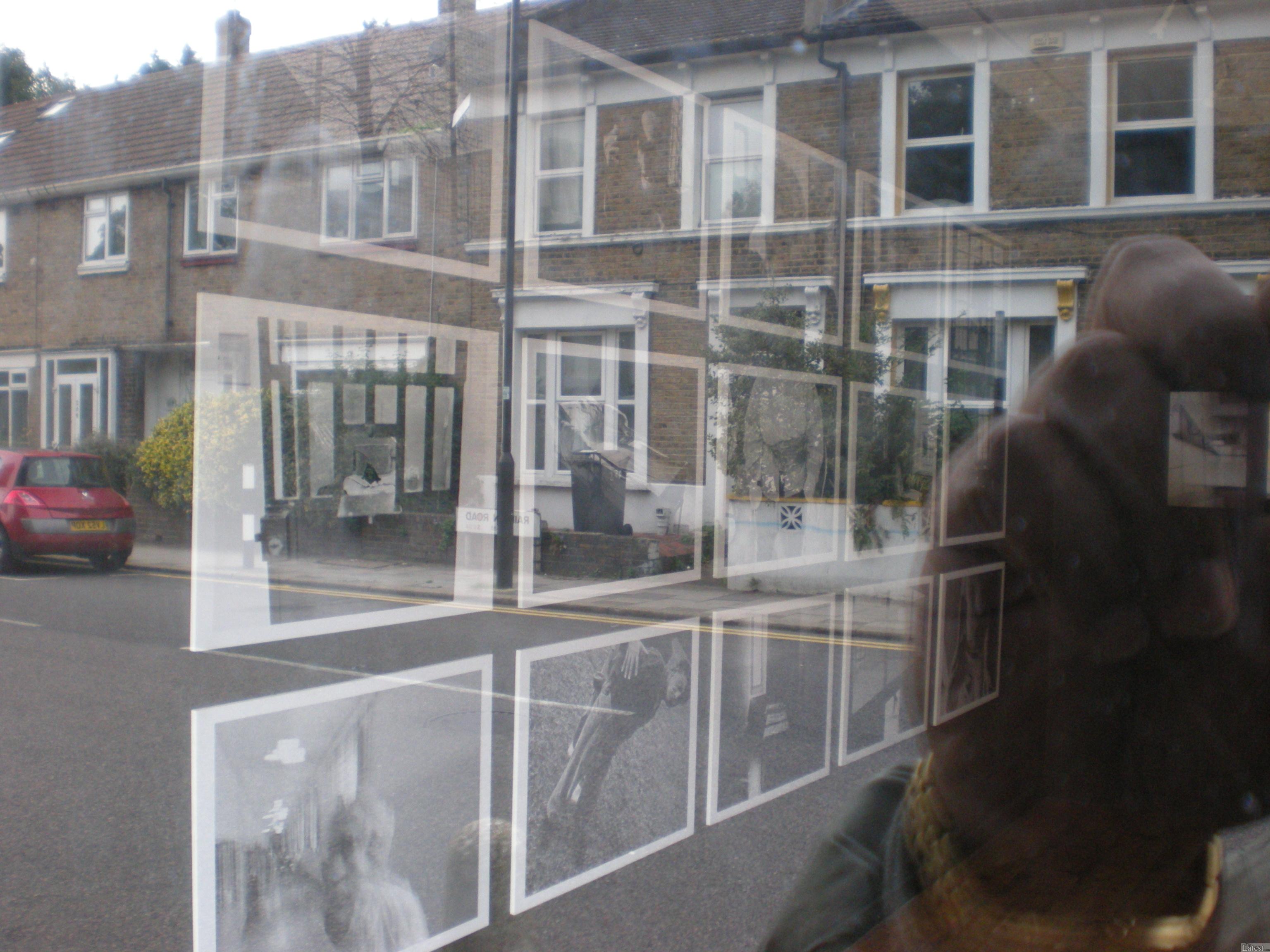 Two women ex-volunteers at a crisis torn art gallery have spoken out for the first time about poor management and bad conditions.

The pair, in their 40s and originally from Serbia in the former Yugoslavia, were invited to help by their countryman and friend Predrag Padjic, curator at the public space in south London. Padjic said lazy paid staff would not help him so he desperately needed their assistance. Sanya and Tatiana started to volunteer at the gallery just before The Psychology of Fear exhibition opened on June 12.

Padjic was 'suspended' by the gallery's director Lucy Davies on September 7 after he dared raise allegations of mismanagement and sleaze with her, the chairman of trustees Clarence Thompson and another trustee, Sam Uwadiae. The volunteers, interviewed separately by The-Latest, claim that during the days they spent at Brixton's 198 Contemporary Arts and Learning centre:

Sanya and Tatiana say they were appalled when Davies and Campbell had a ferocious public row at the gallery within the earshot of vulnerable children. The volunteers claim the couple treated the gallery as their own home rather than a public space.

Davies and Campbell allowed their two young school aged children to eat meals there. The eldest child, a girl, was paid by her mother, to do small tasks and the younger boy ran around the gallery causing a nuisance when it was open to the public.

The volunteers says that guests at the opening of the current Crime and Punishment exhibition on September 4 were charged  £1 for a glass of wine though money had been received from funders to pay for such expenses. And Sanya baked cakes for guests at the opening and was never reimbursed for the money it cost her.

Davies sent both volunteers cards with an apology after they left in disgust.

We have put their allegations to Lucy Davies and Clarence Thompson by email for official comment and not received a response. Audley Campbell has been given the chance to have his say but kept silent. So far, neither the gallery's director nor trustees have answered any of the many questions we have repeatedly put to them over the past week despite huge public concern. The gallery is funded by the taxpayer.

Sanya, 48, (left) has a keen interest in photography. She is a feisty blonde. Petite, with eyes like pools of blue, she is flamboyantly dressed in a long white coat trimmed with fur. Sanya has known Predrag for about a year and Tatiana 12 years. Sanya says she spent at least six days at the 198 Gallery, helping with The Psychology of Fear exhibition of Maria Kheirkhahs's work.

With Tatiana she helped paint the gallery. She also volunteered with the Crime and Punishment show for which she sent out 2000 invitations.

Sanya said: "The 198 did not look anything like a gallery. There were holes in the walls, it was dirty, water bottles were stored in the toilet for the disabled."

She added: "The place was in a right state. Predrag would wash the windows so the gallery could save money by not hiring a window cleaner."

She was told by Davies that there were no funds available to pay for anything. Sanya claimed that "nobody really does any work there. They (the staff) stand in the middle of the gallery and have a gossip, wasting time".

Sanya was upset that "no one would say hello. I couldn't believe their behaviour". She said that Predrag introduced her to Audley but he wouldn't even greet her. She described him as "a very strange person".

Sanya was disturbed, as a woman and friend, that  "Audley would follow Tatiana constantly, to the point of breathing down her

She alleges that Audley's "aggressive behaviour" included kicking stuff around the gallery, swearing and that he disappeared from the place for long periods and yet got paid a large sum of money in salary.

Sanya said:  "It was horrible and shocking that so many people were getting paid for doing nothing. "

She was particularly horrified that in June, Audley and Lucy had "a massive argument in the middle of the gallery" when there were young children in the next room attending the learning centre.  "These children had already been  'hurt' as they were in foster care and from  'unfortunate circumstances' and could hear them shouting their heads off," she said.

Sanya said that Audley and Lucy treated the gallery like their home. Lucy would have a takeaway lunch in the gallery with her children, which Sanya said she found  "incredible".

"We were always told there was no money. We painted walls with old brushes and had difficulty getting a pot of paint," Sanya recalled.

Sanya said: "I saw her (Lucy's) daughter a few times...let's say about four times during the school lunch break and she would collect her after school and bring her back to gallery. Her son was a little nightmare because he would run around like he was at the play ground not in a work place."

Lucy , Audley and other staff would be just standing there talking about nothing. I was amazed about the fact that no one would do anything. Lucy could pay her daughter for some silly little job but they couldn't even offer us "a single cup of tea".

Tatiana, 40, has a youthful appearance, fashionably dressed in a close fitting black velvet jacket and a pair of  'skinny' denim jeans - 'drainpipes' to those who remember the trend first time round. They are all the rage at the moment. She is a brunette, with a slim, fit frame, fine features and a clear, olive complexion.

She is a shoe designer who learnt her craft in Italy and the UK. Tatiana was a volunteer at the gallery for two days in June. She said the gallery was in bad condition and none of the paid staff seemed to want to do anything about it.

Her duties were to help redecorate the place. She said: "The walls were white but dirty and a lot of things were glued onto them from a previous exhibition. Predrag wanted the walls painted black so that only the exhibits would be lit."

Tatiana says she was only supposed to be there for a day but the job turned out to be bigger than expected so she stayed on longer.

On her first day, she arrived at the gallery, "bright and early, ready to help" but was not even greeted by other members of staff. "People showed up for work quite late, not usual working hours. No one really said hello or introduced themselves", she said. On the first day at one point "someone came into the room we were working in and started kicking boxes around and shouting. I thought what is this". She later learnt from Predrag that the person was Audley Campbell.

"The situation was very, very bizarre. People were always coming into the room and objecting to what we were doing", she said. According to Tatiana, Audley was not professional. His attitude was "a bit menacing".

She said that when Audley wasn't shouting he always seemed to be in her way. Predrag would jump in when he spotted that Audley was near to shield her from his advances. Lucy then started to be really nasty to her, out of jealousy. When Audley disappeared, Lucy would nervously ask everyone where he was.

Tatiana's overall impression of the 198 Gallery was that there was "no passion, no love and no work being done". Employees "arrived late and left early".

She described it as "a little parlour of inactivity" where volunteers keen to do work were resented by under-employed paid staff.

Almost every day, after they finished school, Audley or Lucy would bring their children to the gallery where they would stay until their parents decided to take them home. Lucy would also pay her daughter to do small tasks in the gallery like taking vinyl lettering from the windows. None of the paid staff would do it.

* Tatiana's name has been changed at her request.

Save our National Health Service 'from private-sector vultures'

'My son was stabbed and I feared he would die'

1 Response to "Blazing rows, the place a mess and 'lazy staff'"

<p>i am actually truly distgusted by this magazines feeble attemped to pull this organisation down.the people that are reading this article weather you are about to judge this gallery or not ask yourself ,do i really want to allow this ensaumble of lies to influence my better judgement.</p><p>i happen to know a thing or two a bout this establishment and i can tell you that despite what this article is impliying the gallery is very different. i think i will start about the point about the children. the eldest daughter chooses to do this task as she has done it from a very young age and is not forced to do it at all furthermore lucy davies pays her eldest daughter out of her own pocket.so lets refraise this into its simplist form,lucy davies gives her child pocket money for doing something that she enjoys.ask yourself is that so bad?</p><p>the person that wrote this article clearly has no children and has no idea of how stressful having a 4 year old boy is let alone keeping them in a straight-jacket and not letting them be a child moreover he was only there a few days a week and it did not stop anyone reaching the best that they can be.</p><p>this 1 stupid little article has done more damage than this site can imagine, altough i do not want to reveal my identity i know for a fact that this has spioled not 1,2 but three lives which have have barely begun.</p><p>you have ruined the ethos that lucy davies upholds that each child shall have the equal opurtunities to the next child.</p><p>so thank you,two more fatherless kids,</p>