Flight socks are curious things. They're not real socks, but half-hearted attempts, distant cousins twice-removed from the real thing.  Real socks are normally found in M & S, Burtons, or pretty much any other clothing store in the entire world.

For the past few days I have been awoken, not by the shrill screams of my alarm clock but, by the scrape and drill of workmen in my garden. Well, it’s not really my garden, it’s more the shared patch of grass behind my block of flats – ‘garden’ is nicer on the ear. Anyway the fact remains: I am being disturbed by their work, in addition to this the builders seem to be in competition as to who can speak the loudest. As you can imagine every morning now sees me arise from the wrong side of my bed.

An annual report into crime statistics by the Home Office has put Surrey as the safest county in Britain.

The authoritative British Crime Survey for 1st April 2005 to 31st March 2006, reveals that the county has the lowest crime rate in Britain and highest level of public confidence in the Police.

Wiltshire received the silver medal for safety,  while Surrey scooped first place in the ratings.

Sixty per cent of people in Surrey have confidence in the police policing their streets compared to that of the national average of 50 per cent.

The Madness Must Stop Now!

I  was on yesterday's march calling for an immediate ceasefire in Lebanon. The madness in the Middle East must stop. Commentators must be balanced and go to the genesis of the Middle East Crisis.

Now my politics should be fairly familiar to you all by now. But i was rather startled and repulsed to read an article in The Times analysing a new pamphlet released by Julian Brazier, MP for Canterbury and Whitstable, blaming immigration for "ruining the quality of British life".

I believe it was either Salvador Dali or Deirdre from Corrie who said, "I don't do drugs. I am drugs." Yesterday, I was on the phone to a friend who took me step by step through his recent jaunt to Global Gathering, and I wasn't surprised to hear that over the 50-hour music festival, he had piled a cabinet’s worth of drugs down his throat. My question is why? Why do young guys like my friend, let's call him Frank, pump these illegal substances through their bodies with little to no knowledge of the hidden effects they are having?

Submitted by contribs editor on Sat, 08/05/2006 - 01:08
The concept of citizen journalism and its part in the media ‘ecosystem’ is still misconstrued by those who believe that sites like the UK 's pioneering The-Latest.Com and the successful South Korean based OhmyNews  have been constructed as an alternative to mainstream news outlets. At The-Latest our brave challenge has been to give representation to a wider set of views, opinions and comments that the mainstream media would rather not address because of timidity and in the case of some newspapers, the narrow political agenda set by their powerful proprietors.

Whirlwind star gets Bossy in Kingston 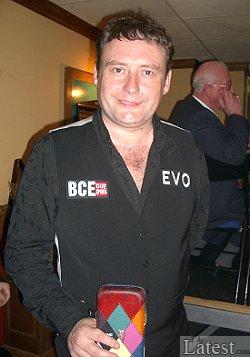 Snooker whirlwind Jimmy White was  browsing  the Boss Store in Kingston, cruising the isles for that lone bargain.

Submitted by Gary Roberts on Fri, 08/04/2006 - 13:57
Does anyone else hate that the majority of work places pay their employees monthly? Just about the only recommendation for working for temping agencies is that you're paid weekly. It feels like a near-constant income; before you've had the chance to spend most of it over the weekend, it's just a few days until you're due another wad of the good stuff.

As someone who used to work in the fast food world of McDonalds I am at this time, very tiresome of their food. It no longer tastes of anything.

After a short trip to one of their chains today for a spot of lunch, as I was in a hurry I picked up a large Quarter Pounder with cheese meal.