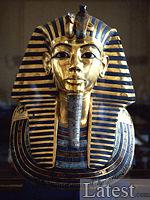 Egyptian scientists plan to do DNA tests on two mummified foetuses found in Tutankhamun's tomb to see if they are the offspring of the world famous monarch. Until now it was widely believed that King Tut, who died aged just 19, did not have children.

Experts believe Tutankhamun fathered the stillborn babies and the tests should prove that and help determine the identity of the mother or mothers, the Cairo-based Supreme Council of Antiquities has said in a faxed statement.

The council examined King Tut with a x-ray scan in 2005, after the Cairo Museum decided to use the technology on all its mummies. The tomb was discovered on the West Bank of the Nile in the ancient city of Luxor in 1922.

Tutankamun was an Egyptian Pharaoh of the Eighteenth dynasty. He began his rule aged nine in 1333 BC  — 1324 BC in the conventional chronology, during the period of Egyptian history known as the New Kingdom.