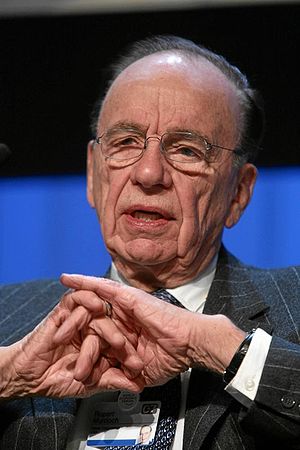 Journalist-cum-blogger-cum-tutor Adam Westbrook has launched the digital version of his 68 page blueprint outlining the future of the industry that has for the past two or three years been suffering from falls in profits and great uncertainty.

Westbrook's digital launch of the Next Generation Journalist guide comes purposely at a time when media mogul Rupert Murdoch has decided from next month to offer a paywall for his Times and Sunday Times newspapers. However, in an early survey, 90 per cent of those polled said they would snub the papers if Murdoch pursued this business model. In Westbrook's book, he outlines the basic premise that the old school print establishment, generally run by old school Fleet-Street hacks, should have nothing to fear from the new wave of the internet digital revolution.

In fact, the book is an upbeat assessment of the future of the industry, and how both the old guard, and the new hopefuls can work hand in hand to build a new journalism. A NEW "EVERYTHING".  The word 'new' is in fashion at the moment.

The new double act of British politics Nick Clegg and David Cameron have coined the term a "new politics", something that many are a little uncertain about how long this will last. And, in journalism, with the advent of blogging, social networking, and hyperlocal entrepreneurs, many in the old guard don't quite know how to deal with it.

Citizen journalism has built its foundations on everyone being able to write, tell, and publish their own stories and opinions. In the ever developing world of technology, Westbrook makes the case that journalists are no longer just story-tellers, but that they should be business brains - able to develop their own business brand or their employer's business.

So what does Westbrook deal with in the book? There are three strands to his thinking. A) Using the internet as a brand. This is a rather simple chapter in the book where he talks about using the net to lever yourself as a brand, and to find work using yourself as a marketing tool.

It goes further than just creating a blog, and writing the odd post now and again. You should have a professional portfolio-cum-website which details skills that you can bring to the table - other than just journalism. B) Ask yourself WHY, WHAT, and WHERE you are going in the industry?

At times in our lives we are asking ourselves why are we doing this? Westbrook has three questions to ask journalists: 1) Why did you go into journalism? 2) What is it in journalism you like doing? 3) Where do you see yourself in five years time?

Most of those questions can be transposed to other careers, but in journalism it's like this: If you see yourself in five years time still in the same boat and not prepared to move with the times, then you might as well quit now. If you love blogging, or making videos, or writing text, then you can earn money at the same time as doing the journalism bit.

And if you're not sure why you went into journalism then the answer is, you're in the wrong trade. BEING A NEWS AGGREGATOR,  media mogul Rupert Murdoch has of late been ranting about how giants GOOGLE are taking his content, and circulating it around via GOOGLE NEWS AGGREGATORS.

However, Westbrook reveals in his book how some hyperlocal entrepreneurs are using this AGGREGATING to their advantage. Sites such as Mash, a techno-site for geeks does exactly that, circulates news around the internet. In fact, if you ask an entrepreneur Chris Farrell, who runs his own membership site, he defines the web as exactly that, a giant spider web, where all the strings are linked for a purpose.

That is indeed the whole point of the web. HOW DO NEWSPAPERS AND MAGAZINES TURN A PROFIT? Well, not by the "old" methods of sticking up banner ads, and pasting GOOGLE ADWORD CODES into their HTML. The way to turn a profit online is to simply do this: A) Offer something of REAL VALUE to the visitor. An ebook, audio product, or online video.

B) Entice them to opt-in to your email list, or as some call, sales funnel. C) Continue to over deliver on CONTENT that is of informational value. News just isn't valuable enough to monetise. You have to ask the question, how can I help this person change their life for the better?

D) Once you have gained trust and built a relationship, you can then pitch paid products to them via your email list. It's a simple business model that works - and one that newspapers should try to incorporate somehow. You can have a look at Westbrook's masterpiece HERE.