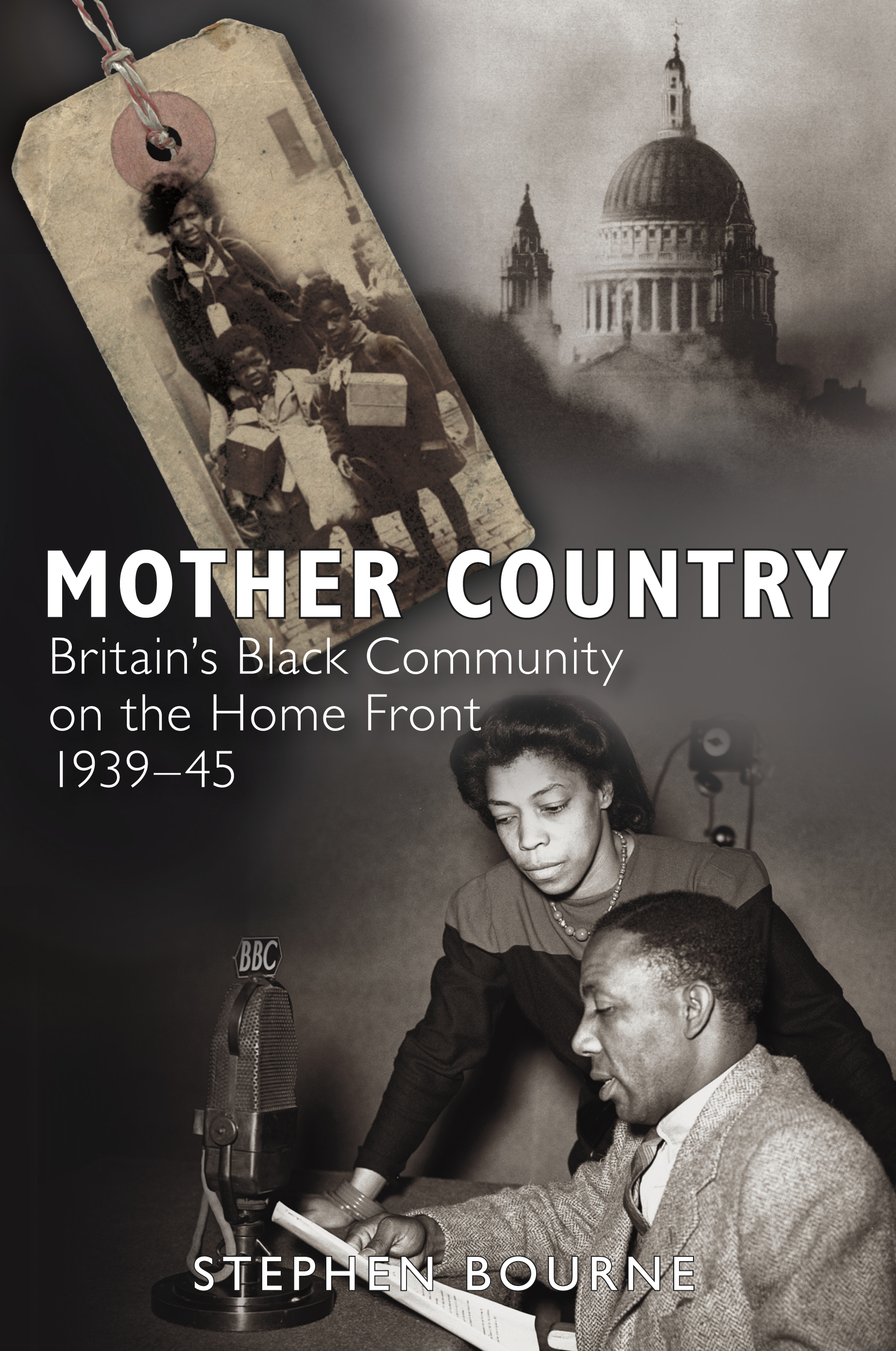 Stephen Bourne, the award-winning author of Black in the British Frame – The Black Experience in British Film and Television (Continuum, 2001), has unearthed another ‘hidden history’ of Britain’s Black community.

In Mother Country Bourne tells the stories of many Black British, West African and Caribbean citizens who lived and worked on the ‘front line’ during the Second World War.

These include community leaders Dr Harold Moody and Learie Constantine, BBC broadcaster Una Marson, London air raid warden E. I. Ekpenyon, fire watcher Esther Bruce (Bourne’s adopted aunt), bandleader Ken Snakehips Johnson who was killed during the London Blitz, and Black senior citizens who have been interviewed by Bourne about their memories of the home front in West Africa and the Caribbean.

Black Britons contributed to the war effort where they could. Many helped unite people when their communities faced devastation. Black children were evacuated and entertainers risked death when they took to the stage during air raids.

The former colonies also played an important role in the war effort: support came from places as far away as Trinidad, Jamaica, Guyana and Nigeria. Mother Country tells the story of some of the forgotten Britons whose contribution to the war effort has been overlooked until now.

1. During the German Blitz on British cities, many Black people volunteered as fire guards and these included Stephen Bourne’s adopted aunt, Esther Bruce. During air raids Esther would make sure that any fires started by incendiaries (fire bombs) on the roof of her place of work (Fulham Hospital in London) were extinguished before any major damage was done. Stephen’s short film Aunt Esther’s Story can now be seen on the video sharing website YouTube. 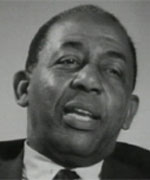 Before the National Health Service was founded in 1948, many West African and West Indian women trained as nurses in British hospitals during the Second World War. These included Princess Ademola, daughter of the Alake of Abeokuta, the paramount chief in northern Nigeria. She was based at Guy’s Hospital in London and her story was filmed by the Colonial Film Unit in 1943.

3. In 1941 the celebrated Trinidadian cricketer Learie Constantine was employed by the Ministry of Labour to look after the interests of munitions workers from the West Indies. Constantine worked tirelessly on behalf of the West Indian war workers.

4. In Liverpool, Pastor Daniels Ekarte became involved in the welfare of ‘brown babies’, the 650 or so mixed race children who had been fathered by African American servicemen stationed in wartime Britain. The US army would not permit them to marry the white mothers, so Ekarte lobbied the government for action on the children’s behalf. He even gave shelter to some of them at his mission.

5. In 1943 E. I. Ekpenyon published a pamphlet in which he described his experiences as an African air raid warden based in the St Marylebone area of London.

6. In 1940 a West Indian soldier called Sapper Box made news when he volunteered to defuse a German delayed action bomb in a Welsh town. The people of the neighbourhood were so impressed with Box’s act of bravery that they made a collection of £10 and presented it to him. 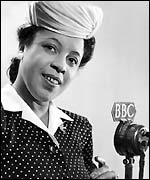 In 1939 the internationally acclaimed jazz singer Adelaide Hall could have returned home to the safety of New York but she decided to stay in London with her Trinidadian husband and entertain the British public and the troops. She had a special uniform made by Madame Adele of Grosvenor Street.

8. As soon as the war broke out in 1939, the Jamaican-born Fernando Henriques joined the National Fire Service and he remained a fireman for three years, facing great danger during the London Blitz of 1940-41.

9.In 1944 the American poet Langston Hughes wrote a ballad opera for BBC radio called The Man Who Went to War in which he paid tribute to the British at war. It was recorded in New York, and Paul Robeson took the role of narrator.

10. In 1941 the Guyanese bandleader Ken ‘Snakehips’ Johnson was killed in an air raid during a performance at the Cafe de Paris in spite of the fact that it was advertised as the safest nightclub in London’s West End. Over thirty people lost their lives, and sixty others were seriously injured after a bomb smashed through the glass ceiling of the club.

11. In 1944 Stephanie Antia, an eight-year-old black evacuee from Liverpool, was featured as the Queen of the May in the film Springtime in an English Village. This is now available to view on You Tube.

12. In December 1940, when Manchester became the seventh most heavily bombed city in Britain, Len Johnson, known as the city’s ‘Uncrowned King of Boxing’, joined a civil defence heavy rescue squad and helped rescue folk who were trapped in their houses during air raids.

*Mother Country can be purchased from websites Play.com and Amazon.com.

We've been 'carved out' of Olympics claim Black businesses