Britain's 'build them up to knock them down' celebrity culture 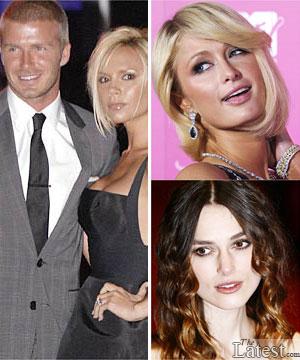 The British way of treating anyone remotely famous is getting pretty ridiculous. Our obsession with reality Tv shows demonstrates that this will be the case for the foreseeable future. Whoopee.

It's a strange one, really. Whether it be through the aforementioned Tv appearances, coverage in other areas of the media or real-life occurrences, newspapers are now littered with these folk.

Yet the people who get into the papers will inevitably get built up by everyone; the media, their 'fans' and people who, despite their general ignorance to such celebrities, will undoubtedly hold an opinion of them, even if it's just a one word answer. Why do we build them up? To knock them down, of course. 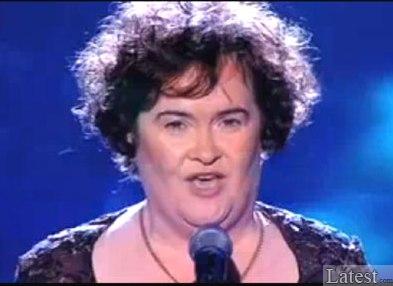 It's pretty sad. Britain's Got Talent   Tv show contestant Susan Boyle was the latest victim. The truth is, no-one more than Susan herself knows exactly why she's famous: ugly, yet talented.

The press on both sides of the Atlantic were keen to get a slice of the show's producer, Simon Cowell's latest prodigy, talking down to her as if she was a crippled, alopecia-ridden household pet which suddenly started laying diamonds on the pavement. The Americans even gave her subtitles as if she was from a Celtic tribe in the fourteenth century.

Despite her obvious ability (which, in truth, wasn't particularly mind-blowing, just very surprising), the press soon became a major fixture in her life. They hounded her so much that she lost her temper after blatant mockery at an airport. Susan was angered because, unsurprisingly, she's only human. She knew exactly why they were doing it and she couldn't stand for it any longer.

The field day started. It was very close to the final and suddenly the voice was superfluous, with the press adding to her aesthetically-displeasing look by making out she had the personality to match. Cue a dance troupe winning it, even though Susan will still go on to be a bigger commercial success, with Cowell holding the Boyle marionette.

Journalistic arrogance in this sense is sometimes irreversible. Luckily for Boyle, a trip to the Priory clinic was enough to set her straight - a bed for a few nights away from the media eye was probably all she needed. Some others haven't been so fortunate. 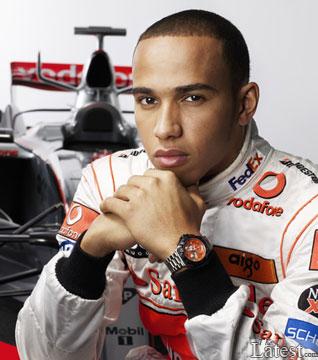 Case in point: Current Formula One racing champion Lewis Hamilton's fall from grace. Built into the notion of knocking someone down is the obsession with a person failing, particularly if they're initially successful. Lewis has done exactly that; after two years of success, he lied to track officials and the slippery slide started. However, on moral terms, it wasn't that which pushed him out of the media spotlight; just the poor performance of his car.

However, he was replaced by fellow Brit Jenson Button. Jenson, despite his slight arrogance, was not a well-liked person due to his inability to win a race. He was built up enough for there to be a celebration after chalking up one solitary successful race (Hungary, 2006), yet he was soon relegated to a status akin to Anthony Davidson, a driver with no success at the now-defunct Super Aguri team.

But then he started winning. The press didn't really know what to do - Brawn GP's team was created at the eleventh hour following a buy-out of Honda by Ross Brawn, the former technical director of Ferrari. Seven races and six wins later, Jenson is now the outstanding favourite to win the F1 championship.

And yet there has not been anywhere near the coverage for Button as there has been for Lewis Hamilton, who was the face of every advert and race for two years. The problem for Button was that the foundations which were once built up on were smashed thoroughly after getting everyone's hopes up, making his re-rise to fame in recent months a particularly unstable one.

Success isn't something we Brits can have for too long. Not even exempt from this rule (but only with the benefit of hindsight) was our fourth-placed effort in Beijing in 2008, when Team GB finished behind China, the USA and Russia in the Olympic medals table.

Everyone was united behind the British team regardless of interest in the sport because, well, we were winning. If we didn't, it would have only added more complaints to the regeneration of the capital for the 2012 Games, why training is a waste of time, yet how we're still better than everyone else for reasons unbeknown to most people.

Still, it was nice to have a hiatus from the usual dross celebrities on the front pages, apart from when they got an ex-Big Brother porcelain doll or seven to paint their chest red, white and blue for the Daily Star. Luckily for us all in these few weeks, the right-wing ignorance of writers at the redtops was too busy being proud of Britain to focus on the 20ccs of breasts which their readership usually needs.

Team GB were the only lot able to mitigate the risk of being knocked down because the ones who didn't win weren't registering. Medals were pouring in at such a rate that the less-able entrants weren't even considered.

Since then, it's been back to the usual with the press: complaining about the government, gawping at the lovely ladies and harnessing the latest attention whore in order to set them up for another almighty fall.

Genuinely nice people in the media spotlight are seen as boring. If there's no filth on any of them or a sob story to support their ascension to fame, they're genuinely forgotten about. There's nothing to build up on the rug so they don't have the chance to pull it out from underneath them - they're too busy floating like angels.

Anyone with large breasts is in a win-win situation, so much so that you can already pick out the new batch of nobodies in the Big Brother house who will be in Nuts or Zoo magazine six months down the line. Many will hang around for longer via a sex tape, or through a lack of fidelity or personal boundaries. Strangely, they usually last the longest in the media eye. It shows how much hate can sell papers, I guess.

Ignorance is bliss for the media and their less mentally-able celeb pals, though. This brand of celebrity somehow has no understanding of the gradually-raising bar which the press puts up for them. The high jump becomes so high that when they're particularly sluggish one day, they jump, stumble on the yardstick and fall flat on their faces. The media huddles round them, cameras at hand, recording their inability to get back up on their feet. 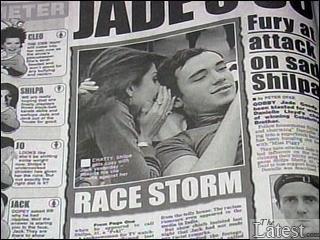 Jade Goody was the only one to escape this, thanks to cancer. Not in that she escaped "the mortal coil" and thus the press, but was able to avoid the usual intense mockery which came soon after her ignorance on Celebrity Big Brother led to her being branded a racist despite her just being stupid (though fellow contestants and "villians" Danielle Lloyd and Jo O'Meara still have a lot to say for themselves).

Despite this, you know something isn't right with the press when memorial issues of magazines are printed before Jade's even died. Ho-hum.

If you're clever, smart, personable, funny, talented or a hard-worker, prepare to have about seven minutes in front of the cameras. Your face will soon blend into the fabric of Britain again, so have the day job on in the back of your mind - if you can get hold of one in the current economic climate. It's not exactly a massive deterrent from becoming a media whore, I suppose; luckily, I have a job myself, otherwise I'd try it.

If you can't afford a prezzie today then...

<p><strong><u>Chris Gaynor</u></strong></p> Good article. I've always been saying this. One problem with our country is people are quick to run down people who are successful, or have ambition. It seems no matter how talented you are, there are some people in this country who want the status quo and don't like change. And where does it stem from? Government and media. They harp on about change. But when it comes up to bite them on the you know what, they run scared. This is what Alan Sugar said on the final of the Apprentice: "I'm fed up of the newspapers running down the candidates that take part in the programme. Suffice to say he said his wife was not going to buy the newspapers when the Apprentice is on next year. Good for him.....