Call for press watchdog power to strike off journalists 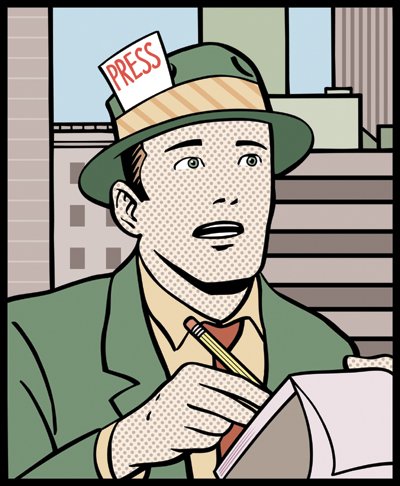 Chris Blackhurst, the new editor of The Independent, has supported calls to “bolster” rather than scrap the Press Complaints Commission.

He warned against the dangers of statutory regulation in the wake of the phone hacking scandal in the UK.

Blackhurst, former City editor at the Evening Standard, wants the watchdog to “move more towards a General Medical Council or Law Society type structure where it seen as the regulatory and disciplinary authority for the industry”.

It should have the power to ban and fine both editors and individuals, he argued, and have a more proactive approach rather than simply “waiting for readers to complain".

“Another professional body I’d say we need to compare ourselves to is something like the Financial Services Authority – which has the ability to go into trading rooms in the City and seize people’s mobile phones and records,” Blackhurst told trade journal Press Gazette.

He felt that the Press Complaints Commission (PCC) in its current form “is a relatively toothless body”, but argued it would become a more productive regulator if it had the power to “go into a newsroom, interview people and if necessary seize evidence".

Blackhurst was interviewed in the August edition of Press Gazette magazine for a feature headlined: Trust: now that we’ve lost it, how do we get it back, which also features Guardian editor Alan Rusbridger, Financial Times deputy editor Martin Dickson, and Press Association editor Jonathan Grun.

Rusbridger said that the PCC “can’t go on as it is” but stopped short of calling for it to be scrapped: “The industry needs to engage constructively with the inquiry into press standards, and support reform of the current system of self-regulation," he said.

He said: "Press freedom and more robust regulation are not incompatible aims. It would be completely wrong if the outcome of the phone-hacking scandal was that newspapers felt less able to do proper investigations into stories of real public interest.”

Fiancial Times deputy editor Dickson warned that “by failing to clean house at all British news organisations we have (unfortunately) left the mainstream media in Britain at risk of retribution in the form of statutory regulation”.

"Press freedom is woven into the fabric of our nation and needs to be protected, but to do so the profession must conduct a rigorous collective self examination,” he continued.

“Collective standards need to be raised to regain public trust, but let’s also not ignore the fact that there are plenty of good examples of excellent journalism in evidence. It was the good journalistic practice of The Guardian that unmasked the issue in the first place.”

Grun was also keen to underline the message that “vigorous independent, ethical journalism is a tremendous force for good in society”, urging the Government to avoid statutory regulation.

He said: “Self-regulation should remain at the heart of the industry, even if the system evolves as a result of the inquiry and debate taking place.”

Publishers 'can beat Google right to be forgotten ruling'