Thousands of people took to the streets holding leaflets that read  "How to really put people first", from anarchists in London. Many others were carrying placards that read  "Bail out the Workers not the Bosses", and a banner depicting Gordon Brown as a beggar cleaning the streets with a small broom, reading  "We will clean up the city".

The April 1 City of London demonstration saw the biggest British public ruction since the poll tax riots - a precursor to the frustration voiced by people over their unfettered government who has denied the majority's needs and have put the planet at greater risk than it ever was before.  The system has turned its back on the needy in favour of fatcat bankers and now citizens are to pay the price. 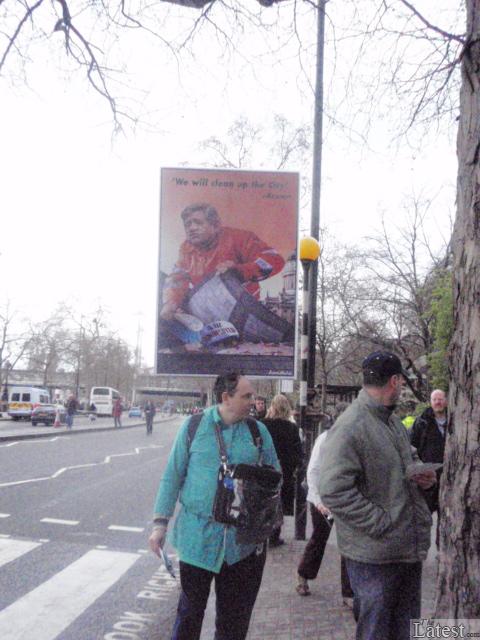 It's "anarchism" that grabbed my attention at the rally last Wednesday. It's the belief that conscious but ordinary people are ready to take over capitalism. It's the energy that overcame ordinary people who believe that small acts of resistance to authority if persisted may lead to large social movements and that ordinary people are capable in themselves to perform extraordinary things.

The belief for justice as a common ground between protesters germinated the seed of a greater promise that they believe awaits them. The war on Gaza and the infinite horror that incessantly lingers over the Iraq war, the climate change that has depleted our biodiversity capable of curing many vicious diseases and the anger over the current financial crisis ignited a fire in people who have been made redundant, for people who have lost their homes, for many ordinary people who believe in bettering our world.

The G-20 demonstration integrated differences and congregated many who are firmly determined in an alternative system to Capitalism, one of which is famously known as Anarchism.
Anarchism which aims to create a society within which individuals freely cooperate together as equals rendering opposition to all form of hierarchical control as harmful for the individual and individuality, is not understood as an attainable political philosophy in contrast to capitalism.

People can no longer imagine a society under communism like they cannot imagine themselves in a society lacking   governance which to many seems as a society absent in order and therefore chaotic.   But anarchy is seen by the Whitechapel Anarchist Group (WAG) as a natural order, unity of human needs and the interests of all, complete freedom within complete solidarity. 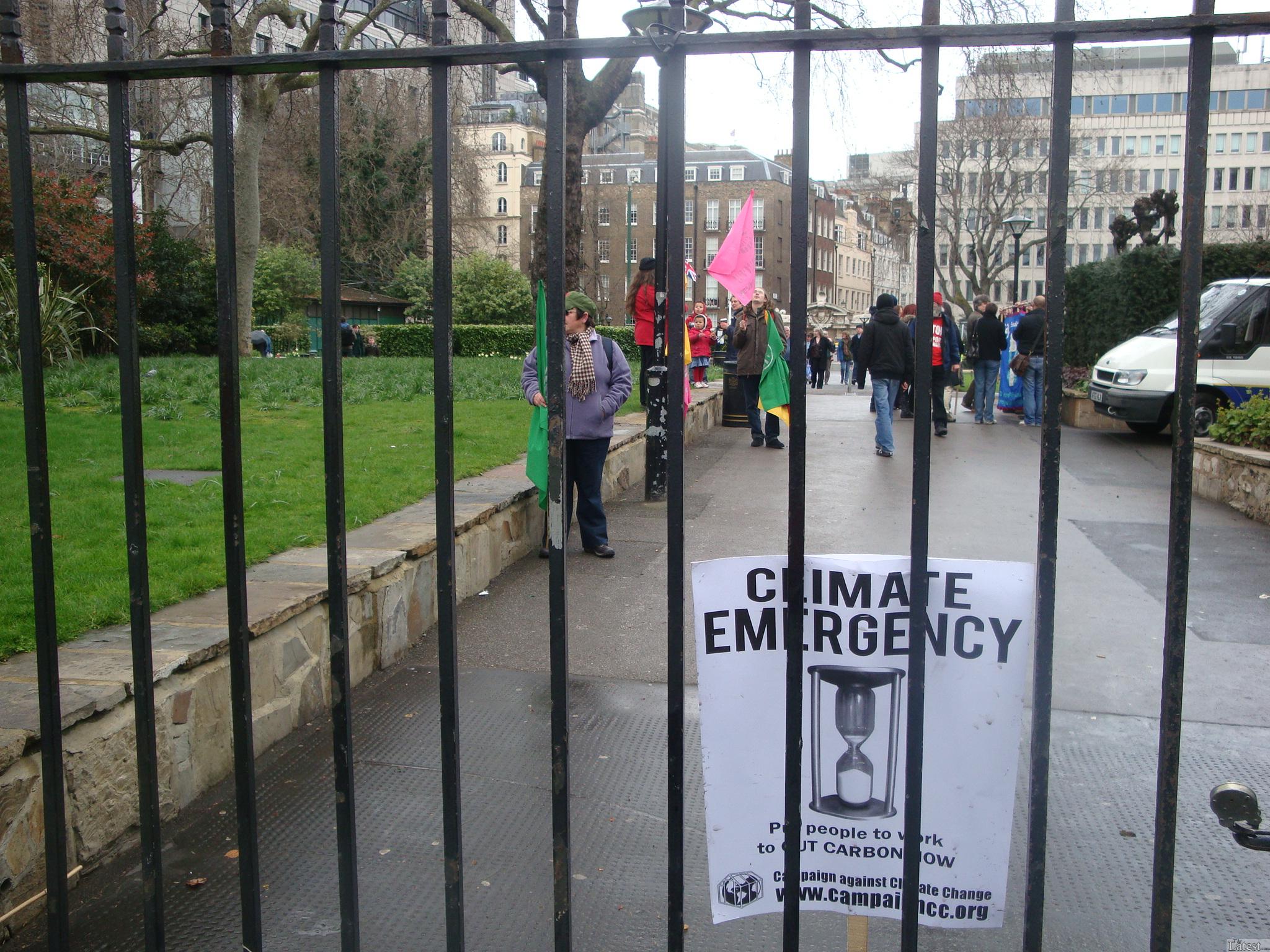 Anderson Morrs, 43, an auxiliary nurse said:    "Every issue under the Sun is from climate change to jobs to the growing division between the rich and the poor. I think many people are coming down for many different reasons. I think also it represents a movement which is linking all these things to how our capitalism is bailing us and it's a system that's based on greed and profit.   People are very sick of it."
Alex Long, 32, a programmer, part of the Whitechapel Anarchist Group, strongly supports the notion of an anarchist society in the sense that most people do not comprehend. The Anarchism he explains is not chaotic but rather, an emancipation of people.

"We're here with the workers supported by the majority of anarchist in London" he said with a smile dominating his facial features.

"This is a way of expressing our ideas." he affirmed handing me a leaflet.

He added:  "Our ideas is that the financial crisis is a crisis of capitalism and ultimately the people in charge of the system globally are only there to maintain their power and the majority of the people are going to lose out. 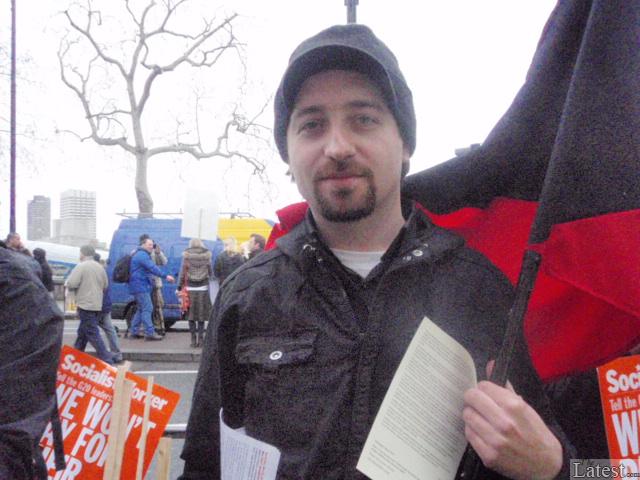 "We will be buried by it and by their policies that are going to be institutionalised in the G20 summit. So we're here to voice our opposition   to the solutions they are promoting and actually saying to people that we can self organize we can self manage our own society without capitalism, politicians and bosses."The 32 year old condemned the media for predicting that anarchists will be hijacking the march:  "Their accusations are unfounded. We're the ones organizing the protests; we're the one the press misunderstands."

However determined Alex is does he believe that people can rule themselves?
He answered:  "We should have the true democracy, the rule of the many and I think that's what we don't have in the UK or anywhere else."

The question of self-ruling is a confusion and a mystery to anarchists themselves, it is much simpler to speak of freedom than it is to actualize it in a world of diversity where the majority's voice can infringe on the minority and where the notion of  'self-organization'   articulated through a human instrument is susc 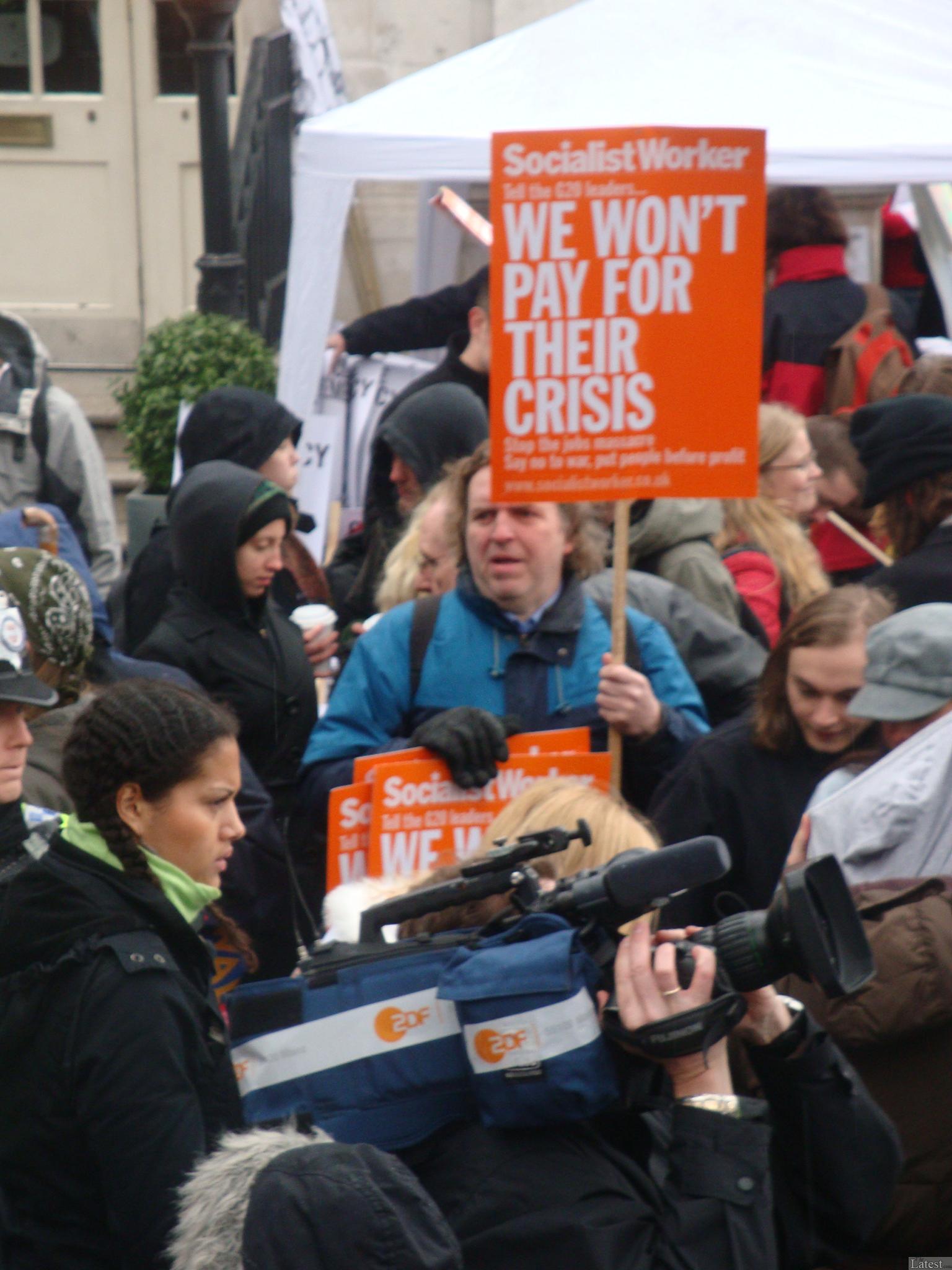 eptible to damage in a society.

Alex believes anarchism can be achieved.

He said:  "I think in this climate there are a lot of people open to different ideas. That's one of the reasons we're down here, to speak to people, to communicate different ideas. If you look at history, anarchism has been part of popular history for over 100 years and the ideas of an anarchist are valid now since the prophecies have come true about the system and how it works and who maintains it."

I challenged Alex's point by emphasizing that history has also reflected anarchism as a destructive system.

He replied:  "So is capitalism which is extremely destructive as well. The UK just had a war in Iraq killing 600 thousand people and supporting the terrorist state of Israel that has massacred 400 children in Gaza. These are the things that we're reacting towards and even if it's a hard task, it's a necessary one because even though we're quiet safe in the UK, the rest of the world, billions of people are being treated very badly and if anything, we're in a situation where we can voice opinions."