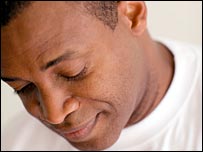 Black Mental Health UK (BMH) has called for data collected on mental health services and ethnicity to be made public, after growing concerns across the community over delays in publishing the information.

BMH is worried that "moves are afoot to bury this information" which was originally due to be published last October.

The campaigning group said over-representation of people from black and minority ethnic (BME) communities had been one of the most significant trends in detentions under the Mental Health Act since the Count Me In census began systematic data collection in this area in 2005.

BMH said findings from the previous Count Me In census reports had shown that detention rates of people from African Caribbean communities had steadily increased, while declining for every other ethnic group. The census reports also showed inequalities in treatment and care for this group, which have continued to get worse.

The Care Quality Commission (CQC) took over the responsibility from the now-defunct Mental Health Act Commission of publishing this information in 2008. However, new data which should have been made public back in October 2010 on patients' experiences has still not been disclosed.

Matilda MacAttram, director of BMH, said: "This data is the only way that agencies working in this area are able to find out exactly who is in the system. Without this information strategies to address the over-representation of black people in mental health care cannot be developed.

"The growing numbers of black people detained under the Mental Health Act and the long stays in secure hospitals do not make for comfortable reading, but we cannot afford to ignore this if we want to see improvements in this sector."

BMH said that because people from the UK's African Caribbean communities were "over-represented in the most coercive parts of the mental health system", it saw "the failure to publicise ethnicity data" as "a move to sideline the concerns of one the most marginalised groups".

A consortium of agencies has added support to a letter from the BMH to the Equalities and Human Rights Commission about their concerns.

Professor Sashidaran, a panellist on the David Bennett Inquiry report, said: "I believe that this is suppression of important but uncomfortable data rather than just a failure, as it shows that black patients continue to face discrimination when they enter the mental health system.

"The delays in publishing findings for the last year is tantamount to the censorship of bad news."

Alicia Spence added: "When this data is in the public arena there is a kind of in-built accountability if people know that they are being watched then they can't just try to brush these failures under the carpet.

"This is a very important issue and there are people with a vested interested keeping an eye on it."

*Black Mental Health UK is a human rights campaigns group established to address the over-representation of African Caribbean's within secure psychiatric care and raise awareness to address the stigma associated with mental health. For more information go to www.blackmentalhealth.org.uk.