Celebrities prop up Scientology as number of defectors grows 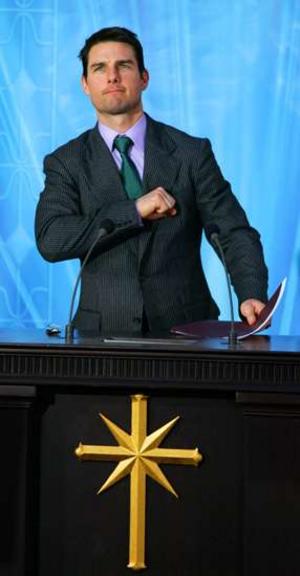 Hollywood, the historical centre of film studios and movie stars in America, helped make the Church of Scientology famous, and the church claims its membership is "most definitely in the millions in the US", according to spokesman Tommy Davis.

Yet the American Religious Identification Survey lists the number of Scientologists as just 25,000 in 2008. That was just one of the stunning findings in a New York Times article on the growing number of members defecting from the controversial religion.

"The church works hard to cultivate public members-especially celebrities like TomCruise, John Travolta and Nancy Cartwright- whose money keeps it running," the article states. But even Hollywood is starting to turn its back on Scientology. Oscar-winning screen writer and director Paul Haggis of Crash and Million Dollar fame, bolted after 35 years.

Defectors tell the Times that members of the highly secretive  Sea organisation or Sea Org within the Church “were repeatedly beaten by the Church’s chairman, David Miscavige, often during planning meetings; pressured to have abortions; forced to work without sleep on little pay; and held incommunicado if they wanted to leave.”

The defectors also state that celebrities like Tom Cruise, John Travolta, Greta Van Susteren, and Nancy Cartwright (the voice of the cartoon scoundrel Bart Simpson) are given special attention and treatment while other members are subject to coercion and threats.

What is most interesting is the degree that the defectors report that members are insulated from the accounts of defectors. It is also clear why Scientology has spent so much time attacking internet sites of defectors. The internet was the only source of information for these defectors who found anti-Scientology sites and reached out to former members.

The story also gives the account of Marc Headley, who is suing the Church for back wages. He says that he worked for virtual slave wages of 39 cents an hour.

Brixton and Tottenham men in row over riots