Centenary of Shapurji Saklatvala getting elected to parliament 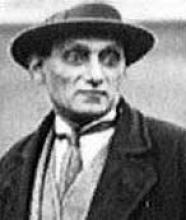 One hundred years this month, an Indian freedom fighter and communist was elected to the British parliament as the Battersea Trades Council and Labour Party MP. Shapurji Saklatvala was a member of India’s industrially wealthiest Tata family, yet he bridged class and race barriers with his powerful commitment to the revolutionary cause. 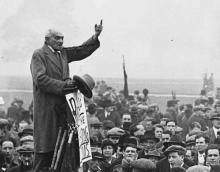 Much of what Saklatvala spoke about a century ago still has relevance. The MP for North Battersea was forthright in support of the many, among the international working class, and not the world’s elite few. He opposed capitalism, imperialism, colonialism, racism and monarchy. 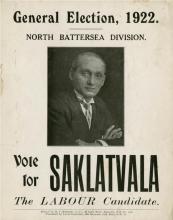 In a celebrated speech in support of the 1926 General Strike, he said: “I am out for a revolution and am quite willing to be shot down.”

He was put in jail for three months as a result of what he said.

Saklatvala also suffered police raids on his home. He was banned by the British government from entry to countries such as Egypt, America, Belgium and even from his native India. 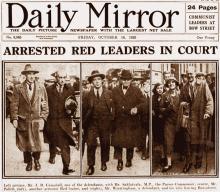 Despite a heart condition (he died aged just 61 in 1936), as the Daily Worker wrote: “Night after night, year after year, in all parts of Britain he carried out his task of working class agitation, education and organisation. No comrade ever did more of his work so uncomplainingly as Comrade Saklatvala. No call was ever made to which he did not respond.”

He travelled to Ireland, giving his speeches in support of trade unionists, fellow socialists and backing Indian and Irish independence. In Battersea, he worked closely with many comrades, including leading pan-Africanist John Archer, who was elected London’s first black mayor in 1913.

Fellow communist Tom Bell observed: “There is no doubt Saklatvala wore himself out before his time in an unselfish devotion to the cause of the colonial peoples and of communism.”

Commentators described Saklatvala as one of the most gifted orators of his generation. While serving as an MP, he wrote a ferocious article ridiculing the House of Commons. But he revelled being a parliamentarian, putting himself forward as a candidate at a time when few fellow Communists thought it was a good idea. 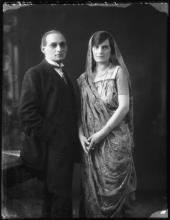 From Saklatvala’s first days in the Commons, his biting wit and irreverence were unleashed. The Times in 1923, reported: “As to the Indian Civil Service’, Saklatvala said, ‘it was not Indian, it was not civil, and it was a domination and a usurpation. Barring those three great defects, the Service was all right.”

Referring to a debate in 1928, the Manchester Guardian wrote: “No contribution to the debate had such a stirring and stimulating effect as Mr Saklatvala’s, and for some hours afterwards the enquiry was everywhere made when two persons met within the walls of Parliament, ‘Did you hear Saklatvala’?”

He scored a parliamentary first when he addressed the Speaker as “Comrade” and his rejection of the ruling class and their institutions, particularly the monarchy, was evident when he lampooned them.

“A few families supply monarchs to Europe just as a few biscuit factories supply biscuits all over Europe,” he told the Commons.

In a debate about whether or not to allocate the Prince of Wales a £2,000 grant (more than £30,000 in today’s money) for a trip to Africa and South America, Saklatvala mocked the muted Labour criticism of the proposal. “If they want an Empire and a ‘Royal nob’ at the head of it” (Loud cries of ‘Order’ and ‘Withdraw’) Saklatvala, quipped: “The Royal head, I mean.”

He added, in the same spirited fashion, that he opposed any grant to the Prince of Wales on the grounds that it was “the usual trickery of the minority, who were helping themselves at the expense of the majority.”

Sometime earlier the Commons was told the Prince of Wales had received a “cordial invitation” to visit India. Saklatvala protested: 'The people of India said they did not want his Royal Highness there, and the Government of India had to empty out the gaols and pay money to spectators.” (Ministerial cries of “Withdraw.”)

They covered foreign, colonial and domestic issues from world revolution to cases of hardship and injustice faced by British and Indian workers.

For Saklatvala the battle against imperialist subjugation was just as important whether it was being fought in India, Palestine, Ireland or Africa.

compromising in arguing that the exploitation of the global south damaged African Asian and Caribbean workers and white workers in the Western hemisphere alike.

He said that private enterprise, which was so much lauded in Britain, had spread to India, with the result that its big dividends, low wages, and long hours were depriving thousands of workers in the cotton industry in this country of their livelihood.

* Marc Wadsworth is the author of Comrade Sak, Shapurji Saklatvala MP, a political biography the second edition of which is available for purchase here

Centenary of Shapurji Saklatvala getting elected to parliament