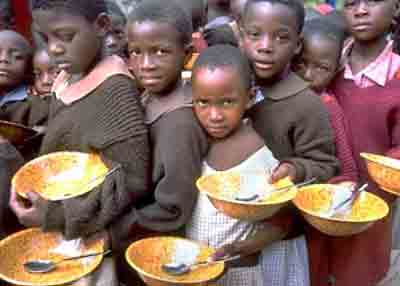 Ten African countries have halved their poverty rates over the last two decades, but child mortality rates have increased in six sub-Saharan nations, according to a new report on the United Nation's Millennium Development Goals released this week.

The countries that halved their poverty rates since 1990 include relatively populous countries such as Ethiopia and Egypt and post-conflict countries such as Angola, the report said. However, in Nigeria and Zimbabwe, the proportion of the population living in extreme poverty has risen.

Sub-Saharan Africa is the only region in the world registering an increase in the under age 5 mortality rate, which has risen in Cameroon, Central African Republic, Chad, Congo, Kenya and Zambia. Thirty-four of the world's 36 countries with child mortality rates above 100 per 1,000 births are in sub-Saharan Africa. The others are Afghanistan and Myanmar.

The Millennium Development Goals Report Card, which was sponsored in part by the Bill and Melinda Gates Foundation, was released on Tuesday to coincide with meetings of G8 and G20 countries in Canada starting on Friday.

The report said that the key message concerning the millennium goals is that progress is possible.

The conditions that help a country make progress include open trade policies, an openness to technology, consistent leadership committed to reducing poverty, and reform aimed at making the public sector accountable, the report said.

The Millennium Development Goals, adopted by 189 world leaders in 2000, include cutting extreme poverty by half, ensuring universal primary school education for all children, reducing child and maternal deaths, halting and reversing the HIV/AIDS pandemic, and cutting in half the proportion of people without access to safe water and basic sanitation, all by 2015.

It was also documented in the report that progress was mixed on the goal of halving the number of people who suffer from hunger. Just over half of countries have made progress in reducing undernourishment. Progress has varied greatly. In Ghana, hunger levels were cut 75 per cent between 1990 and 2004. But in the Democratic Republic of Congo, hunger levels more than doubled to 76 per cent during the same period.

Ahead of the Football World Cup earlier this month, the UN tried to underscore some of the vast differences between countries by noting that life expectancy in Nigeria is 48 years compared with 75 years in Argentina, and that women in the Ivory Coast are eight times more likely to die in child birth than women in Brazil.

No, not a superinjunction but a Big competition