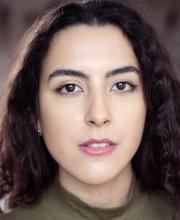 What makes me sad about the Brexit gamble, as a young Londoner of Colombian and Italian descent, is more than just the unwelcoming feeling that inevitably sits inside me, as a non-UK citizen, in a country which I called home until the day before.

The surprise and, yes, xenophobic, vote for Britain to leave the EU has resulted in stereotypical and racial sentiments manifesting themselves as well as being promoted in society. Now I’m either a cocaine dealer or a mafia conspirator. Obviously. That’s my label isn’t it? Because people jumping to what should be obsolete conclusions works much easier than them actually taking the time and energy to listen to a fellow citizen who might be different and seeing beyond “labels”. The idea that one country should be made of cardboard cut-out individuals with the same national background, visions and beliefs, scares me.

The Brexit monster doesn’t just lie in the Houses of Parliament but stalks the streets, even in my multicultural city that is London. It sits next to you in the tube. Asks for your lecture notes. Or, goes as far as taking you on a date. The phantom might be hidden at first, but it will eventually make its way genie-like out of the mouth camouflaged behind sarcasm.

The truth is Brexit, as a form of sentiment, doesn’t live inside people but rather floats in the air, they will ultimately inhale. This is true not only in the United Kingdom but also everywhere in a Trump world that hankers after making this country or that “great again”. Huge numbers of voters, alienated and disenfranchised by the political elites, have retreated into a comfort zone of splendid isolationism, xenophobia and bigotry. It’s a gust of polluted air, which I hope will soon be blown away by the winds of internationalism and friendship.

We heard and read so much about Brexit it made us feel we are now like experts on the vexed subject. How trade within Europe will be affected. How the industrial policy will change as Britain trades alone in the world. How foreign direct investments might decrease. How immigration free movement law regarding may face new severe restrictions.

We can all probably agree that opposition to migrants, especially from Eastern Europe, was the main reason why the UK voted for in the referendum to leave the EU. Sadly – for those who wanted doors to be closed and Britain cut off from the rest of the world – this will probably be the aspect that is least changed.

All the other hotly contested fun stuff, like including customs duties and tariffs, have been caught up in a vicious political tornado. But what can you do? Article 50, triggering Brexit, has been passed by the British parliament. And prime minister Theresa May has indicated she will give the green light to life-changing Brexit talks with the EU at the end of this month.

Few commentators believe the complex process can be completed in the allotted two years. So, voters who previously supported Brexit but feel they have been hoodwinked by dishonest politicians, could guillotine it at a British general election that has to take place by 2020.

If that happened, would I feel more welcomed again? Some people might say the damaged will already have been done by then. The very “foreigners” that made Britain “great” will have packed their bags and fled, maybe me included.