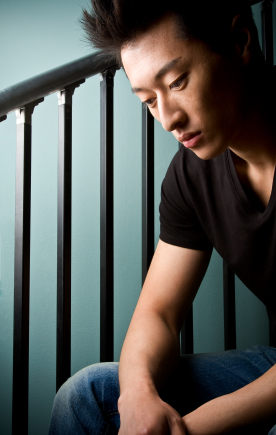 About half of urban psychiatric patients on the Chinese mainland who need hospitalisation cannot afford it, said a veteran mental health expert.

Zhang who is also a member of the Chinese People's Political Consultative Conference (CPPCC) National Committee, urged the government to boost investment and efforts to give those in need full access to mental health treatment.

He made the comment on the sidelines of the continuing annual session of the nation's top political advisory body.

Currently, less than 2 percent of health funds are spent on mental health in many developing countries, including China, the World Health Organisation (WHO) has estimated.

"The situation is even worse in China's vast countryside, where patients with severe conditions are left untreated, posing a danger to others as well," Zhang, a United States-trained psychiatrist, warned.

"It'll be best for the government to greatly improve psychiatric care, since it will help with social stability and public security," he said.

According to a Beijing-based mental health institution, about 82 per cent of the 1,515 people who were accused of criminal offences and underwent psychiatric evaluation there from 1984 to 1996 suffered from mental disorders.

Currently, at least 100 million Chinese on the mainland suffer from various mental illnesses, including 18 million serious patients, according to statistics from the country's Ministry of Health.

By the end of 2010, fewer than 10 per cent of the patients with severe conditions were registered with health authorities to receive subsidised or free care.

Globally, the WHO has estimated that more than 75 per cent of people with mental, neurological and substance-use disorders living in developing countries, including nearly 95 million people with depression, do not receive any treatment or care.

About one in four people around the world experience a mental health problem during their life, experts said.

Given that China is experiencing a great social and economic transformation, public demand for mental health services is sharply rising, said Chen Xiaohong, vice-minister of health.

"The resources available, however, are insufficient and inequitably distributed," said Zhang.

To date, China only has 116 hospitals specialising in mental health, and these are mainly in large cities, according to the Ministry of Health.

"There are very few mental health departments, let alone specialised hospitals, at the county level," Professor Tian Chenghua, of the Institute for Psychiatric Research at Peking University's No 6 Hospital, noted.

For every 100,000 Chinese, there are 1.26 qualified psychiatrists, far fewer than the world average of four, he said.

Huang Yueqin, director of the National Centre for Mental Health, said factors such as poor access to care, economic stress and social stigma attached to mental illnesses drove patients away from professional care. Fewer than 50 per cent of them are aware of their own condition.

In response, since 2009 the Ministry of Health has trained thousands of medical workers, particularly at the grassroots level, with the aim of bringing the treatment of mental illnesses into the primary health care system.

Meanwhile, in the next two years, 550 psychiatric hospitals and departments across the country will be renovated and expanded, according to the Ministry of Health. A free psychological counselling helpline will also be set up in each province.