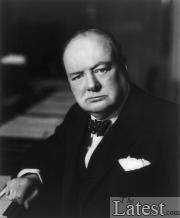 Conservative Member of the UK Parliament Nicholas Soames has called for action to be taken against the far right British National Party (BNP) to stop them using an image of his famous war leader grandfather on a campaign leaflet.

Mr Soames, MP for Mid Sussex, said he "very strongly" objected to the use of Sir Winston Churchill's face on a on a leaflet entitled "This Britain is yours!" and has written to democracy watchdog the Electoral Commission asking them investigate.

The 61-year-old said it gave the impression the former prime minister would share the BNP's beliefs when in fact Sir Winston would "never support a party whose platform is hate".

But BNP deputy leader Simon Darby vowed to continue using the image and said Sir Winston's views on immigration and Islam meant he was "pretty much on our wavelength".

The controversial leaflet uses a picture of Sir Winston's face superimposed with the words "THIS BRITAIN IS YOURS!" in large capital letters.

Underneath, it reads: "Millions of our ancestors gave their lives to ensure you have the freedom to enjoy it.

"YOUR COUNTRY. YOUR LAND. YOUR HOME.

"Do not betray their sacrifice!"

The opposing side features BNP contact details and the line: "The TRUE face of the British National Party".

Asked about the leaflet, Mr Soames said: "I object very strongly to the image of my grandfather being used by the BNP in such a way that it is likely to give the impression that he would have condoned or approved of the BNP platform, which is what this does.

"I can't stop any of that. The law does not allow for Churchill's family to protest against the image being used - if it did, you can rest assured that we would pursue all ends to do so.

"So I am writing to the Electoral Commission to ask them to have a look and see what they can do.

"This isn't about being anti-BNP. I rejoice that we live in a vigorous, splendid democracy where people - however odious - can launch their own political platform and put it before the country. This is about the use of the image."

Mr Darby defended the leaflet and said the Electoral Commission would be powerless to stop the party using the picture.

He also said Sir Winston would be "ashamed" of his grandson, who he described as a "typical fat-cat professional politician".

"There's nothing the Electoral Commission can do about it, but Mr Soames is more than welcome to try," Mr Darby said.

"At the end of the day I think Winston Churchill, by default, would be in the BNP if he was still alive because of his views on immigration and Islam, or Mohammedism as he called it.

"I cannot believe that Mr Soames is ignorant about his grandfather's speeches but they are a matter of public record. And I think Sir Winston would be ashamed of Mr Soames rather than by association with the BNP.

"Mr Soames is a typical fat-cat professional politician, and I say that in the kindest possible way.

"We hear a lot of bluster and fuss but when we say we are not going to remove it that's what we mean. That image is staying as part of our campaign and that is the end of it.

"If we were misrepresenting the views of Sir Winston then Mr Soames would have a point and I would be on the defensive, but when you look at what he said on the British, immigration and Islam he is pretty much on our wavelength."

But Mr Soames rejected the claim that his grandfather would be a supporter of the BNP, saying: "How could Mr Darby possibly know?

"My grandfather died a long time ago, but he would never support a party whose platform is hate. Never."