Darnella Frazier was legally just a child when she summoned up the extraordinary bravery to use her mobile phone to film white cop Derek Chauvin kill unarmed Black man George Floyd in broad daylight.

The schoolgirl, aged 17 in May 2020 when the fatal incident occurred, faced awful abuse on social media for not switching off the filming and going to help Floyd. But, like every citizen journalist faced with the same situation, she did the right thing.

ct, her Facebook-posted footage of the infamous nine minutes and 29 seconds that Chauvin put 90lbs of weight on his left knee to choke to death 46-year-old Floyd was key to getting the policeman convicted of second-degree unintentional murder, third-degree murder and second-degree manslaughter. He could face more than 40 years in jail when he is sentenced in eight weeks time.

How many big adults would have had the cool and presence of mind to do what Darnella did when three other armed cops, in addition to Chauvin, were brandishing their guns at members of the public on the scene? Frantic bystanders, along with terrified Floyd, who cried out “I can’t breathe” and called out for his late mother, pleaded for his life. 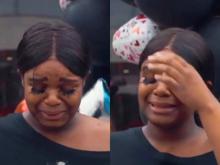 Darnella’s reaction yesterday to the unanimous verdict of the jury in Minneapolis, USA, where the heinous crime happened, was to say on Facebook: “I just cried so hard. This last hour [waiting for the jury’s decision to be read out by the judge once they had reached a verdict] my heart was beating so fast, I was so anxious, anxiety bussing [sic] through the roof," she wrote in an emotional Instagram post.

Earlier, Darnella wrote that her “heart goes out” to Floyd’s family.

She added: “Although no amount of charges will bring back a loved one, justice was served and his murderer will pay the price. We did it,” she wrote.

In an Instagram message after the verdict, Darnella revealed she “cried so hard”.

She quickly received an outpouring of support online for her heroic role in documenting the crime and helping bring justice to the grieving family.

a. Continue to work that phone. You’re the HERO!” one person wrote.

Another said: “We thank you Darnella a true blessing, without you we would have seen no justice for #GeorgeFloyd. May you also heal from seeing such a traumatic murder.”

After the guilty verdict was read out by the judge on Tuesday, President Biden called Frazier a “brave young woman with a smartphone camera". 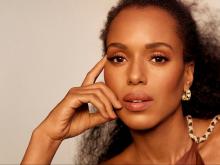 Actor Kerry Washington called Darnella a “hero," tweeting: “Her bravery in that moment must never be forgotten. We lift you up Darnella.”

Pete Souza, a former White House photographer, said in a tweet, that Frazier “demonstrated courage and perseverance in filming what she knew was wrong. This verdict does not happen without her.”

New York City mayoral candidate Ray McGuire also praised the young woman, telling CBS News: “Without her bravery that prioritized George Floyd’s humanity over her own safety, this verdict may not have been possible.”

Frazier broke down in court when asked to identify Chauvin before she described agonising, sleepless nights apologizing for not saving Floyd’s life.  She sobbed when prosecutors asked if she recognised Chauvin in a photo that showed him with his knee on Floyd’s neck.

Darnella posted a message of thanks to Instagram, saying: “This was the officer that was kneeling on George Floyd’s neck” and that's what she told told Jerry Blackwell, a member of the prosecution team, in court. 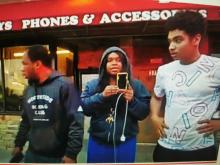 Her video of the deadly encounter, the first to go viral, sparked huge, worldwide Black Lives Matter protests for racial justice and against police brutality.

On social media, many people pointed to the initial Minneapolis Police Department’s cover-up version of Floyd’s death, which said he died “after a medical incident during a police interaction”. The statement did not mention that Chauvin had kneeled on his neck for nearly 10 minutes.

The fabricated police story would not have become the official account of Floyd’s death if Darnella and other concerned citizens had not intervened and recorded the police, something everyone witnessing such an incident should do. As part of the cover-up, Minneapolis prosecutors initially had no intention of pressing charges against Chauvin, until they were put under street protest and political pressure.

International and US rights groups, politicians and foreign officials were also quick to point out that the verdict reached in former officer Chauvin’s case [he was fired by the Minneapolis police department before the trial], which relied on a stark depiction of Floyd’s killing captured on cell phone video and police body camera footage, as well as the eventual condemnation from his police supervisors, who testified against him, remains an exceedingly rare occurrence in the US.

Michelle Bachelet, the UN human rights chief and former president of Chile, said in a statement: “As we have painfully witnessed in recent days and weeks, reforms to policing departments across the US continue to be insufficient to stop people of African descent from being killed.”

Amnesty International’s Paul O’Brien, said after the verdict: “The truth is that Derek Chauvin being held accountable for killing George Floyd is the exception – not the rule."

He added: “We must acknowledge the racist roots of law enforcement in this country if we are to address the systemic failures of policing and bring about meaningful public safety for those that have been historically overpoliced."

Last year, Frazier was the recipient of the Benenson Courage Award from PEN America, a leading human rights literary organisation.

“With nothing more than

a cellphone and sheer guts, Darnella changed the course of history in this country, speaking a bold movement demanding an end to systemic anti-Black racism and violence at the hands of police,” PEN chief executive Suzanne Nossel said.

She added: "With remarkable steadiness, Darnella carried out the expressive act of bearing witness, and allowing hundreds of millions around the world to see what she saw. Without Darnella’s presence of mind and readiness to risk her own safety and well-being, we may never have known the truth about George Floyd’s murder."

Responding to the Chauvin verdict, leading Black attorney Vanita Banks, ex-president of America's National Bar Association, told the-latest.com: "I breathed better today. But we still have much work to do. Our struggle as Black people against police brutality and systemic racism continues."

Vanita was a key speaker at the National Union of Journalists Black Members Council 40 years of restistance: From the Brixton uprisings to Black Lives Matter webinar organised by the editor of the-latest.com