Pioneering citizen journalism websites, including OhmyNews, the Huffington Post and NowPublic, have either folded or been taken over by big media. Deborah Hobson takes a look what has happened to the news by the people for the people dream.

More than a decade has passed since a South Korean launched the most successful citizen journalism website yet.

OhmyNews was founded by Oh Yeon Ho in 2000 with the motto "Every Citizen is a Reporter". It was the first site of its kind to accept, edit and publish articles from its readers and to eventually pay them for their work.

The site was credited with helping an opposition politician defeat South Korea’s sitting president and the man rewarded OhmyNews by giving it his first interview after taking office. 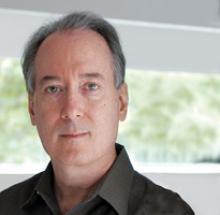 Since the beginning of the new millennium intrepid camera phone-wielding members of the public have pulled off many scoops that trumped big media.

And the response of the corporate owned press and broadcasters has been to at first attack their new rival and then attempt to grab for free its “user generated content” of images and eye-witness reports.

Big media critics denounced citizen journalism as amateur, unruly, indisciplined, rebellious and dangerous. But that is not what they said of the revolutionary “Arab spring” a couple of years ago whose popular uprising was spread on social media.

Here was perhaps the finest example of ordinary members of the public capturing, editing and reporting people power as citizen journalists.

This bottom up dissemination of news not only helped get rid of dictators but struck fear in the hearts of rich, profit-hungry newspaper barons and their editors who could see their top down approach under threat.

It is undeniable that citizen journalism in its purest form – courageous reporting by the people for the people – on the internet in personal blogs, websites and social media, has for more than a decade had a huge impact on the way news is produced and consumed by emerging and established democracies.

In Britain, citizen journalism, largely unfettered by the political and financial agendas of an elite media class and state, has been ludicrously likened to anti-social behaviour by powerful detractors.

In the wake of the horrific London bombings on public transport in July 7 2007, prominent commentators were critical of what they said was the “voyeuristic” and “disruptive” actions of citizen reporters who were allegedly “clambering for dramatic or gruesome images of disaster at the expense of victims and rescuers alike”.

They argued that the quest to be a citizen journalist resulted in behaviour contrary to the very notion of citizenship.

These views were examined by influential journalist Mark Glaser, executive editor of PBS MediaShift and Idea Lab in his piece Did London bombings turn citizen journalists into citizen paparazzi?

Amid the clamour to slam some citizen reporters as “rogues”, Glaser identified, a demonstrable shift in the relationship between those who provide eyewitness accounts and big media.

According to Pete Clifton, the former editor and acting head of BBC News Interactive, the BBC website experienced its most trafficked day ever on July 7 and was inundated with eyewitness accounts from readers - 20,000 e-mails, 1,000 photos and 20 videos in 24 hours.

"It certainly did feel like a step-change [on July 7]," Clifton said. "We often get pictures from our readers, but never as many as this, and the quality was very high.”

Glaser states: “Interestingly, both the BBC and MSNBC.com gave particular citizen journalists who survived a bit more room to tell their story on instant diaries set up for the occasion.”

Other milestone news events in the UK have seen citizen journalists play an even more important role as truthsayers and whistleblowers, holding institutions and decision-makers at the highest level to account through revelatory video footage, photos and the written word.

One such piece, published as a blog in 2008, resulted in the firing of the Mayor of London’s spin doctor James McGrath, a story which went global.

Lies told by the police and ingloriously repeated by the press about the death of innocent bystander and father of nine Ian Tomlinson were dramatically revealed when a mobile phone video recording was handed to The Guardian by an eyewitness.

This clearly showed that Tomlinson died at the hands of baton-wielding PC Simon Harwood although the police officer was prosecuted but not convicted for Tomlinson’s death.

Abroad, shocking images of the Asian tsunami in 2004 and, in 2008, the Chinese earthquake and disaster in Myanmar (Burma) came from people's camera phones and video recorders.

The 2011 “Arab spring” uprisings in Tunisia and Egypt gained world attention because of the personal statements and commentary made by activists on blogs and social media sites like Twitter and Facebook.

The world-wide triumph of eyewitness reportage by an international public not trained in the traditions of mainstream journalism has spawned popular alternative news websites in a number of countries.

Big media’s response to the citizen journalism phenomenon has been wolf-like. Having attacked citizen reporters as chaotic amateurs foraying into the serious business of journalism best left to the professionals, it then decided to try to appropriate the concept.

Broadcasters like Sky, the BBC, CNN, and newspaper websites Guardian.com, Mail Online and many others have exploited “user-generated content” (free submissions from the public) in order to shore-up their own tired newsgathering operations. 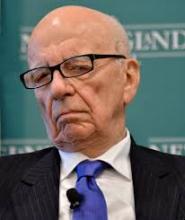 Some have gone further and used the might of their multi-billion pound and dollar media empires to buy-out the citizen journalism and social media threat.

Since Huffington Post sold out to the AOL giant in 2011 for $315 million it has cynically restricted blogging to celebrity guests – cunningly avoiding a repeat of the damaging lawsuit brought by its army of unpaid bloggers who demanded compensation for their work after the takeover.

The Canada-based website NowPublic is now defunct, after it was bought out in 2009 by the Anschutz Company, a Denver-based investment corporation. The website had always encouraged submissions from citizen journalists all over the globe however, its replacement The Examiner.com now only wants to hear from contributors in Canada and the US.

OhmyNews is a shadow of what it used to be. Unable to continue paying fees to its members for published stories, it decided to simply curate free articles about citizen journalism from around the web and sadly the editor of the site appears to be the only one actually doing that job anymore.

Demotix in the UK, founded by well-connected yuppies, has been forced to reinvent itself several times due to its failure to identify a winning formula that was genuinely citizen journalism. Presently calling itself a citizen journalism photo website and agency, it sold its business to the huge Corbis Corporation in 2012, which is owned by Bill Gates.

Mainstream media bulldozing its way into citizen journalism has resulted in limited opportunities for the uncensored public voice to be heard in an open environment.

But, unchanged by big media, The-Latest survives in these unpredictable times.

It remains independent, and still committed to its original values of providing a platform for the voiceless - an alternative space for a public cheesed off with the narrow, biased agenda of press and broadcast editors chained to the corporate bosses who control them.

* Deborah Hobson is the deputy editor of The-Latest.Com.

TL 'leads the way on news ignored by big media'