Climate change is no longer a silent issue 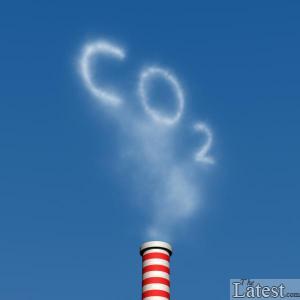 Delegates from 182 nations are gathering in Bonn, Germany, today to start discussions on negotiating texts which could form the basis of an ambitious United Nations-backed climate change deal to slash greenhouse gas emissions, expected to be clinched in Copenhagen in December this year.

The two-week Bonn talks, the second round of UN climate change talks this year, are expected to draw over 4,000 participants, including representatives from governments, the private sector, environmental organisations and research institutions - and rightly so. The decisions made in the next two weeks could make or break the chance of a successful new pact that is intended to succeed the Kyoto Protocol, whose first commitment period ends in 2012.

Unfortunately, recent events have left Non Governmental Organisation-observers and other experts with little reason to believe that so called Annex 1 countries are serious about achieving an ambitious outcome in Copenhagen. Many of the most developed countries, including Australia, Canada and Japan, obviously feel far too comfortable with limiting Global Warming to a maximum of 3 ° Celsius.

On the other hand, developing countries know and know well that it is no longer up to us to speculate on the appropriate level of CO-2 Emission reduction, but that we should rather do whatever possible to prevent what still can be prevented.

Just in time for the Bonn talks, Kofi Annan's Global Humanitarian Forum in Geneva has released a report that reveals that already, each year climate change is responsible for a massive 300,000 deaths and costs the world in excess of $125bn   - more than all the current world aid.

Even more serious though is the fact that 99% of deaths from weather-related disasters are in developing countries. Yet the twelve countries least at risk have made $72bn available for their own adaptation needs while pledging only $400m to help the most vulnerable countries, the hardest hit by climate change, though having done the least to cause it.

Being an observer of the Bonn talks I am just beginning to realise the scope of what is going on here - and what many leading nations are missing. More than any other conflict or crisis that our world has faced before, this one needs a solution that can be calculated, but certainly hardly negotiated.

As the chair of the IPCC (International Panel on Climate Change), Dr. Rajendra Pachauri, puts it: "Four billion people are vulnerable now and 500 million are at extreme risk due to climate change. The scale of devastation is so great that it is hard to believe the truth behind it, or how it is possible that so many people remain ignorant of this crisis."