Death of a genius who changed colour 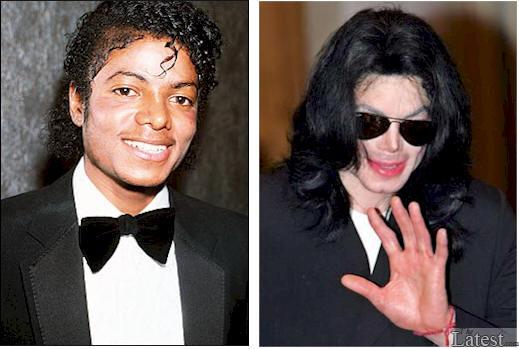 Michael Joseph Jackson died about 25 years ago. The silky cocoa, African-nosed, pretty-eyed music star of my Motown-inspired childhood lost the plot as a proud Black man in about 1984. Yet still the King of Pop, whose official day of passing was yesterday in Los Angeles, must be remembered - paedophilia and all - as a towering artistic genius of our age.

Michael, 50, sold more singles than his nearest chart rival and 1982-released Thriller, produced by Quincy Jones, is still the biggest selling album ever. He had a lifetime tally of a billion singles and albums sold.

Only the death of Muhammad Ali, Barack Obama or Nelson Mandela could have as much of an impact among different races and age groups around the world.

I bought the Jackson Five singles that propelled 10-year-old Michael to international stardom, in the late 1960s, as the falsetto lead vocalist. Even then his dance routines were those of a prodigy. Then he was mature beyond his early years. Later, he was chalk-faced Peter Pan.

After allegations emerged in 1993 of Michael's molestation of a 13-year-old boy, Jordan Chandler, who slept with him at his Neverland theme park "honey trap" questions started to be raised about his "unhealthy relationship with young boys", as CNN's chief legal expert put it. Some commentators said that Michael's mega fame helped him escape prosecution in showbiz obesessed America.

A decade later he was put on trial, following claims of abuse by a similar looking handsome young lad, Gavin Arvizo, also aged under 14. Michael was acquitted. Yet the testimonies against him severely harmed his reputation when added to the fact that he voluntarily paid out millions of pounds to silence the father of Jordan Chandler's claim against him. Some Black nationalists might suspect a white conspiracy to bring down a globally powerful Black icon. But the evidence does not support such a theory.

The witness statement of Michael's trial accuser that I read on thesmokingun.com combined with what Chireal Shallow, a Black woman criminal phychologist colleague of mine and fan of Michael's with no axe to grind, told me about his case. She said evidence in his trial revealed the profile of a "predatory paedophile crying out to be caught". This convinced me of Michael's guilt. He used his stardom, wealth and cunning to groom his prey and buy off their greedy family. Michael's sister La Toya broke ranks with the rest of the Jacksons and publicly called him a paedophile and begged him to stop what he was doing, though she later retracted this. In his youth, when he shared a house with fellow Motown star Diana Ross, Michael confessed to her his "dark secrets" - secrets she has steadfastly refused to reveal.

On another controversy, did Michael betray his race by changing his skin colour and features? Again, with a heavy heart, I say yes. Watching the Granada TV Living with   Michael Jackson documentary in 2003, with the sly Martin Bashir as agent provocateur interviewer, I was struck by the portraits of the white cherubs on the walls of Michael's home. He married two white women, Lisa Marie Presley, only child of icon Elvis, and Deborah Rowe, with whom he had "white children". And the boys to whom he was attracted were   never   Black.

American civil rights leader   Rev Al Sharpton said: "He made culture accept a person of colour way before Tiger Woods, Oprah Winfrey and Barack Obama. No controversy will erase his historic impact. Michael learned to be creative against the worst critics. He knew he had shortcomings but Michael knew how to use his strengths to help people. We Are The World would   not have been possible without him. After it came Live Aid, to help the people of Africa. He was a humanitarian; the King of Pop and no one could take his crown away."

Up until the mid 1980s, Jackson's natural changing appearance through puberty and age garnered little to no negative news media attention. But by the mid 1980s it was apparent that his appearance was being altered by something more than the aging process.

Michael's skin was gradually lightening in tone, his nose and chin were altered and he was losing weight to keep his dancer's body. These alterations would continue in a steady progression over the next 20 years. Michael's apologists said his lightened skin tone was due to the diseases vitiligo and lupus - with which he was diagnosed in 1986. They said the singer's personal choice was to cover the blotched skin with make-up; something many sufferers do.

What they couldn't deny was that his altered facial features were the result of expensive cosmetic surgery. By 1990, people close to the singer say he had undergone about 10 plastic surgery operations.

As an adolescent Michael and some of his other siblings state they were physically and emotionally abused by their authoritarian father, Joe. Jackson rarely spoke about this, except when he memorably broke down on the Oprah Winfrey show, but, when he did he became very emotional and admitted that he would often vomit before meeting his dad.

In court documents, some mental health experts have expressed the opinion that Michael was psychologically a regressed 10-year-old. Some medical professionals have also publicly stated that he suffered from the body dysmorphic disorder. Whatever the truth, Michael was a tortured soul who has now found peace in   death.

* The role of the internet played a crucial part in reporting Michael Jackson's death which was first revealed on an American entertainment website. The Los Angeles Times online was the next with the news. And stars, including P Diddy, Missy Elliott and Kelly Rowland, paid tribute to him on Twitter.

See music video Don't Stop 'Till You Get Enough

1 Response to "Death of a genius who changed colour"

<p><strong><u>Chris Gaynor</u></strong></p> Good commentary. Anyone who dies so young is a loss to this world. I've never been able to understand why he was so ashamed of his colour. He was a good looking chap ( but he let himself become obsessed with conforming to what others wanted him to be, or what society dictated at the time.) He was a legend. I wonder if they'll be a concert like there was with Sinatra and Presley when they bought them back through the use of digital. Now that really would be something to watch out for...