Despots are more open than our own leaders 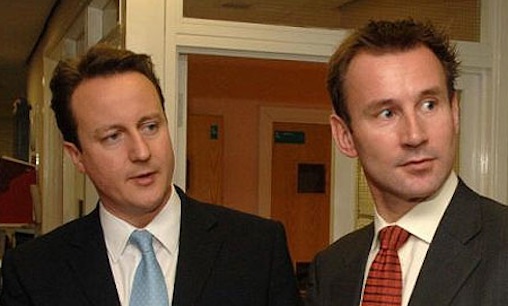 King Mswati III of Swaziland might be a despotic, absolute monarch, polygamist, human rights abuser and, at a guess, an absolutely massive arsehole, but at least we know what he’s up to.

At home news emerges every day that proves we have precious little understanding of how our own leadership actually operates. For all we know about its inner workings, our cabinet might as well be a cloud of farts floating above Westminster that, every few years, we have dispersed with giant fans when it gets too smelly.

Last week, both King Mswati III and the British government were embroiled in separate controversies that stank of corruption’s deadly guff. King Mswati III took receipt of a DC-9 twin-engine aircraft exclusively for the use of him and his 13 wives. He denied that it came from taxpayer’s money. Instead, he said it was a present from a friend, but that he couldn’t tell anyone who this friend was.

This is known as ‘the toddler’s defence’ – apportioning blame to a fantasy third party. What’s all the more astounding is that in 2002 the King (the world’s 15th richest monarch) tried to use public funds to buy himself a jet, but the sale was halted by street protests. He was just hoping that in the ten years since everyone had forgotten. 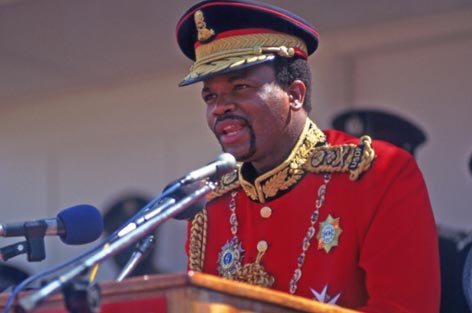 He also denied that he might have got himself a gift because it was his 44th birthday on April 19th, an occasion for which he made ordinary Swazi’s – typically people living in extreme poverty – donate a cow for ritual sacrifice. There is a vast cultural canyon between our country and his. We can barely begin to comprehend the differences. But it is all too easy to dismiss what goes on there as funny or totally cow shit mental when in fact we’re being told lies every day which in the correct cultural context are just as absurd.

James Murdoch alleged at The Leveson Inquiry that the Culture Secretary Jeremy Hunt was feeding information to their company, News Corporation, which might have aided their bid to take over BSkyB. This was the very acquisition that Hunt was charged with impartially overseeing. Where he should have been presiding over it with a cold eye and the public interest at heart, he instead got giddy at his proximity to the famous billionaire magnate.

He was effectively turning up at their door, a full steaming potty in his hands, desperate to be patted on the head and told he was a big boy now. At the time of writing, Hunt is still in his job, despite Ed Miliband calling (out of his nose) for his resignation. If at the time of reading he has lost his job, the magnitude of his actions remains.

Alright, he just sent a few emails. It doesn’t capture the imagination in the same way as King Mswati III buying a plane, killing some cows or having a party every year where he chooses a new wife from 10,000 topless virgins. But by clicking send he could have changed the British political and media landscape forever.

He could have, due to an ulterior motive, allowed a company with commercial interests to dictate the media we consume and ultimately the policies politicians make. It could have been worth billions of pounds, for which you can buy as many planes full of cows as you like. It could have created figures – an elite – with a level of unaccountability we’ve not witnessed here before.

And when someone has that kind of power, which in this little hypothetical bubble might have been David Cameron, its not long before he’s at a party with 10,000 topless virgins. Still, all of them would have been wishing they were at King Mswati III’s party instead. At least he sounds like fun.

Obama is wrong about Rev. Wright

Davuluri: 'Too Indian for America, too dark for India'