Double treat of music and laughter 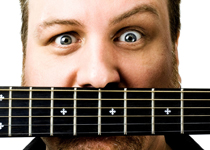 There’s no doubt that Mitch Benn is an old hand at this game. He’s been touring and performing since starting his comedy career in Edinburgh 17 years ago.

But this isn’t just Mitch’s show. This is a double-bill.

The venue is The Comedy Box in Southville, Bristol. The second comic is Andrew Bird, though calling him “second” is misleading. It implies a lower status, which is an unfair assumption based on lack of knowledge. He’s not the second comic at all – he’s first up.

Both acts are here to preview their Edinburgh shows, as part of Bristol’s BrouHaHa festival. The festival, masterminded by organiser Steve Lount, continues until the 23rd July.

By the end of this week Bristol will have played host to Richard Herring, Andi Osho, Henning Wehn and, of course, Mitch Benn. 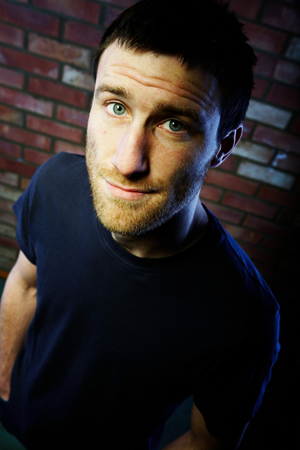 That’s an impressive list given that this is neither London, nor Edinburgh. But then Bristol’s always been a good place for culture, comedy and, of course, cider. It’s approaching 8.30pm and the venue is packed. It’s hot and cramped. Moving the elbows one inch too far will either knock someone’s pint out of their hand or their nose out of joint. Neither courses of action are advisable.

The lights go out and Andrew Bird bounds onto the stage. Within moments he has the audience on his side. His ability to combine finely crafted jokes, stories and anecdotes is helped by a relaxed, easy-going rapport with the audience.

In hour passes, feeling more like minutes. Before long it is time for Bird to bring his show to an end. But there’s a problem. He has underestimated the length of his set.

This does not detract from the quality of his performance, even as he conflates the last quarter of his act in a race for the closing joke. But it does leave the audience wondering what they have missed.

It’s not such a bad thing – it is better to have too much material rather than too little. This is meant to be a “work in progress”, not a slickly oiled performance. The fact that there are glitches only adds to the appeal.

Bird’s ability to move past minor issues – such as forgetting to bring his press clippings, as he has tonight – and carry on regardless is impressive. Such technicalities would have floored a lesser comic.

Andrew Bird is no support-act. And he is certainly no “second” fiddle. This is a headliner in action.

After a short break a familiar figure with a guitar takes to the stage. But is it the right familiar figure? Or is this Mitch Benn’s skinnier brother? 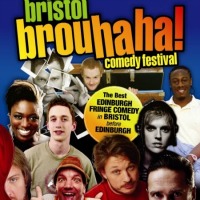 A second glance confirms that this is, in fact, a newly svelte Mitch Benn. Within moments a familiar blend of booming vocals, rhythm guitar and the traditional satirical wit makes itself known. This is a master at work.

As he reaches the third verse of his opening number, he confesses that he has forgotten the words. He stops for a moment, apologises, and then points out that he wrote the song in his head on the drive to the show.

None of this matters. The audience are having a terrific time and the fact that there has been a bit of a cock-up-on-the-song-lyric-front adds to the hilarity.

Benn points out that there is no over-arching theme, no pretentious message, and that his show is written purely to make people laugh. It’s a refreshing thought in these times of themed and gimmicky comedy shows. There’s nothing wrong with such shows, but it is great to know that some comics have just one goal: to entertain.

And entertain Benn does, as he switches between songs, gags and anecdotes. There’s something for everyone here, except perhaps supporters of the British National Party or the Eurovision Song Contest. It’s not always politically correct, but there’s nothing wrong with that.

Benn philosophises on the difference between a “Trekkie” and a “Trekker”, why he isn’t a proper Doctor Who fan at all (even though he thought he was) and what to say to a baby when changing its nappy.

Two songs stand out. I’m Proud of the BBC is a tongue-twister of a tune. It is guaranteed to put a smile on any right-minded person’s face, whether they want it to or not. What’s more, there’s even a t-shirt of the song available.

Mitch Benn is keen to point out that these t-shirts are still available. There are boxes of them clogging up his garage.

The other key song is Benn’s nod towards Jeff Wayne’s infamous rock opera The War of the Worlds. The source material might be a little shorter, but brevity does not mean a drop in quality.

But what subject matter could be epic enough for such a venture? That would be giving the game away. And this reviewer is not about to do so.

This double-bill has been a resounding success. Everyone departs with a smile on the face, their comedy appetite sated for another night.

Andrew Bird and Mitch Benn are guaranteed to provide first-class entertainment at Edinburgh. No pretensions, no lofty game-plans, just top notch comedy, music and performance – with a couple of Dalek jokes thrown in for good measure.

In the meantime, why not help Mitch Benn’s plans for garage clearance by purchasing an I’m Proud of the BBC t-shirt? Just a thought.

Mitch Benn can be heard most weeks on BBC Radio Four’s The Now Show.