Embattled locals fight against plans to bulldoze their communities 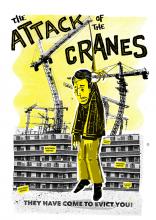 Three of the most intense fight back battles will light up the cityscape in 2018. Here are three trends to watch for. 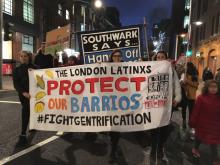 Latin London communities, a newly recognised ethnic/cultural group, have won some victories. In Tottenham, North London, they have rallied to save their Sisters indoor market “a popular, buzzing little hub of Latin shops”.

Moreover, in Elephant and Castle, they defeated the “regeneration” of the existing shopping centre and surrounding areas. “Safe homes, not gentrification” is the campaigner’s battle cry. They want to keep their communities alive and well. 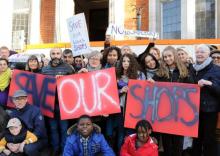 "We don't oppose development, we oppose THIS development because it does not offer a fair deal for our communities", said scholar, community activist and Latin Urban Studies expert, Dr Patria Roman-Velazquez.

Indeed, United Nations human rights experts support their plea. Victory could boost the cause of beleaguered communities across the UK and world.

Residents in multi-racial and minority ethnic Aylesbury Estate, South East London, have added sit-ins to their fight back armoury. They occupied empty flats in protest against gentrification of the area.

This is significant because Aylesbury houses almost 8000 residents in one of the biggest housing estates in Britain and Europe. Significant, too, because renting tenants and owning leaseholders joined pro

tests. Both have lobbied against a 1.5-billion-pound, two-decade scheme to flatten and rebuild the valuable property.

Their fight back websites recount the tales of woe and spirited defence.

Nevertheless, with all its problems, loyal residents seek improvements and fear the terrors of “renewal”. One tenant is on record saying what many believe:

“I am sick of people talking badly about the Aylesbury. I love living here. The flats are nice and big, and people are friendly".

Brent is another incubator for popular action. This time organising public displays of anger against what they would call “institutional indifference”.

Organisers for Gaashaan, a non-profit body, say Brent’s housing authority is "responsible for the continued suffering of our communities and our families." A spokesperson, Sahel Ali, claimed the council was forcing families and the homeless into accommodation "unfit for human habitation".

The main themes in these three campaigns are clear. End community destruction. Supply affordable public housing. The lessons learned are relevant everywhere people are under threat.

Communities want to save neighbourhood shopping centres that are community hubs – not the soulless malls of retail giants. Migrant communities are proving they can breathe life into struggling parts of London. Significantly, local campaigns have saved hundreds of small businesses – many of them owned by women, much higher than the national average.

Notably, the favoured tactics are protests and direct action. When legal intervention fails, they sit-in to halt the spectre of demolition and forced displacement.

Therefore, “We won’t go!” is not mere rhetorical hyperbole, as the naysayers claim. Latin Londoners in Seven Sisters and Elephant and Castle say the cry has a positive value. Organisers began where the people are, recognising that local actions impact on larger issues.

The campaigns demonstrate that people can negotiate for the essentials of urban life. Among them community survival, civic participation and advancement. Black and ethnic minority housing campaigners in Aylesbury and Brent would undoubtedly agree.

Will 2018 be the year their plight, pleas and justice demands succeed?

*Professor Thomas L Blair publishes the Chronicleworld and is an award-winning contributor to The-Latest. He has proposed some of these ideas in his eBook, The Poverty of Planning.

Embattled locals fight against plans to bulldoze their communities