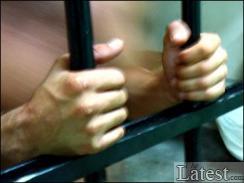 Women's Institute members have voted overwhelmingly to back a resolution calling for an end to the incarceration of the mentally ill in UK jails. The move is inspired by the experience of a member whose schizophrenic son killed himself in prison.

Delegates at the National Federation of Women's Institutes(NFWI) annual conference in Liverpool backed the move 6,205 to 173. The campaign, which calls for "far-reaching reforms" will target MPs, courts, health and prison authorities.

The vote followed three months of debate on the issue at every WI branch in England and Wales.
'Terrible tragedy' NFWI chairwoman Fay Mansell said: "The members are strongly behind this campaign and we will be deciding how to move forward in the next few weeks."

Prison Reform Trust director Juliet Lyon, who addressed the conference, said the resolution showed something good could emerge from a "terrible tragedy".

She said: "After her schizophrenic son killed himself in prison, one mother's determination to stop other families suffering, as hers has done, has led to a resounding commitment from the WI to stop the cruel practice of locking up mentally ill people in bleak, overcrowded jails.

"It is difficult to think of anywhere more likely to make an ill person worse."

Lyon added that the trust now expected to see the development of "diversion schemes" for mentally-ill offenders at police stations and courts and a "proper" mental health services opened up across England and Wales.

She said: "When a highly respected organisation like the WI looks at the dark, neglected world of prisons and highlights the plight of the mentally ill then things will start changing for the better."

The NFWI annual conference is thought to be the UK's largest annual gathering of women.
Eight years ago, then Prime Minister Tony Blair was given a hostile reception when he addressed the conference, with members heckling and slow hand-clapping throughout his speech.

Police must not be 'overwhelming and oppressive' at Carnival