Horsemeat scandals sent shockwaves across the European food industry in 2013, setting off investigations, launching communications into a frenzy and even driving some major players to bankruptcy.

In the wake of the investigations, the perverted effects of free trade zones were brought to light, and some countries kept re-appearing on the list of food-tampering suspects.

Is there a breach in the regulation walls around the food market in Europe? In recent years, the number of food scandals hitting headlines hasn’t stopped rising, despite strict standards enforced throughout the Union. However, if the rules at the gates are demanding, any dodgy products which make it past the red line are then free to be moved anywhere on the free market, which no longer monitors people nor goods at the borders.

A simple example of food standards, intending to enlighten consumers of the true quality of the food they are buying, is egg-stamping. In order to prevent industrial eggs being sold as farm eggs, on each egg sold, the customer will find a first number ranging from 0 to 3. Organic eggs are marked 0, free range eggs are marked 1, indoor eggs are 2 and battery cage eggs are 3.

The point of the coding being to make sure customers know what they are actually buying, despite similar appearances among the eggs. And yet, the number of stamp-tampering cases has always been high, be it selling “3” eggs as “0” eggs, or outright voluntarily mis-stamping them, as it happened in United Kingdom, with eggs from France and Ireland. But these cases are mild, albeit clearly fraudulent, as doctors and nutritionists agree that there is no health risk, and biologically speaking there is no difference among the eggs.

The fact is, it’s quite hard to know exactly where each product and substance comes from and what it exactly is - all the more in the case of composed products.

Things got even further beyond the fraud line, with the European horsemeat scandal, as the product sold was indeed biologically different from what customers thought they were buying. Though the product didn’t present a health hazard, many people do not wish to eat horse meat for psychological reasons and doing so unknowingly distressed them. The investigation which ensued showed the practice was widespread, and the industrial companies involved paid a high price-ranging all the way to being run out of business - for their unorthodox practices.

Then, there are the countries that seriously bend the rules, by importing products that are legal, but made from forbidden sources. L-Cysteine is a commonly used amino-acid, an additive used namely in bread.  It serves as a dough conditioner, or a dough softener, and it is perfectly safe to eat. Its role in dough is to prevent it from retracting to a ballish shape once it has been spread out. It can be found under its real name, its principal derivative “Carbocisteine” in medication or its international code E920. 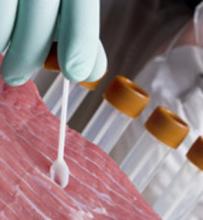 nsumers are not very fond of the idea of additives in their food, but as long as the item is properly labelled, the deal is fair. However, the production method for L-Cysteine is strictly regulated. It could be produced synthetically, but an alternate method is extracting it from hair (hog hair, bird feathers, or even human hair in the case of some Chinese producers). But extracting it from human hair is strictly forbidden by European standards.

Unfortunately, some Spanish producers quickly realised it would be very difficult for European inspectors to certify how the food additive is produced in China. And once the fraudulent Cysteine is inside Spain, it is inside the Union and therefore past the gates, free to go anywhere it is sold. Cases of human hair has already been hitting the news and authorities have been notified, though they reckon it is a tough problem to tackle.

The number of food scandals hitting Spain has been constantly on the rise in the past years. The Spanish economic situation has caused businesses to scramble in a cost-cutting race, while governmental agencies are left with reduced budgets to enforce regulations and to run checks and inspections, despite a recent effort to tackle the problem. The geographic situation of Spain also makes it quite hard to control, as it has borders with 2 countries (4 or even 5, if you count the small borders with Gibraltar, Andorra and Morocco). Spain is one of the problematic countries in the European Union, which have failed to set up proper protection systems on the European borders.

One of the many things European consumers enjoy, unknowingly and casually, is a relative peace of mind regarding the food they buy, because EU officials make sure only acceptable-quality products hit the markets. But if countries like Spain continue to import or export products which are specifically listed as undesirable by the public and fraudulently sold as quality items, it will long-lastingly and considerably reduce consumer trust.

Companies which have been caught red-handed tampering with their products have systematically paid a hefty price, both from the public and from authorities. The latter form of punishment is in fact the least: a company can always pay a fine or negotiate payment of indemnities. But no company will survive when the public turns away from a name which has defrauded them and chokes it to death.

* Kayla Mitchell is a retired nutritionist.