Explosive portrayal of race and gender in 1950s America 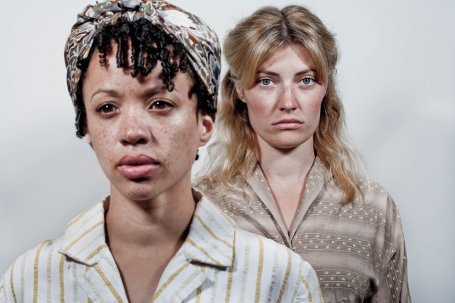 Noami Wallace's play And I and Silence is a beautiful illustration of friendship, love and survival.

Under the direction of Caitlin McLeod, this work is bound to challenge the audience.

Set in segregated 1950s America, the play follows African-American Jamie and white working class Dee. Staged at the Finborough Theatre, London, the play goes back and forth in time as young dreams crash into a harsh reality.

The play which derives its title from Emily Dickinson’s poem, tells the story of the young teenagers (Cherrelle Skeete as Jamie and Lauren Crace as Dee) who meet in prison and bond over their experiences together.

Jamie and Dee dream about pursuing careers and getting married once they are out. However, as the older versions of themselves soon find out (played by Cat Simmons and Sally Oliver) the world is not ready for interracial friendship.

They are awakened by the realisation that you don't have to be in prison to feel imprisoned. The play owes much of its brilliance to Simmons and Oliver¹s effortless performance and Skeet and Crace's vibrant energy.

Playwright Wallace is able to cover numerous themes in just 75 minutes. In this time, through humour and poetry, Wallace subtly confronts social issues such as race and gender and their effect on personal relationships. The personal becomes political in And I and Silence.

A comedic force to be reckoned with