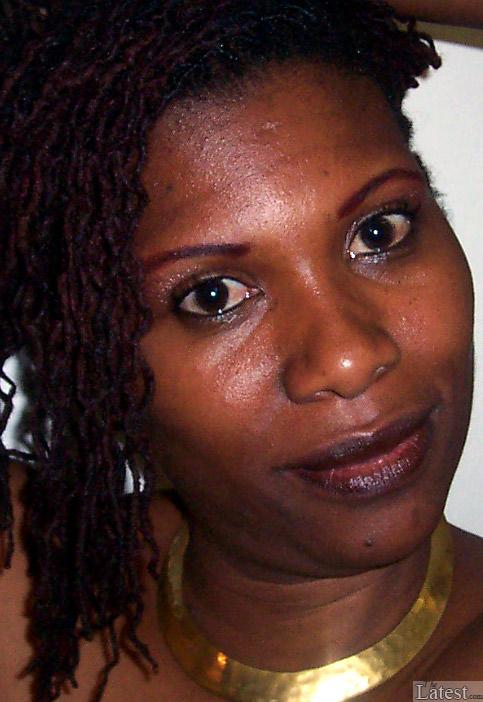 Zimbabwe is in turmoil after a general election at the weekend whose final result has not yet been declared. But that hasn't stopped the rabidly anti-President Robert Mugabe Western news media stating that their opposition friend Morgan Tsvangirai, of the Movement for Democratic Change (MDC), has won. Harare-based radio executive Nyasha Mpunga, a former Mugabe backer turned MDC supporter whose father was assassinated after he became a critic of the president, talked exclusively to The-Latest.

The-Latest (TL): What's happening.
Nyasha Mpunga (NM): Oh, they're keeping us on the edge of our seats not telling us the election results. Currently everyone is not clear about the outcome.
TL: But the situation is probably a lot more complex than the West's wishful thinking that the Opposition have won, isn't it.
NM: I am not sure. Many people here are saying that the MDC has won but I would beg to differ. The margins that Mugabe's Zanu are beating us by are just too great. Let me wait till tomorrow when I think I will be in a better position to comment after I get most of the information I'm seeking. I could write a piece for The-Latest then. I want to first go into the townships now and see if I can get a better picture of what's happening. Yep, I will be back in the evening. My sister in New Zealand runs the Save Zimbabwe Campaign and she's been on the phone asking to be updated the same as The-Latest. None of my family have run for office this time, but my Dad was a politician when they killed him.
TL: The Editor of The-Latest was in Nigeria in December - robbed at gunpoint in Warri, which was scary for him. Are you frightened to be reporting from Zimbabwe.
NM: Well, it's hectic here now, but at least armed robberies are very rare. But sometimes it happens and if Bob (Mugabe) comes back into power it will get worse. 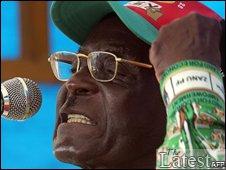 TL: African Americans and African-Caribbean British, instinctively hate Western meddling in what they consider 'the Motherland' and for Black people abroad, Mugade comes across - like Venezuela's President Hugo Chavez - as a leader who stands up to the West. How do you react to that.
NM: I know how they feel. That's how I used to feel. That's why, so far, I have not left Zimbabwe. I will happily visit any part of the world but my roots are right here. Yes, Mugabe stands up to the West, but, guys, this is at the expense of millions of Zimbabweans who are dying under his rule.
TL: But Black people in the West see that as caused by the West and its sanctions aimed at starving the people of Zimbabwe into getting rid of him. That's why they need you to tell them what's going on from a Black Zimbabwean perspective that is not pro-West.
NM: As a nation we can feed ourselves but the ruling Zanu party have given each other multiple farms and there is no productive activity on the farms and that's crap. If they equally distributed the land amongst the Black people, I would not even complain. But that's not what has happened.
TL: So, it's a bit like the "Black economic empowerment" scandal in South Africa which has enriched the Black few to the disbenefit of the many, right. Why is there no activity on the farms.
NM: Something like that but here it's sick because they are wasting resources.
TL: How are they doing that.
NM: They are farming "diesel and petrol" not crops to feed people. They (the government) supply them with cheap diesel and petrol, which they sell on at a huge profit rather than using it to farm.
TL: What do you mean.
Pause in interview.
NM: Sorry, I was on the phone with Real News Canada.
TL: Ok.
NM: The goverment gives them fuel and they take it and sell it on the parallel market at a huge profit.
TL: And the farmers do no work. How is that allowed.
NM: They get the fuel from the government for about 50 US cents a litre and then they sell it for $100. Why should they farm when the crops they farm do not give them an instant turn over like that?
TL: They must be very rich by now then.
NM: They are. And the poor are very poor, while the farmers are driving around in four-wheel drive Hummers on a daily basis.
TL: Describe what's happening at the moment - the atmosphere. What people are talking about.
NM: They wonder, what does tomorrow hold for us? How much will transport cost? Everyone is tense. People are angry at the situation. Prices are sky high for basic commodities
TL: What's on the radio, TV and in the papers.
NM: Nothing much, just the usual TV programmes and music as usual they are really keeping the results a secret. I was at the command centre this morning and, like yesterday, they're not giving out the results. No leaks no tip offs, to us in the media.
TL: Why? Has it ever been like this before. What's your take on it.
NM: It has never been like this and every time they announce the results it's alway one for you one for me. Zanu (President Robert Mugabe) win then MDC (Opposition leader Morgan Tsvangirai) win. In the past, by now we would be knowing what is our fate.
TL: What do you make of that.
NM: It could go either way. We had army generals threaten in the newspapers a few days before the elections they would not salute Tsvangirai. And then you have the Opposition saying we are ready to take to the streets, like they did in Kenya, with all the blood-shed that involved.
TL: How was your father, Felix Mpunga, killed and what post did he hold.
NM: His name from the liberation war, in which he fought side by side with Mugabe as a leading member of the military wing of Zanu, was Hokoyo Santana. We don't know exactly how he was assassinated but it was a cold blooded shooting which was then dressed up to look like one of those famous car accidents in this country where the wreck is never found and the other car never existed.The week it happend in 1981 he had been elected national youth secretary for Zanu Ndabaningi Sithole (an internal group in the ruling party critical of Mugabe), named after the founding father of Zanu.
TL: So, he was an early Mugabe critic.
NM: Yes, he belonged to the organisation that was an internal split from Mugabe's Zanu. Sorry the split came after they (Mugabe's wing of Zanu) successfully assassinated (in 1975), another critic, Herbert Chitepo.
TL: Who was Herbert Chitepo and who killed him.
NM: He was a nationalist lawyer and the secretary general, at the time, of the Ndabaningi Sithole faction. Sithole, the leader, was in prison, so Herbert called the shots. An eye witness to the assassination was later found dead but she had told Sithole's wife, and other people who were at the hospital with Herbert, what had happened. Two day later she was found hanging in her house. That death too was dubious because no chair was found near where she was suppose to have hung herself. The whole thing was called the struggle within the struggle. Look for a book called The struggle within the struggle by Masipula Sithole.