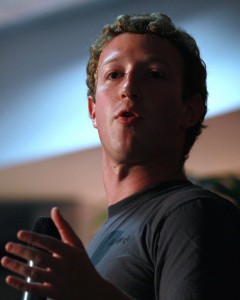 On the surface, the story of a website's genesis would not seem likely to yield a dramatically compelling movie however, The Social Network, released this week, has enraptured critics.

Earning a stellar rating at Rotten Tomatoes, the US website devoted to reviews, information and news about films and most widely known as a movie review aggregator - only two reviewers, including the notorious New York Press critic Armond White, have dissented thus far.

Scripted by Aaron Sorkin (A Few Good Men and NBC's The West Wing) and directed by David Fincher (Fight Club and Zodiac), the film is essentially a biopic of Mark Zuckerberg, the brilliant, awkward founder of the huge social networking  website Facebook, who employed what many consider Machiavellian tactics to emerge from Harvard University in America as a Silicon Valley wonder kid.  So why have the critics hailed The Social Network a success?

Fincher is able to tease out truths about "the way we live now" by "retracing, step by step, just how we arrived here” says Eric Hynes writing for The Village Voice.

It's destined to become a cultural marker adds Hynes: "Just as our collective memory of Watergate includes Dustin Hoffman and Robert Redford, so will we look back on Generation Facebook with a vision of Jesse Eisenberg [who stars as Zuckerberg] in a hoodie and shower shoes."

Fincher and Sorkin "both do the best and ballsiest work of their careers," writes Peter Travers at Rolling Stone magazine, but the acting in The Social Network is superlative too. Jesse Eisenberg "delivers a tour de force," Rooney Mara plays Zuckerberg's girlfriend "like a gathering storm," and Justin Timberlake is "phenomenal" as Napster impresario Sean Parker. Most impressively, Andrew Garfield, who plays Zuckerberg rival Eduardo Saverin, is "shatteringly good, the soul of a film that might otherwise be without one." This is "the best movie of the year".

The Social Network may focus on modern communication, but "half the time I sat there marvelling at the similarities of the story, themes and structure to Citizen Kane," says Todd McCarthy at indieWIRE. "Stylistically and in feel, the films have nothing in common," but they explore classic kinds of characters - "difficult, unruly men whose lives fascinate because of the extraordinary things they did but also because of the callous ways they treated those closest to them."