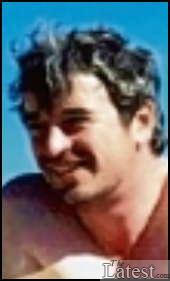 The girlfriend of murdered tourist Stephen Bennett has attacked the British Foreign and Commonwealth Office who, she claims, "misled and lied" to the family.

Kate Rea, 28, said the FCO has withheld information showing the Indian police's investigation into the brutal killing of Bennett (left) has failed to move on since January 2007. This is what Bennett's grieving sister told The-Latest about the cover-up six months ago: my-brother-stephen-was-murdered-in-goa

Father-of-two Bennett, 40, was found hanging from a mango tree in jungle 90 miles south of Mumbai in December, 2006.

Initially, police said Bennett, from Cheltenham, had committed suicide. They then claimed he was a drug addict and even questioned his sexual orientation but a week later admitted he had been murdered.

In January 2007, the Western Daily Press sent a journalist team to India and they uncovered a disturbing number of errors and discrepancies with the police's case.

Lord Malloch Brown, Minister of State at the FCO, wrote to the Indian High Commission on behalf of the family to see how the case was progressing.

Miss Rea claims the family was told a response was never received but a later blunder by an FCO member of staff revealed a reply had been received six months before.

"When Stephen was murdered, the Bennett family and I were told that we would receive the help and support of the Foreign Office," Miss Rea, also from Cheltenham, said.

"However this has not been the case at all. The family and myself have found the FCO to be uncooperative, ill-equipped and totally unaware of how to help victims' families. We have not even received a valid death certificate more than 18 months after Stephen's murder, and this is something the FCO claims to do for the families of British citizens.

"After one year of asking, a meeting was arranged with Lord Malloch Brown and he wrote to the Indian High Commission.

"Obviously, the reply to this letter was vital in determining how the investigation into Stephen's murder was progressing.We waited for the FCO to contact us with the Indian High Commission response but were told that there was no response.

"Then, by chance, Maureen, Stephen's mother, spoke to a new member of staff at the FCO, and she was told that a response to Lord Malloch Brown's letter had been received six months previously.

"Luckily Amanda, Stephen's sister, has a source at the consulate in India who has paraphrased the letter. It states that the investigation into Stephen's murder stands as it did in January 2007  — one month after Stephen was murdered.

"The FCO are protecting the credibility of the Indian Police and their pathetic excuse for an investigation. Through their inaction, the FCO are supporting this warped version of policing, rather than the British person murdered.

"They are covering up for a corrupt police force, rather than warning other tourists of the dangers in Goa.

"Stephen's family and I have been misled and lied to by the Foreign Office at one of the most difficult times." Amanda Bennett, Stephen's sister, added: "The FCO in my opinion could not be any lower. They will find ways to prevent helping anyone just in case there is any 'upset' at a diplomatic buffet. I imagine David Miliband has a lot of case files under his carpet."

A spokeswoman for the FCO said: "The Bennett family were informed about the replies we received from the Indian High Commission.

"The family subsequently submitted an FOI request for copies of all correspondence between the FCO and Indian authorities concerning the Stephen Bennett case since January 2008."

"In order not to inhibit or jeopardise our ability to work with the Indian Government on Stephen's case, and others, we believe that it is not in either the family's or the public interest to release the correspondence

'Best Dads In The World'

Media shunned as Michael Schumacher fights for his life