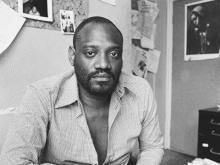 I met him in the late 1960s when I was working at the Notting Hill Adventure Playground and he was a member of the Mangrove, a restaurant and community hub on All Saints Road, Notting Hill, west London, owned by fellow Trinidadian Frank Critchlow. 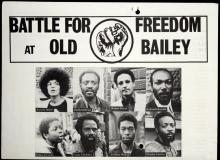 Darcus came to national prominence as a defendant in the high-profile Mangrove 9 trial. The Metropolitan police had targeted the Mangrove as a “place of ill repute”, claiming that drugs were sold there and other undesirable activities took place such as “uptown people”, including Mick Jagger and Keith Richard, of the Rolling Stones, hanging out and consorting with people like high society escort Christine Keeler, whose relationship with War Minister John Profumo and one of her Caribbean boyfriends, Lucky Gordon, who died last month, brought down a British government.

In truth, the Mangrove provided a symbolic space where locals and their guests socialised and discussed the issues of the day and organised against efforts by the authorities to suppress the rebellious spirit that was abroad in those “Swinging Sixties”.

The community, including Darcus, Frank and his brother Victor, mobilised against the continual raiding by police of the Mangrove and harassment of those people who went there. 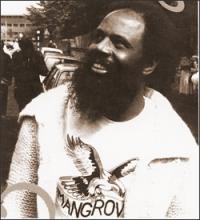 Darcus became a member of the British Black Panther movement, and in the summer of 1970 took part in a protest against the frequent police raids on the Mangrove, where he worked on the till. The restaurant had become a meeting place for Black people, serving as what Darcus called the "headquarters of radical chic". 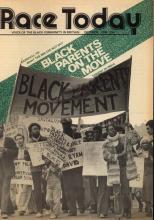 It was raided 12 times between January 1969 and July 1970 by police looking for drugs, and so 150 demonstrators marched from Notting Dale to Paddington police station to protest. Police tried to disrupt the march. Fighting ensued and officers arrested a number of the participants, later singling out the nine most active, who included Darcus.

The organisers said the violence was caused by racist police. Six weeks later, Darcus and eight others - the Mangrove Nine - were arrested for riot, affray and assault.

Darcus and four of his co-defendants were acquitted of all charges after a 55-day trial in 1971 at Britain's highest criminal court, the Old Bailey. He made an unsuccessful demand for an all-Black jury. A sophisticated collective strategy was organised by the Mangrove 9, including Darcus defending himself. The judge stated that there was "evidence of racial hatred on both sides" - the first acknowledgement from a British judge that there was racism in the Metropolitan police.

After the Old Bailey victory, Darcus went on to become a public commentator, journalist, activist, leader of the Race Today collective and editor of its monthly magazine of the same name during the 1970s and '80s.

I assisted the new Race Today in 1975, when they had to relocate from Kings Cross, north London, and they moved to a property that my Brixton youth organisation at the time, BYFHAA, controlled at 165 Railton Road, now occupied by the Brixton Advice Centre.

As a member of Race Today, along with other prominent Black activists, including Linton Kwesi Johnson, the celebrated dub poet, Leila Hassan, a former leader of the Black Unity and Freedom Party, and Farroukh Dhondy, who became Channel 4's multi-cultural commissioning editor in 1984.

Darcus became a leading figure in the New Cross Massacre Action Committee and was a leading organiser of the Black People's Day of Action that highlighted the death of 13 young people in a suspected arson attack by racists on a birthday party.

The “massacre” was met with indifference from Margaret Thatcher’s government, the mainstream press and the police, hence the slogan: "Thirteen dead, nothing said." Darcus helped organise a day of action, the largest ever political demonstration by Black people in Britain, on a working Monday, which drew more than 15,000 marchers. 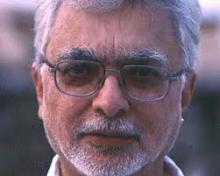 Darcus was also a leading figure in the establishment of the International Book Fair of Radical Black and Third World Books, the premier annual event of its kind at that time.

Later in the mid-1980s, after his friend Faroukh Dhondy became commissioning editor for minority programmes at Channel 4, Darcus found a consistent place in the broadcast media, making and presenting TV programmes such as Bandung File (1985-91), which he co-edited with Tariq Ali, and Devil's Advocate (1992-96), both Black current affairs series.

He later made the documentary White Tribe (2000) and the three-part Slave Nation (2001), taking a look at Britishness and whiteness. At different times, from the 1990s onwards, he wrote columns for the Evening Standard, New Statesman and The Voice.

Darcus retained his involvement with the Mangrove, working with their 'Mas and steel bands, and was particularly associated with the Carnival Development Committee, one of the main protagonist organisations involved in conflicts over the control and organisation of the annual Notting Hill Carnival, which, for a time, he chaired.

Even in the latter part of his life when he was afflicted with prostate cancer, first diagnosed in 2007, Darcus made a TV special, describing his experience of the disease and advised men of African-Caribbean origin to “get themselves checked out early” to maximise the chances of recovery.

Darcus Howe: a Political Biography, by Robin Bunce, of Cambridge university, and human rights activist Paul Field, was published in 2013 and in 2017 a paperback edition entitled Renegade: The Life and Times of Darcus Howe came out. 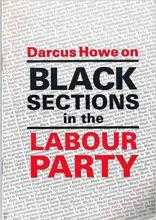 For 30 years, Darcus lived at famed Brixton - Britain's Harlem - in south London. He was a leading campaigner for the rights of Black people. Most people had firm views about him - for and against. He wrote a contrarian pamphlet on the Labour Party Black Sections in 1985, which saw him cross swords with the organisation's leader Marc Wadsworth, editor of The-Latest.Com, whom he was to feature in a controversial episode of Devil's Advocate about a clash between the Black-lead Anti-Racist Alliance and Socialist Workers Party-run Anti-Nazi League in 1994 that won a record amount of viewers for the series.

People held strong views about Darcus. The Black Unity and Freedom claimed he had sold out during a hedonistic TV career.

Darcus inadvertently gave The-Latest.Com a headline-grabbing scoop. James McGrath, the uncouth Aussie spin-doctor for Boris Johnson, when he was London mayor, was sacked in 2008 after he told Marc Wadsworth elderly Black people, whom Darcus had said in a Voice newspaper column didn’t approve of BoJo’s right-wing policies, should “go back home”.

What could not be denied was that Darcus was a ferociously clever public intellectual, mentored by his legendary uncle C. L. R. James, and a doughty fighter in the cause of Black and oppressed people's interests worldwide.

May his spirit find rest.