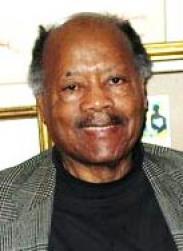 A pioneer, Ernest Dunbar, writer and editor for the old Look magazine was one of the first black reporters at any major national publication.

Sadly Dunbar died in New York, US, recently after a long illness.

Ever alert, he probed beneath the outer surface of evidence on political tours in Africa. He served as an advisor to [New York] Governor Averell Harriman on a 9-nation African fact-finding tour for presidential candidate John F. Kennedy in 1960 [while on a leave of absence from Look].

The results were innovatory. Dunbar’s Look pieces evoke the era: Inside Negro Africa: Crisis in the Congo: The Rude Awakening (1959). He covered prominent news developments and personalities including Martin Luther King and Malcolm X. His book The Black Expatriates: A study of American Negroes in exile (1968) appeared, significantly, in the turbulent sixties when exile with the prospect of a better life, however imperfect, seemed a paradise compared to racism and blocked opportunities in their homeland.