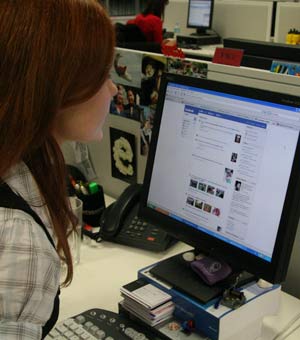 Over the last few years, Facebook’s growth has been phenomenal. The world’s no.1 social networking site recently beat Google to become the most visited website in the US for an entire week.

However, lately the site has also been receiving a lot of flak for its privacy policies.

An expert in online privacy has drawn attention to the five dangers of sharing information on Facebook. Joan Goodchild, senior editor at CSO Online (security and risk), claims marketing efforts by the company often results in a compromise on account holders' privacy.

Here are the five risks identified by Goodchild:

Your information is being shared with third parties.

According to Facebook policy as on April 2010, “When you connect with an application or website it will have access to General Information about you. The term General Information includes your and your friends’ names, profile pictures, gender, user IDs, connections, and any content shared using the Everyone privacy setting. ... The default privacy setting for certain types of information you post on Facebook is set to “everyone.” ... Because it takes two to connect, your privacy settings only control who can see the connection on your profile page. If you are uncomfortable with the connection being publicly available, you should consider removing (or not making) the connection.”

Privacy settings revert to a less safe default mode after each redesign.

In March, private email addresses that many Facebook users wanted to keep hidden were revealed publicly on a multitude of Facebook profiles. The glitch was later resolved by Facebook.

Recently, a Facebook event invitation was reportedly sent to over 2,300 friends of Jim Breyer, Accel Partners venture capitalist who sits on Facebook's board of directors, asking "Would you like a Facebook phone number?" However, the message was actually a scam and the users who entered their passwords in response to the message in turn sent the whole thing to their friends lists too.

"This was a phishing scam and Jim's account appears to have been compromised," read a statement from Facebook as provided to venture industry news site PEHub.

On May 6th, the popular social network patched a major security bug that allowed users to snoop on their friends' private chats, and view their pending friend requests. The exploit forced Facebook to temporarily disable chat.

Earlier this week, 15 privacy and consumer protection organisations filed a complaint with the Federal Trade Commission in the US, alleging that the site manipulates privacy settings to make users' personal information available for commercial use.

US Iraq and Afghan troops prone to alcohol abuse