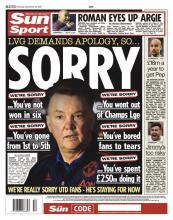 As Jose Mourinho prepares for life as Manchester United’s latest manager, one enduring memory of his embattled predecessor, Louis van Gaal, must be his final press conference. It should have been the Dutchman’s proudest day in the job, but instead his face was etched with anger as his contempt for the British sports media was laid bare.

Van Gaal’s battling United team had just won the FA Cup at Wembley, the club’s first major trophy since the retirement of Sir Alex Ferguson. But the press had moved on. Within minutes of the final whistle, the BBC’s Dan Roan and Simon Stone reported that Van Gaal was to be sacked and replaced by Mourinho. Despite an extraordinary live radio rant from former United player and pundit Paddy Crerand that the story (unusually for the BBC based on anonymous sources) was “crap”, it proved to be spot on. 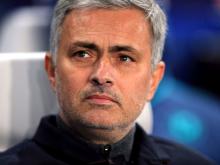 The exclusive was an example of tremendous journalism but the timing could not have been more embarrassing for the club and an unaware Van Gaal, who was told about the report by his wife. While it was inevitable that the press conference would then be dominated by questions about Mourinho rather than the match, Van Gaal brandished the trophy, refused to answer questions on his future and ended by sarcastically thanking the media for congratulating him.

Of course, the majority of fans and commentators would say his dismissal was inevitable, based on months of dull football and United’s failure to secure a place in next season’s lucrative Champions League. But part of Van Gaal’s frustration was also a six-month tsunami of negative coverage, including premature – and at many times incorrect – predictions of his departure.

Did the constant media attacks – including the Manchester Evening News calling for him to be axed on its front page – create a climate in which he had no chance to succeed? The answer is no, but a hostile sports media, coming at managers from all angles in the digital world, does surely increase the chances of failure.

Van Gaal would attract sympathy from other managers who endured similar front-page treatment – such as Aston Villa’s former boss Paul Lambert. But Sir Alex Ferguson himself withstood widespread press criticism in his early years at United to emerge as Britain’s most successful manager. He went on to build a power base on unprecedented success and football played with panache. In the end he was untouchable. His critics would still attack but they had no real ammunition with which to damage him. 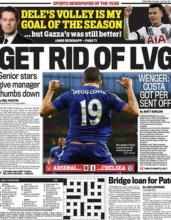 In 2016, though, the reach and power of the sports media is huge and growing by the day. With the proliferation and sharing of online, social media and mobile content – on top of saturation TV, radio and newspaper coverage – negative stories can create a spiral of gloom that make it much more difficult for managers to come back from poor performances.

The pen may not be mightier than league table standings at the end of the season, but it can also be as unpredictable as a Leicester City title win – and certainly subjective. In the immediate aftermath of United’s FA Cup victory, award-winning Daily Mail writer Martin Samuel was adamant that Van Gaal should take no credit, because the winning goal – a brilliant first-time volley from youngster Jesse Lingard – went against the coach’s rule to take a touch before shooting. Van Gaal, he contends, got “streaky”.

Mourinho’s United adventure will be determined by results on the pitch and the entertainment his team provides. But his chances of success will surely be lifted if he can win a few more friends in the media than Mr Van Gaal managed to cultivate.

*This story first appeared on The Conversation.com.