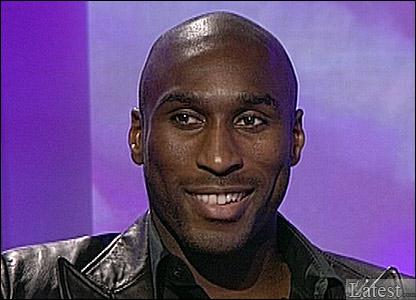 Soccer bosses in Britain have agreed to fund a video featuring high profile premier league players speaking out against homophobia. It is a ground-breaking world first for   sports chiefs.

The idea was put to the Football Association, the game's governing body, several months ago by Peter Tatchell, of the gay human rights group OutRage!, as way of challenging the anti-gay abuse hurled by fans at star players like Ashley Cole and Sol Campbell.

Spurs'   fans at the Tottenham v Portsmouth match on September 28 2008 subjected Sol Campbell to a torrent of homophobic abuse. This and previous anti-gay insults against Campbell included: "Sol, Sol, wherever you may be / You're on the verge of lunacy / And we don't give a f*ck if you're hanging from a tree / You Judas c*nt with HIV."

Throughout 2006 Arsenal fans taunted Ashley Cole about his sexuality, chanting "Ashley Cole is a rent boy" and other homophobic jibes. They also printed fake  £20 notes, which replaced the image of the Queen of England with an image of a tiara-wearing Ashley Cole in drag.

At a meeting at the FA headquarters in Soho Square, London, Tatchell's proposals were discussed by the FA and its partner equality and diversity organisation, Kick It Out, with the backing of the Professional Footballers' Association, which represents Britain's top players.

After years of lobbying, the FA has agreed funding   to make a MTV-style video against homophobia and now the search is on for an advertising agency to write a script and produce it.

The plan is to feature big-name stars players speaking out against homophobia, in order to make anti-gay chants look as stupid, ignorant and uncool as racist ones.

Tatchell said: "Our wish list of participating football stars   includes David Beckham, Cristiano Ronaldo, Rio Ferdinand, Peter Crouch, David James, Wayne Rooney, John Terry, Frank Lampard, Theo Walcott and Michael Owen. We're pressing the FA to get this video broadcast on TV and at matches on the giant stadium screens. We also want the FA to put it on YouTube and distribute copies to every school in the country.

"Our aim is to 'Give homophobia the boot' - to kick anti-gay prejudice off the pitch and out of the terraces. We believe this video will help challenge bigoted attitudes among fans.

"The video idea is a ground-breaking initiative that will have a huge, positive impact in football circles in Britain. It will also be a world first, since no other football governing body has even attempted anything as upfront and bold.

"We expect the video to have a global impact and reach football fans all over the world; helping break down prejudice and thereby make the game a more welcoming and safe sport for gay players and spectators - not just in Britain but internationally.

"Although it is only a minority of homophobic fans who are creating problems, they are quite sizeable and vociferous. Many gay spectators currently feel threatened and excluded. It is also a turn off for straight families to be surrounded by aggressive, homophobic hooligans.

"OutRage! has been pressing the FA for many years to tackle homophobia in the same way that it tackles racism. We are delighted that the FA has finally agreed to our video proposal. But we are also pressing for additional action to stamp out prejudice.

"The FA should impose big fines and match suspensions on players and managers who use anti-gay insults. Stewards should be required to identify fans who shout homophobic abuse and the FA should secure the agreement of the police to arrest and evict them - in the same way that they arrest and evict racist fans.

"Education against homophobia is even more important, in order to make the game accessible, friendly and secure for gay footballers and fans. The FA needs to secure the agreement of all clubs to feature anti-homophobia messages in their match programmes, on tickets and on billboards inside and outside football grounds.

"The appointment of Phil Scolari to manage Chelsea should have been vetoed by FA and Chelsea bosses. He had previously said he would refuse to have a gay player in his team. The FA should have not allowed him to take up his post until he renounced discrimination and gave an undertaking to abide by the FA's equality policies. If Scolari had said that Black players were banned from his team, there would have been uproar. He would have been immediately ruled out of the running for the Chelsea managership. Why the double standards?

"Sport is one the last great bastions of homophobia, and football (together with boxing) is the least gay-friendly of all sports. We need much tougher official action to root out bigotry," said Tatchell.

<p>What next you can`t call a player an idiot in case it offends M I N D. Saying a player shoots like a girl might offend Women.</p><p>One of the best reasons for going to a football match is that you can shout and insult someone else. I am working class and proud of it, I work hard and go to a match on a Saturday to support my team and also to insult the other team. This I do for ninety minutes and then go home feeling better ( or worse if they get beat).</p><p>I have never racially abused anyone at a game and infact would go out of my way to report anyone using such language, but I don`t see&nbsp;  were I am going wrong if I call an oponent player a &quot;big woose&quot; or shout at my own player for kicking the ball like a &quot;fairy&quot;, or calling a player who scores against my team a &quot;poof&quot;.</p><p>I don`t care what sexuality any player is only if he is any good but why should I have to conform to some &quot;Middle Class&quot; behaviour pattern. This is just another case of &quot;Gentrification&quot; of the game that I love <br /></p><p>&nbsp;</p>