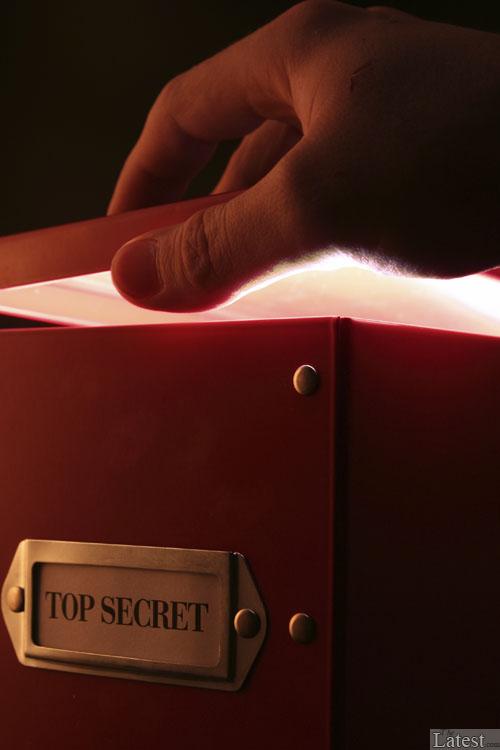 The account you are about to read by the Campaign for Freedom of Information resonates strongly with the experience of The-Latest. Some seven months after issuing an appeal to the Information Commissioner's Office (ICO) against a refusal by the mighty British Broadcasting Corporation to reveal information about staff and programming costs through our Freedom of Information Act request, we are still awaiting a decision. Whilst the BBC have made piecemeal concessions recently and revealed the salary and bonuses paid to some of its top executives in the wake of calls for greater transparency in public institutions and after much outcry about UK MPs' expenses, the BBC have not gone far enough.

The BBC, decided in December 2008 that Tv licence fee payers do not have a right to know how much money was spent in news coverage of the   monumental American presidential election which took place in November last year. They refused to fully answer questions about expenditure in a Freedom of Information request made by this website.

With the overall annual revenue from the licence fee accounting for nearly 75 per cent of the BBC's income we believe that it is in the public interest to know exactly how that money is spent.

The-Latest asked the BBC three important questions about their use of funds to broadcast the historic battle for the Whitehouse between John McCain and Barack Obama. We wanted to know:

1. How many UK BBC news correspondents, journalists and presenters were sent to America to cover the presidential election campaign in the last week of October and the first week in November 2008?

2. What was the cost to the BBC in air flights, hotel rooms, which hotel/s did they stay in, how much was the car hire, meals and other incidentals for journalists and presenters who went to America in the time period already mentioned, working for the main news programme at 6pm and at 10pm and local news?

3. With reference to the BBC Thursday night politics programme This Week hosted by Andrew Neil and the broadcast from New York on November 6, what was the cost of air flights for Neil, Diane Abbott and Michael Portillo? Which hotel/s did they stay in and what was the cost to the BBC for their board, food, drinks and other incidentals? How long did they stay in New York?

The Campaign for Freedom of Information report analyses nearly 500 formal decision notices issued by the ICO in the 18 months to 31 March 2009. The decisions were made under the FOI Act and the associated Environmental Information Regulations. It finds that -

1.On average it took 19.7 months from the date of a complaint to the ICO to the date on which the ICO's decision on the complaint was issued in 46% of cases it took between 1 and 2 years from complaint to decision.

2. A quarter of formal decisions took between 2 and 3 years while 5% of cases (23 complaints) took more than 3 years the longest case took 3 years and 10 and a half months.

3.Only 24% of decisions were issued within 12 months of the complaint.

Examples cited in the report include:

1. A complaint to the ICO in April 2005 about West Yorkshire Police's failure to release reports about gun related crime. The ICO investigation began in January 2006 and some extra information was released during the investigation. However its final decision, requiring additional disclosure, was not issued until March 2009, three years and ten and a half months after the complaint had been made.

2. The Department for Children, Schools and Families refused to release information about the government's decision in 2000 to require Leeds Local Education Authority to outsource many of its schools services to a council owned company, later managed by Capita. The Commissioner's investigation began 7 months after the complaint was received. However, the decision requiring the release of much of the withheld information was not published until the end of March 2009, 3 years and 2 months after the investigation began and 3 years and 9 months after the complaint to the ICO.

3. On January 1 2005 - the day the FOI right of access came into force - a request was made for the Foreign & Commonwealth Office's analysis of a report in the Lancet medical journal, estimating the number of civilian deaths in Iraq after the 2003 invasion. The ICO investigation did not begin until October 2006, 15 months after the complaint about the FCO's response had been made. Its final decision, requiring publication of some of the withheld information, was published in March 2009, almost 3 years and 8 months after the complaint.

The Campaign concludes that delays  "are sufficiently serious and widespread to represent a threat to the FOI Act's effectiveness and public confidence in it".

According to the report's authors, Maurice Frankel and Katherine Gundersen:  "A delay of 2 to 3 years or more in reaching a decision, as happens in over a quarter of cases means that even if the information is ultimately disclosed it may no longer be of interest or use to the requester. Requesters who experience such delays may be so frustrated by the experience that they become reluctant to use the Act again or to complain to the ICO about refusals. Delays may also mean that authorities carry on repeating mistakes over long periods, affecting many requests, before the ICO puts them right. Finally, if authorities calculate that they can safely withhold information for several years before the Commissioner compels disclosure, a minority may do so deliberately, just to  'buy time'."

However, the Campaign says that some decision notices are issued relatively promptly. It cites the ICO's decision to require the Ministry of Justice to disclose the list of sites that were being considered for the construction of new  'Titan' prisons. This decision was issued in March 2009 less than 4 months after the complaint.

The report also acknowledges that some information may be disclosed informally, as a result of the ICO's intervention, without the need for a decision notice. The lack of published information about such cases means they could not be included in the study.

The report says that delays by authorities in responding to requests are also a significant problem. The FOI Act allows the normal 20 working day period to be extended by a  'reasonable' period to consider whether to disclose exempt information on public interest grounds. However, some authorities have abused this provision. It cites the National Offender Management Service (NOMS) which wrote to some requesters every month for 12 consecutive months, taking a further 20 working day extension each time.

The internal reviews which authorities carry out before a requester can complain to the ICO are another source of excessive and sometimes deliberate delay, according to the Campaign. Examples include 15 months spent on an internal review by Greater Manchester Police, 21 months on a review by the Department for Business, Enterprise and Regulatory Reform and a review by NOMS which took 29 months. The ICO, recommends that such reviews should normally be completed in 20 working days and should never exceed 40 working days.

The Ministry of Justice monitors delays in the handling of requests by government departments, but the Campaign says serious defects in the MOJ's monitoring data exclude the most serious delays - including the NOMS and BERR cases above - from its statistics altogether.

The Campaign's report concludes that:  "The FOI Act has proved a major success in opening up many previously closed areas of public life. The decisions of the Information Commissioner, together with the Information Tribunal's rulings, have been at the heart of this success. However, its effectiveness is being undermined by the damaging delays described here. Significant improvements in both the efficiency of the ICO's complaint handling processes and its funding are essential if this threat to health of the FOI Act is to be addressed."