Filmmakers are urgently seeking cash to produce a new documentary that exposes the often tragic circumstances of homelessness, loneliness and isolation – particularly among the elderly – which is behind the huge rise in paupers’ funerals in the UK.

The-latest.com has launched a funding appeal to raise £8,000, with the hope members of the public will give generously to the good cause. Rewards for donors range from a thank-you on social media, a part in the film or top billing as the film's executive producer, which might put the lucky person on the road to a Hollywood career.

Editor of the-latest.com Marc Wadsworth, who will direct and produce Dying for a pauper's funeral, commented: "Britain is the loneliness capital of Europe. And the elderly are the hardest hit. Studies have consistently shown that one in 10 Brits is lonely. We're less likely to have strong friendships or know our neighbours than people anywhere else in the European Union. And a relatively high proportion of us have no one to rely on in a crisis. Our film will uncover a hidden story that is a national scandal of major public interest. This will be done by presenting a human face to some shocking statistics." 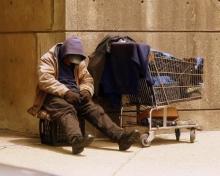 "Public health funerals or pauper's funerals, as they are commonly known, are carried out by local authorities for people who die alone or without relatives able to pay."

"The storyline of the documentary will be character-driven. The filmmakers will do in-depth research to reveal harrowing accounts of some of the hundreds of people each year who are cremated or whose final resting place is a multiple grave paid for by town halls. Co-producer Deborah Hobson said: ‘We will report on the shocking case, uncovered by us, of lonely pensioner Kingsley Idahosa, whose badly decomposed body was discovered by police in the bath of his Southwark council-owned, ground floor flat in January 2016." 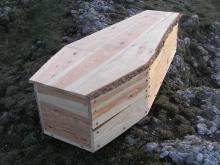 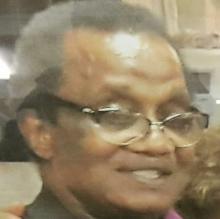 This was two months after a neighbour alerted housing officials that he had gone missing. Without family or close friends to fund or arrange his funeral, Kingsley was given a pauper’s funeral. The filmmakers also interviewed two grieving friends who had lost touch with him. Southwark council were so embarrassed by the national and local press coverage achieved by the-latest.com, which exposed the grim circumstances of Kingsley’s death, that they provided the money to give him a burial rather than the usual cheaper option of a cremation.

Dying for a pauper’s funeral will have an international dimension as it looks at the innovative plan by Danish charities’ to have dedicated cemeteries for the homeless worldwide.

The film will also examine the steps being taken by the government and voluntary organisations to tackle homelessness in the UK, especially in London, one of the richest capitals in the world.

Wadsworth added: "We want to raise people’s awareness of the very human stories behind the statistics around homelessness, loneliness and death. We want to ignite a debate about what should happen when the homeless and lonely die and what can be done to bring dignity to their end of life. In the last 10 years our organisation has developed a reputation for providing a platform for the views and voices of the under-represented and marginalised in society through our citizen journalism website, the-latest.com, where we publish their stories, videos, images and film. Big, corporate media have picked up our scoops." 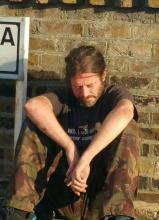 The-latest.com produced the ground-breaking film, Divided by race, united in war and peace (2013) which captured the personal testimonies of 14 World War Two former military personnel – black and white – in a moving, revealing, provocative and often witty format. They also worked with the BBC to produce a version of their original documentary, Fighting for king and empire: Britain’s Caribbean heroes, which was televised in 2015 and repeated in November 2016. The documentary received many plaudits, including being named programme of the day by a national newspaper.

The appeal has been launched to make sure the production gets to the final stages of completion.

* Richard Lance Keeble is professor of journalism at the University of Lincoln.

Two men tell their story of rough sleeping in the UK