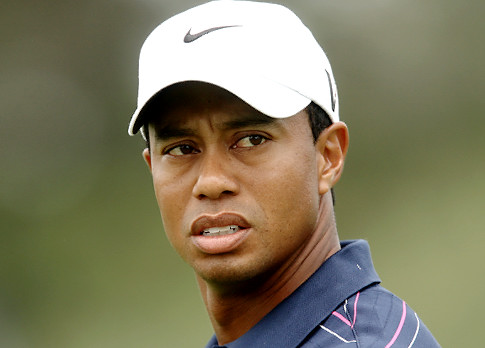 Upset Tiger Woods while he's preparing for a shot at your peril.

That was the lesson from Ponte Vedra Beach, Florida, US at the Player Championships this weekend after a golf fan who refused to stop heckling Tiger got the shock of his life when he was tasered by police.

Travis Parmalee, a 36-year-old man from Jacksonville Florida, was zapped with a Taser gun after he refused to stop yelling at Woods and security guards called the sheriff.

Parmalee, who had clearly been drinking, became "more combative" when the sheriff's deputies arrived. At that stage, they decided there was only one solution.

They may have been encouraged by the use of a Taser by police on a recalcitrant baseball fan in Philadelphia four days earlier. On this occasion, a teenager called Steve Consalvi ran onto the outfield during a Philadelphia Phillies game. Rather than tackle him to the ground - the traditional method of apprehending baseball fans who get over-excited - Consalvi was tasered.

Police are now investigating whether it was an appropriate use of force after the 17-year-old apparently "went down like a sack of potatoes".

There's been no word from Tiger on the way his fan was treated. But given the ice-cold glares he's handed out over the years to spectators who have deigned to whisper or - God forbid - receive a text message or take a snap while he's lining up a shot, it's safe to say he probably felt the punishment was just about right.

Whether Parmalee's heckling played a part or not, Tiger bowed out of the event on Sunday, citing a painful neck after completing only six holes of his final round.